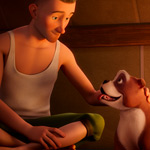 Fun Academy Motion Pictures is uniting with Variety – the Children’s Charity of Southern California to co-host the world premiere of animated family feature Sgt. Stubby: An American Hero as a fundraising benefit for Variety and the Boys and Girls Club of Boyle Heights. The event will be held Tuesday, March 27 at the Regal L.A. LIVE in downtown Los Angeles, with a red carpet entry at 4:30 p.m., reception at 5 p.m. and screening at 6 p.m.

Tickets and event sponsorships are available to allow kids from underserved local communities to attend; all net proceeds will be donated to Variety – the Children’s Charity of Southern California, which has been serving the LA area since 1941.

On March 28, the day following the world premiere, additional co-hosted screenings in 14 cities across the U.S. and Canada (a first in the charity’s 90-year history) to further benefit Variety programs that provide life-saving, life-changing and life-enriching equipment and services to children who have a disability or are disadvantaged.

The film opens in theaters nationwide on April 13.

“We are delighted to partner with Variety – the Children’s Charity to host the world premiere screening and multi-city tour of Sgt. Stubby: An American Hero,” said Richard Lanni, director of Sgt. Stubby and founder of Fun Academy. “We are excited to host 500 children and their families from organizations supported by Variety SoCal, including the Variety Boys and Girls Club of Boyle Heights, at our world premiere to enjoy this dog’s eye view of American history that kids will love, parents and educators will appreciate, and all ages can enjoy together.”

Featuring the voices of Logan Lerman, Helena Bonham Carter and Gerard Depardieu, Sgt. Stubby: An American Hero is based on the incredible true story of the unbreakable bond between a young Soldier and a stray dog who, for his valorous feats, is still recognized today as the first dog promoted to the rank of Sergeant in the U.S. Army. Stubby is the most decorated dog in American history and is widely considered the forerunner to the U.S. Army’s working dog program. Set against the backdrop of America’s entry into World War I, this computer-animated feature shows the world that the greatest heroes can come from the unlikeliest of places in a heartwarming “tail” for the entire family.

“Variety – the Children’s Charity of Southern California is honored that Fun Academy Motion Pictures will premiere this heartwarming story to benefit children with special needs in our community. The children whom Variety supports overcome adversity every day. The inspiring story of Sgt. Stubby is one that the kids will really enjoy,” added John C. Hall, President of the Board of Directors of Variety of Southern California. 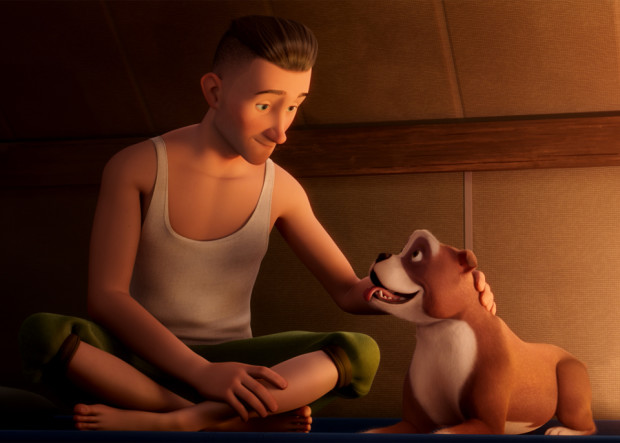 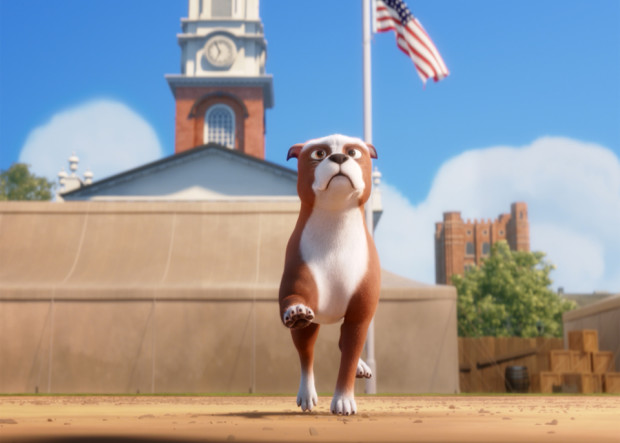 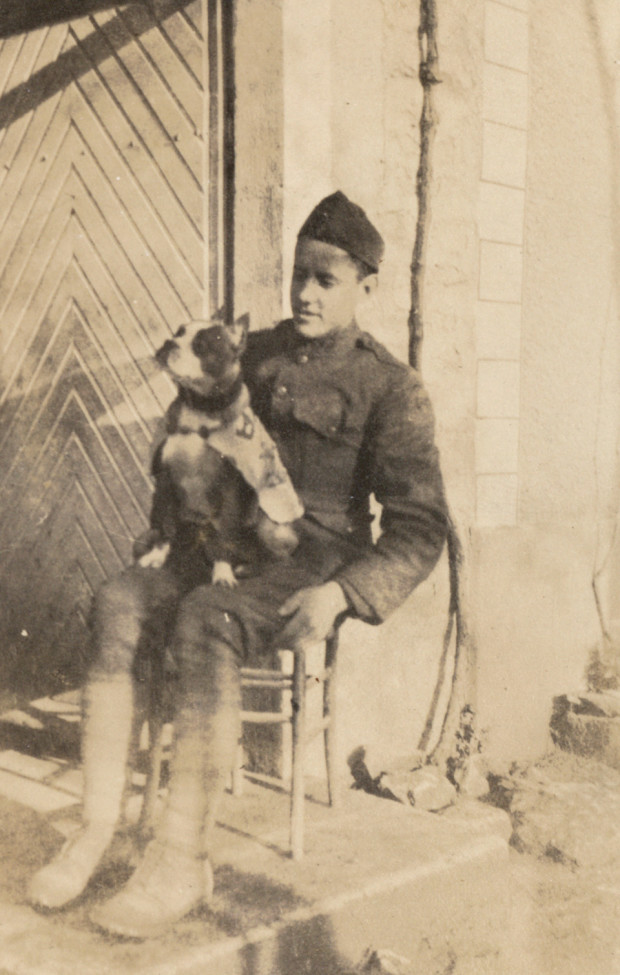 Conroy and Stubby (courtesy of the Connecticut State Library)