AM2, the multi-day convention for Asian music, anime and manga friends held in Anaheim, Calif. (June 15-17), has announced it will screen the Fullmetal Alchemist: The Sacred Star of Milos feature during its three-day event this year.

Based on the popular Fullmetal Alchemist  franchise, the film finds the Elric brothers lead by a mysterious fugitive alchemist to a distant slum valley inhabited by a proud people known as the Milos, who are struggling against bureaucratic exploitation. A rising rebellion and the temptations of the powerful Philosopher’s Stone to a young alchemist named Julia bring the film’s action to its exciting climax. Directed by Kazuya Murata and Mike McFarland (U.S. version), Milos is produced by Japanese studio BONES.

In addition, those who purchase passports to the event will be entered to win two tickets to the film’s red carpet premiere event this month. The event, to be held at the Downtown Independent in Los Angeles starting at 8 p.m. on Jan. 20, will offer fans the chance to walk the red carpet, see the film and enjoy a Q&A with Murata, McFarland, BONES president Masahiko Minami and members of the U.S. voice cast, including Vic Mignogna. 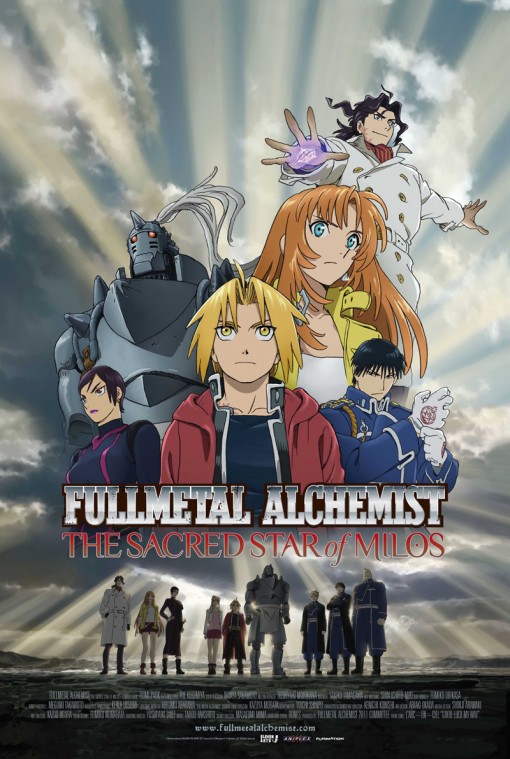 Visit www.am2con.org for more details and to purchase a passport to the event.