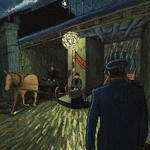 France’s top film events come together to bring animation to the Croisette in the new Annecy Goes to Cannes showcase.

Cannes and Annecy have long had their respective territories when it came to hosting France’s most prestigious film events.

Cannes is the definitive event for independent and global cinema — an event awash in established, up-and-coming and wannabe actors, directors and films with aspirations to art. Annecy has done much the same for animation, its reputation for showcasing breakout films and talent having grown significantly in the past few decades.

So it only makes sense for the two to come together in a new partnership that will see Annecy present four international animated feature projects at the Cannes Film Market to give those films exposure to a wider market in a new setting.

Here’s the scoop on the four films to presented at the Annecy Goes to Cannes showcase, scheduled for May 16 from 10 a.m. to noon in salle Bory at the Palais des Festivals. 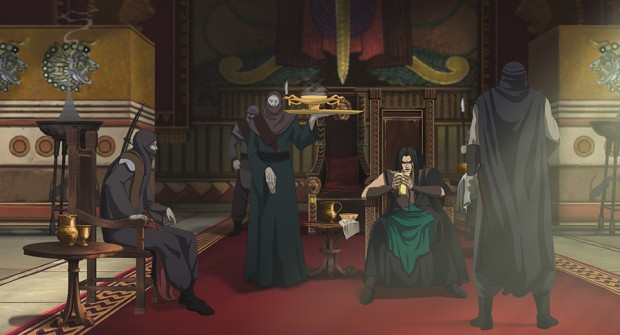 Producer Pooyan Mokri plans to present the debut of the second trailer for the project as well as screen about 20 minutes of footage from this 2D film based on an epic poem called the Shahnameh, which tells the mythic and historical past of the Persian Empire.

The project began in 2009 and was part of the MIFA Pitches program at Annecy in 2013. More than 100 artists are working on the film, which is scheduled for release in November 2017.

Mokri says the quality of the film is high while the budget has been kept low, which should make it appealing to the international distributors and buyers attending the Market. 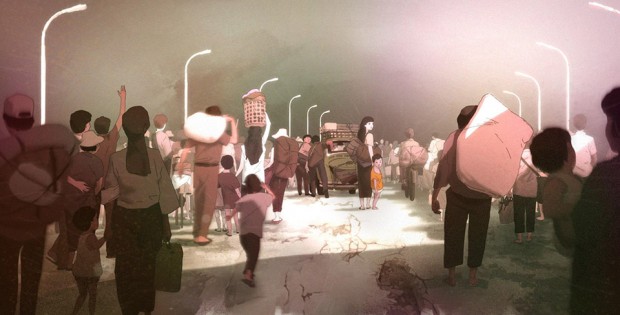 Production is scheduled to begin in June on this feature, the first from director Denis Do. The film is inspired by the real story of Do’s mother and brother during the Khmer Rouge regime in Cambodia.

Do says the movie is not a documentary, but he says it will not flinch from reality. “Without directly explaining all the political facts and situation during the Khmer Rouge regimes, we will dive into it,” he says. “It’s a movie about family, memories, love, fear, hatred, selfishness, hope. And, of course, it’s not very common to have such a story in animation.

Producer Sebastien Onomo plans to present a teaser trailer, part of the animatic and images from various scenes in the movie.

He says the movie has a financing gap and would warmly welcome new partners. 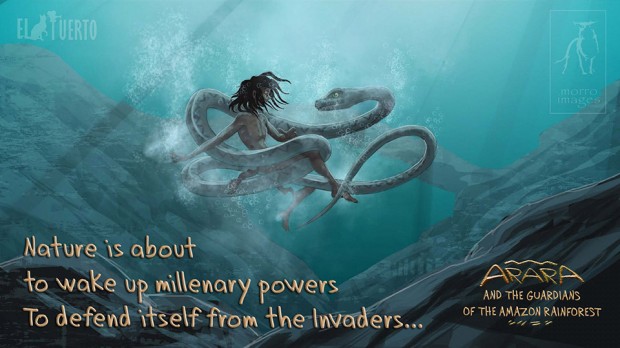 Arara and the guardians of the Amazon Rainforest

Arara and the Guardians of the Amazon Rainforest

Not too much is known about this in-development family comedy, a Colombia-Germany co-production.

It tells an adventure tale that follows Mujuy, an indigenous boy from the Amazon Rainforest who has three days to save his girlfriend after she is kidnapped during a shamanic ritual.

On his journey, he joins forces with animals from species in danger of extinction against the international poachers organization. 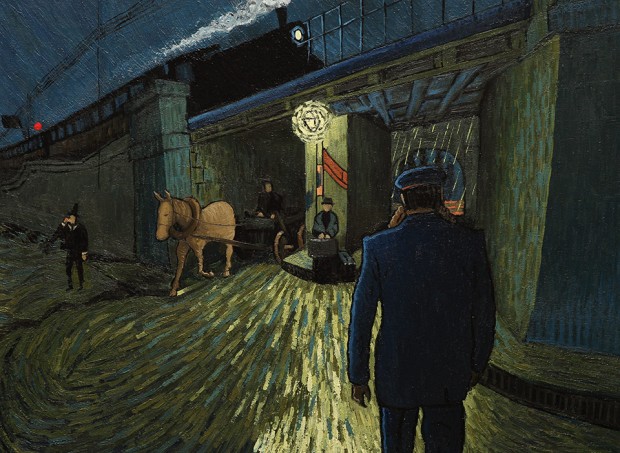 Based on the letters and painting of Vincent Van Gogh, Loving Vincent has generated significant media attention across the globe as the world’s first feature-length painted animation after a trailer was released in March and went viral on social media.

Animation Magazine: Why did Annecy decide to take animated films to Cannes and present them in this manner?

Mickaël Marin: This decision emphasizes our growing support for animated projects, especially animated feature films. These four films have all been to Annecy, one way or another, during the MIFA Pitches or in our Work In Progress sessions. We also want to create a synergy between the biggest event dedicated to animation and the biggest film festival and market in order to maximize the chances for projects to be acquired and distribute worldwide. It’s a great addition to the highlights of their presentation during Annecy, and allows us to follow up with the features from pitching project to theatrical release.

Animag: What was the process for deciding which projects to present at Cannes?

Marin: We made a priority to showcase feature films which were advanced enough to attract buyers. Our goal is also to present a wide range of styles and geographical origins as a reflection of today‘s animation.

Animag: What has been the relationship between Annecy and Cannes over the years?

Marin: We’ve been working closely with Cannes for a long time and we wish to go further into this collaboration. It seemed like an outstanding opportunity for Annecy when Jérôme Paillard and Julie Bergeron (from the Cannes Market) presented this concept. We quickly decided to accept to give another dimension to Annecy’s presence in Cannes.

Animag: What do you hope the presentation will do for both Annecy and for the projects you’re presenting?

Marin: There’s a growing trend in the industry as more companies, specialized in animation or not, chose to distribute and invest in animated feature films. We’re confident that Annecy and MIFA will be the cornerstone of project financing and distribution. Increasing our visibility in Cannes means also tying up new relationships with professionals who’re not familiar with Annecy. This is a good shot for projects to discuss with buyers and investors. We hope that these feature films will get to wider distribution thanks to our work in Cannes.

Lastly, it’s also the occasion to promote animation, which has always been growing and developing throughout the globe. This year testifies that it’s still growing thanks to our remarkable festival program and the MIFA, which is growing in number of attendees, stands and surface.

You may also like...
Related Topics:Annecy Goes to Cannes, Arara and the Guardians of the Amazon Rainforest, Funan, Loving Vincent, Mickael Marin, The Last Fiction