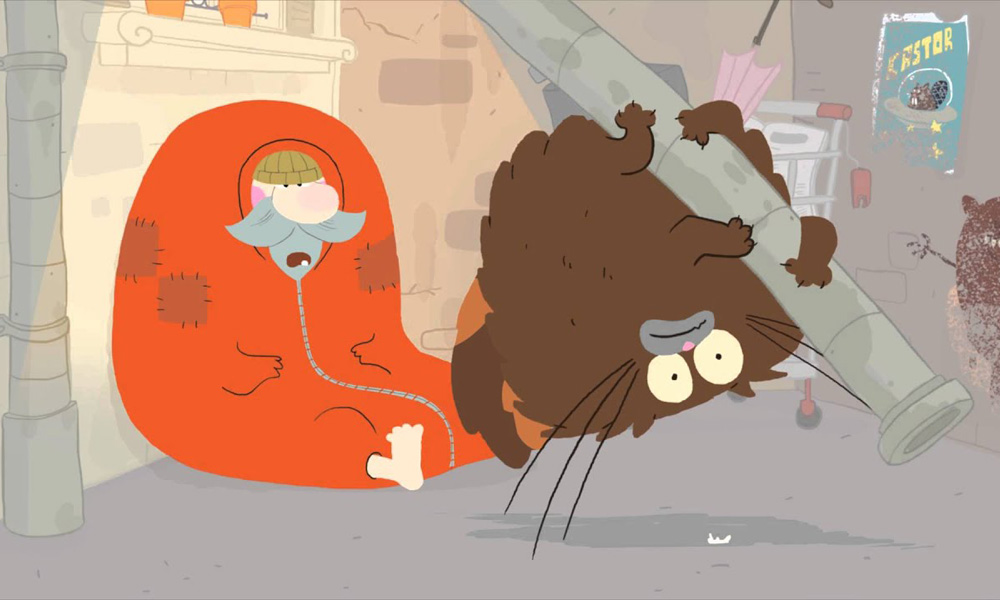 France TV Distribution is bringing a diverse slate of new programs to the upcoming MIPDoc and MIPTV markets in Cannes, including two brand-new animated series projects.

Super Caribou (52 x 11’), produced by Autour de Minuit, is based on the Michel le Caribou series of books by Magali Le Huche (Actes Sud). In the lovely town of Brisiae, the town hall, post office, café and bus stop will charm you. Don’t hesitate to come and visit. This is a town where nothing happens! … Nothing? Really? That would be true, if it weren’t for the improbable inhabitants of Brisiae and their crazy antics. Luckily Jeremy the superhero caribou watches over the town like Superman over Metropolis!

Grosha & Mr. B (52 x 11’), produced by La Station Animation, is an ambitious animated series with an original concept about two feline detectives. Grosha and Mr. B work as a team at the Special Bureau of Investigation (SBI). The two agents have diametrically opposed methods and characters, and their job is to solve the wackiest of criminal cases. Grosha, the cat from a modest background, and the aristocratic Mr. B are backed by the SBI’s brilliant team of experts led by Miss Tigri: Turbo, the forensic tortoise, and Paquo and Paco, the two flying-squad pigeons. 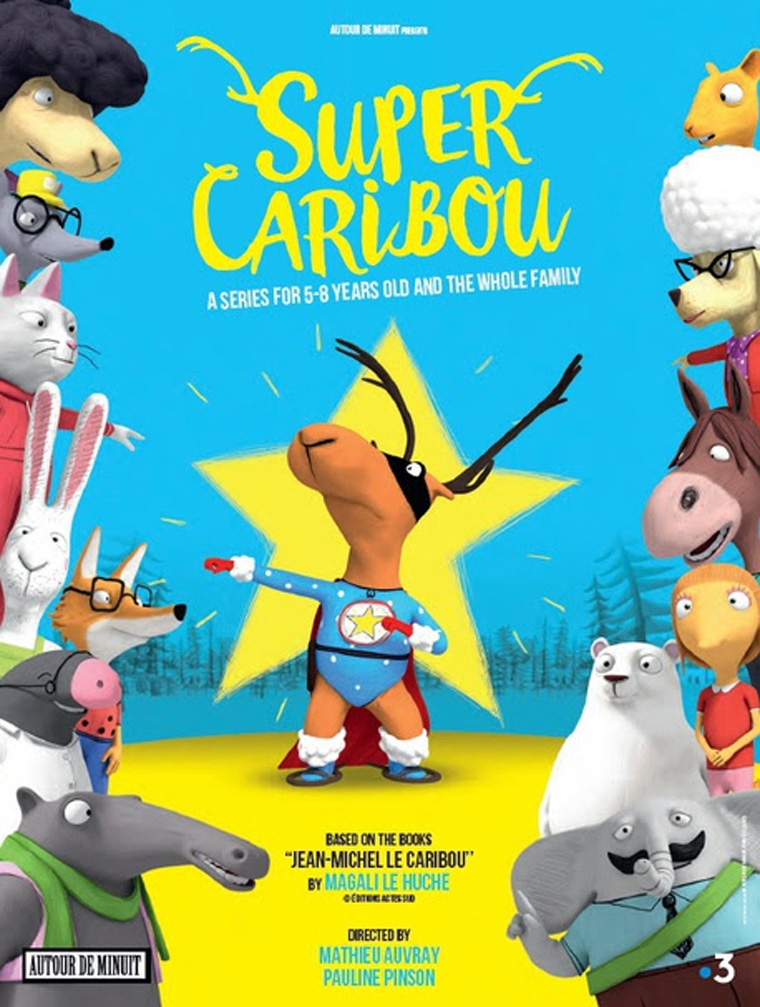 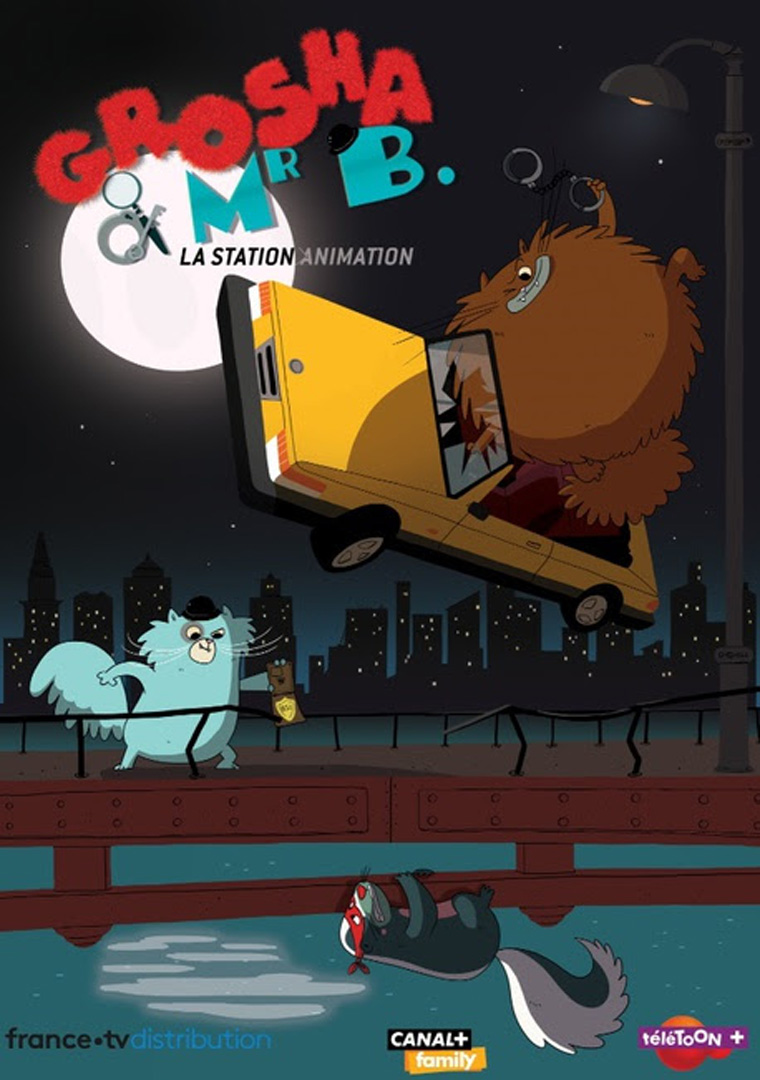