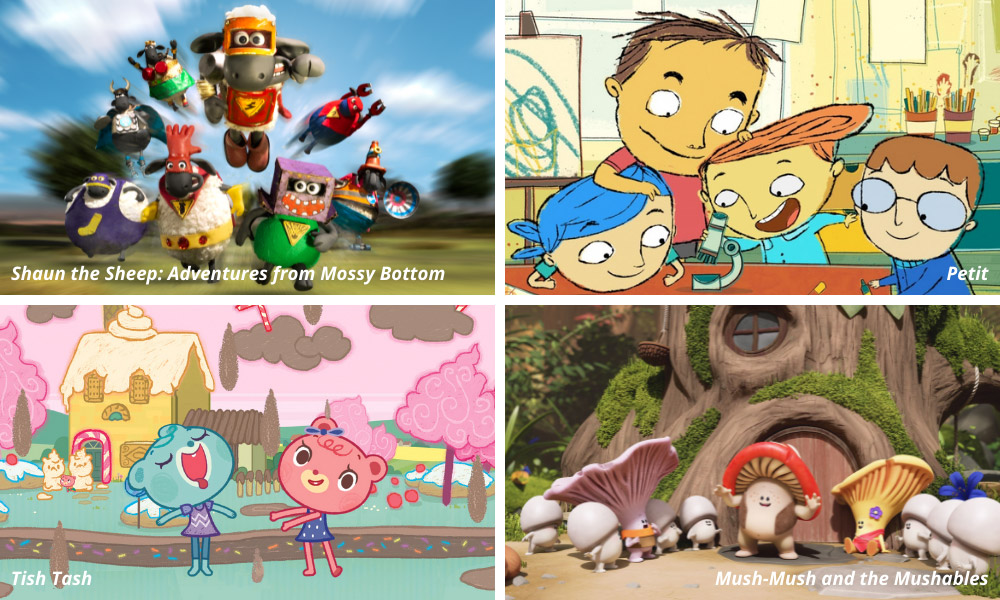 Nominations for the International Emmy Kids Awards were announced today by the International Academy of Television Arts & Sciences. There are 12 nominees across three categories, including four series up for the animation award.

“Children see and learn much of what they know of the world through the stories and characters they watch on television.” said Bruce Paisner, President & CEO of the International Academy of Television Arts & Sciences. “We congratulate the nominees for their outstanding talent in entertaining and educating young viewers worldwide on a diversity of topics that impact their everyday life.”

Nominees in the Kids: Animation category are:

Mush-Mush and the Mushables (La Cabane Productions / Thuristar and Cake Entertainment; France) Mush-Mush & the Mushables follows the comedy adventures of the Mushable community as together they put the fun back into fungi!

Petit (Pájaro / NonStop / Pakapaka / Señal Colombia; Chile) Petit always breaks the mold. Everyday events like swimming classes, a challenging homework or a simple bug bite are just starting points for Petit, who will always manage to scale things up by thinking way out of the box. He challenges the established rules and finds his own unique answers.

Tish Tash (Studio Gale / Big Crunch Entertainment / Korea Educational Broadcasting System; South Korea) Growing up can be tough, especially when you’re a family of bears. Luckily Tish has a ridiculously huge imagination and an imaginary friend Tash. No matter what troubles they face, they can create new worlds around themselves and solve any problems that life throws at them.

Winners will be announced during an online presentation on Tuesday October 12, 2021 at 9 a.m. ET on the International Academy’s website: www.iemmys.tv.