Inside Out is the subject of two presentations this year. Tanja Krampfert, an alumna from the Institute of Animation at the Filmakademie Baden-Wuerttemberg and a Character TD at Disney-Pixar, will discuss the creation of the bubbly character Joy, while Director of Photography Patrick Lin sheds light on the special camera structure set-up that was designed to parallel the main character’s emotional journey.

For another animated highlight, Sabine Heller (Blue Sky Studios) will demonstrate the character development from comic strip to 3D of Charles Schulz’s Peanuts as part of “The Art of Animation” track, and Dave-Alex Riddett (Aardman Animation) will explore cinematography for stop motion from a narrative perspective.

On the visual effects side, Christophe Hery’s “Lighting & Rendering” track focuses on blending realities of lighters and renderers (i.e. in a 100% digital environment) with the realities of DoPs and cinematographers (i.e. real light environments). Presentations will cover lighting for The Martian (with Sebastien Gourdal, MPC) and Mad Max: Fury Road (Dan Bethell, Iloura). VFX Producer Camille Cellucci will talk about virtual production for Robert Zemeckis’ biopic The Walk. And Michael Pangrazio (Weta Digital), who has just wrapped up work on Steven Spielberg’s upcoming The BFG, will discuss his approach to creating concept art. His long resume goes back to creating matte paintings for The Empire Strikes Back and includes many interesting milestones like the creation of the Disney film logo.

And tackling the brave new world of virtual reality will be Kim Adams (Source Consulting, for Google Spotlight Stories), hosting the “Storytelling in Virtual Reality” panel discussion. Panelists include Jan Pinkava, who directed the Pixar Oscar-winning Ratatouille and is now working as Creative Director of Google Spotlight Stories, as well as Jason Fletcher-Bartholomew and Tim Ruffle (both of Aardman Animations), Chris O’Reilly (Nexus Productions) and Jacquie Barnbrook (The VR Company). Andy Cochrane (Mirada Studios) will present “Creating Narratives For Virtual Reality,” showcasing Mirada’s work, while Chris O’Reilly will explore VR storytelling, using the example of Nexus’ 360° VR film project Rain or Shine for Google Spotlight Stories. And Andrew Daffy, former CEO of House of Curves, will share how he directed the popular Avengers VR Experience for Framestore, which is used by Samsung to demo the Gear VR. He will also reveal how the 360-degree previz was realized.

FMX 2016 is also planning interesting looks at the cutting-edge of gaming and the latest production technology. More information is available at fmx.de. 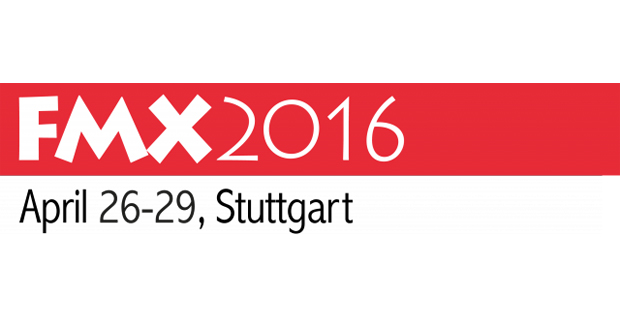