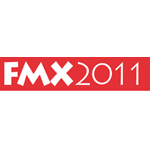 Tron, global production and open source software and hardware are on the agenda of the 16th annual FMX Conference on Animation, Effects, Games and interactive Media, set for May 3-6 in Stuttgart, Germany.

“This year we would like to harness the extraordinary creativity from the digital industries to present the most exciting themes,” Jean-Michel Blottiere, FMX program chairman. “We will focus on technical issues such as previz and editing in 3D; how open source can influence the industry; focus on lighting; interactive software and technology. We have a few special surprises in the pipeline!”

Here is how FMX described the topics for 2011:

The 1982 cult-classic Tron that inspired a generation of animators and filmmakers will feature in a special presentation by award-winning director of animation and computer graphics Bill Kroyer – one of the first animators to make the leap to computer animation as Computer Image Choreographer on Disney’s ground-breaking feature. Kroyer will present behind the scenes footage and reveal the technology used at the time.

FMX will host a special feature on Tron: Legacy including contributions by Digital Domain. At the time of going to press Tron: Legacy has just been placed on the Academy Awards shortlist and the Visual Effects Society VES Award list.

Global Production is altering how the industry works, allowing for continuous work-flow, distributed workplaces and co-financing. Convergence is getting faster and the complexity of production is rapidly growing.

“The entertainment industry is changing so fast that you can do anything, anytime, anywhere, as long as you build both a proper pipeline and successful business model,” said Eric Roth, Executive Director of the Visual Effects Society. “Our Global Production Track will highlight the truly crucial issues and trends that all serious digital artists will want to know more about,” added Roth.

Eric Roth will host this track focusing on key people across all media – games, film, television and social platforms – to discuss how these changes will influence the industry; how to deal with new ways of distribution and the rapidly growing industries in Asia.

Open Source hardware and software applications are changing the nature in which we use technology across many areas. Software executive Dan Candela, Director of Technology at Walt Disney Animation Studios will host a track on how the CG world is influenced by Open Source technology and what impact this will have on conventional approaches.

FMX is held in conjunction with the Stuttgart Festival of Animated Film and the Animation Production Day.

Tickets and combi-tickets for FMX and ITFS can be purchased through www.fmx.de at the end of January.