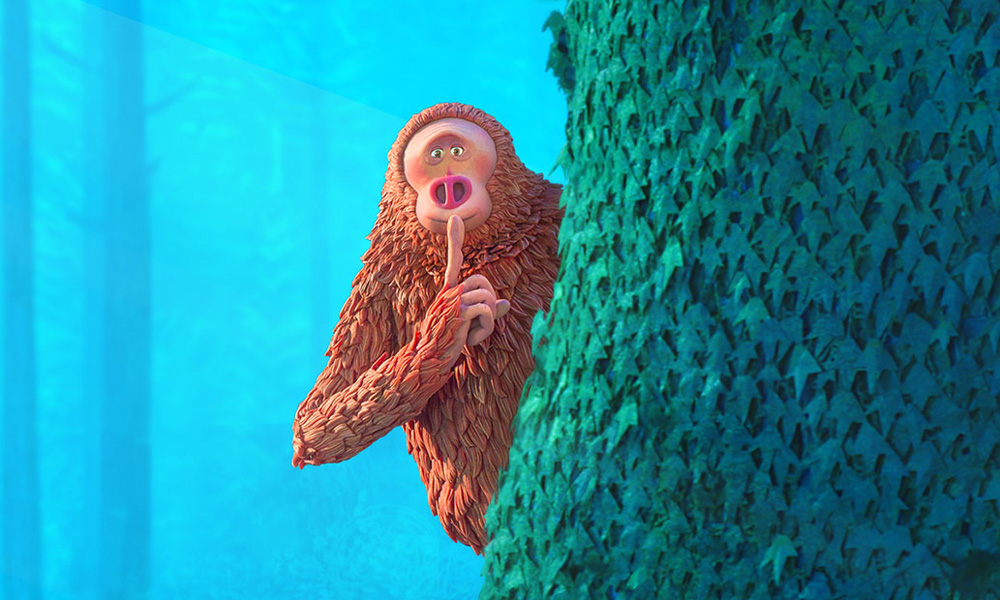 More delightful and intriguing programming has been added to the lineup for FMX 2019, taking place April 30-May 3 in Stuttgart, Germany (www.fmx.de). The latest highlights include a “Wild & Strange” indie animation spotlight, Oscar-nominated Spider-Man: Into the Spider-Verse, stop-motion adventure Missing Link and an “Open Source” track on shared technologies. Plus, the show’s second trailer: CatPlanets!

The Wild & Strange track, curated by Jeanette Bonds (Director/Co-Founder GLAS Animation) will feature some of the most inspiring indie animators and their unique stories. One of the artists who has been attracting a lot of attention in the field of independent animation is British filmmaker Sophie Koko Gate. Known for her strong artistic style, distinctive narrative sensibilities and bringing bold and colorful characters to life, Gate has been in the limelight of the indie animation community ever since she released her successful graduation short from Royal College of Art, Half Wet. Her most current work includes Darcy A/S/L, produced by Adult Swim, and Slug Life, which continues her series of bright and expressive shorts films.

The track also features Michael Frei, whose subdued yet powerful film Plug & Play has been an international success, talking about his latest project KIDS. He will be followed by Boris Labbé, whose latest experimental film La Chute has been receiving huge critical acclaim. Tomek Popakul, who is known for his films Black and Ziegenort, will round off the series of talks discussing his film Acid Rain, which recently premiered at Sundance Film Festival in Utah.

Danny Dimian, VFX Supervisor at Sony Pictures Imageworks, oversaw work on Spider-Man: Into the Spider-Verse for Sony Pictures Animation. In the FMX track The Art of Animation, he will give a talk on the recently Oscar- and VES Award-nominated movie, which is the first animated feature film in the Spider-Man franchise and broke new ground by combining computer-generated animation with hand-drawn comic-book techniques.

Another presentation in the The Art of Animation track will feature a look at the new stop-motion feature Missing Link (2019), produced by LAIKA. The presentation will be given by Steve Emerson, an Oscar-nominated visual effects supervisor. Emerson has contributed to all of LAIKA’s acclaimed works: Coraline (2009), ParaNorman (2012), The Boxtrolls (2014) and Kubo and the Two Strings (2016).

Developed in partnership with the Academy Software Foundation, the Open Source track highlights cross-industry efforts to develop shared technologies for image creation, visual effects, animation and sound. The track is curated by David Morin, Head of the Epic Games Lab Los Angeles and Executive Director of the Academy Software Foundation (ASWF). Created by the Academy of Motion Picture Arts and Sciences and the Linux Foundation, the mission of the ASWF is to provide a vendor-neutral forum for open source development across the motion picture and broader media industries.

In 2019, FMX will release four different trailers for the first time. Each of the areas named in the FMX subtitle – Animation, Effects, Games and Immersive Media – will be represented with their own trailers, each of them unique in technique, style, and story. After Wonderful World, standing for VFX, the second FMX 2019 trailer CatPlanetsrepresents the Animation category.

CatPlanets (created by students at Filmakademie’s Animationsinstitut) tells the story of what happens if cats don’t get their way. As a girl refuses her cat a snack, she gets beamed into another galaxy, ruled by giant cats. Will the girl make her way safely through the chaotic universe and finally bring order to the whole cat mess?