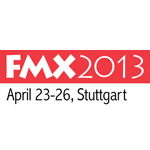 Not even a Lufthansa airlines strike could keep FMX 2013, the renowned conference on animation, vfx, games and transmedia, from starting Tuesday (April 23) in Stuttgart, Germany. An anticipated 3500 attendees from around the globe, including heavy-hitters from Pixar, Autodesk, Ubisoft, industry professionals, students and enthusiasts arrived for an array of panels, workshops, screenings and discussions to explore the impact of the latest developments, trends and risks of the digital age as they pertain to this year’s theme “Lean, Smart and Agile.”

Some of the day’s highlights were the transmedia keynote address from acclaimed children’s best-selling German author Cornelia Funke (The Thief Lord, Inkheart). For her, the main theme was about using technology as a companion to traditional methods of storytelling. In conjunction with Guillermo del Toro’s Mirada Studios, she and producer Andy Merkin created an interactive app called MirrorWorld for the iPad. It’s comprised of all her Reckless books and creates a visual digital experience for readers. The app enables them to discover more about the story, characters and the best-selling author’s rich, magical world.

Funke described the process of working with Mirada as a blending of the old craft and new craft coming together to create something new.

“I wanted them to build me a ’breathing book,’ something we could invent together,” she said. “The app would fall in between a game and a movie. For adults and not for children.”

The relationship with Mirada allowed Funke to explore corners of her literary world she had never seen before. The studio suggested themes and ideas for the app closely based on the books. She then wrote five short stories, which were developed into the interactive content. 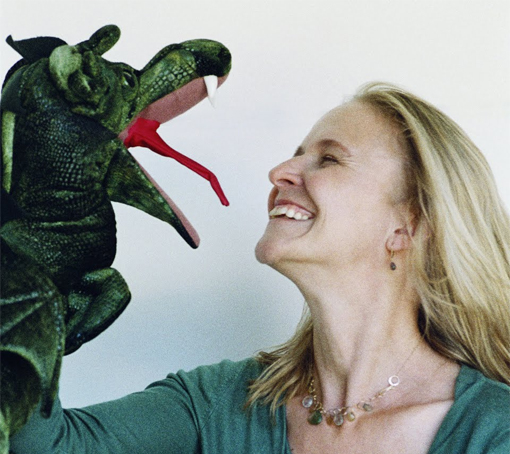 “As an illustrator and writer, creating the app opened up lots of creativity and inspiration.”

Like most novelists who have watched their work undergo the studio film development process and be turned into, as Funke put it, “…a movie experience that neither explored nor taught anything about her story’s world,” she found the transmedia project deeply satisfying. She participated in all aspects of creative control. From conception to cover art to packaging., MirrorWorld turned out exactly how she wanted it to be.

Christophe Hery, senior scientist at Pixar Animation Studios, and curator of the conference’s lighting track for the past ten years, offered another perspective on the conference theme.

“Technology has made it possible to work faster and more creatively. Images have become artistically richer. With the right tools, work can be done economically. If done well, we can have it all and be lean, smart and agile.”

He also saw FMX as a great opportunity for students and professionals to be exposed to more ideas and to bring about change in the related fields.

“It’s not just about witnessing change and the trends but participating in change.”

In the afternoon, Hery presented a talk on innovative lighting models and rendering methods for the new Pixar short The Blue Umbrella. 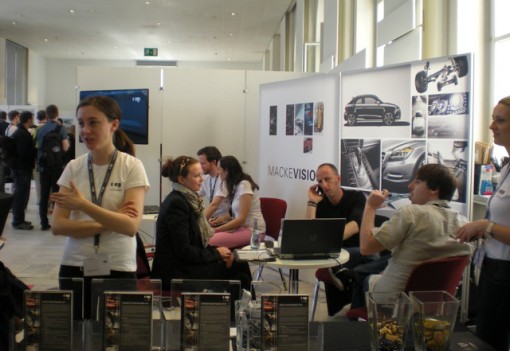 A bustle of activity went on at the event’s Recruitment Hub where talent scouts from international animation and VFX companies, game studios and ad agencies reached out to future employees. Armin Pohl, CEO of Mackevision Medien Design, the premier producer of breathtaking CG visualization for car companies like Mercedes Benz, shared his company’s perspective on the industry’s developments as it applies to FMX’s theme.

He began in the field 18 years ago as a 3D compositor in a classical video production house, which created films and commercials for car company clients. He experienced firsthand how economic changes had affected the automotive landscape.

“2008 was a bad year for the car industry. We had to devise ways to be cost efficient, smarter and faster while using the full force of CG technology to deliver the best work on the market.”

When asked his views on the impact of cost-cutting and streamlined technologies as pertains to the current VFX crisis, he expressed a sage point-of-view.

“Automatization is neither good nor bad, but a natural evolution.” However, he reflected there will always be demand for highly skilled people to take care of work quality and storytelling. Technological advancement must still resonate with people to matter. “It’s all about emotion, still connecting us to the rest of the species,” he said.

The most poignant part of the day came from Rhythm and Hues’ compositing supervisor Chris Kenny, as he began his talk on the “unfilmable” Life of Pi. “We’re still here but we’ll never be the same,” he said, referring to the companies recent financial troubles and subsequent sale to Prana Studios. He then went on to deliver fascinating insight into the problem solving and VFX pipeline involved to create the company’s visually arresting work for the Oscar-winning movie. 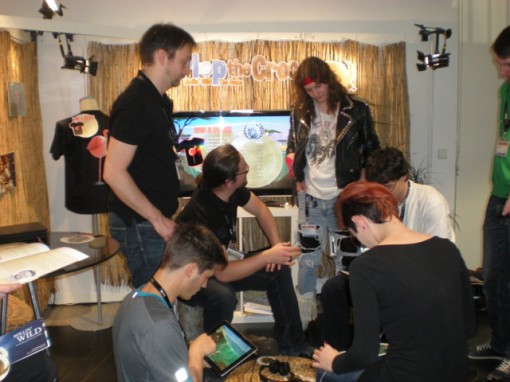 For more info about the event, visit www.fmx.de.