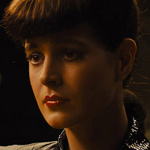 We are (thisclose) to the next FMX conference in Stuttgart (April 24-27), but there’s still new program highlights to explore. Recent additions have been announced for the “Digital Humans,” “Commercials,” “Location-Based Entertainment” and “HPC & Visual Creativity;” a screening of Early Man (introduced by David Sproxton); and presentations on the sound in The Shape of Water, the creation of Rachael in Blade Runner 2049 and the first augmented reality music video, Tunnel AR.

Info and registration at fmx.de.

With their short run time and production period, commercials pose an almost impossible problem: tell a story, and make it look as good as any big screen image, at a fraction of the time. The “Commercials” track brings together projects that have risen to the occasion: Alex Hammond (The Mill) will talk about the follow-up to O2’s “Follow the Rabbit” campaign. Anthony Bloor, Head of 3D at MPC London, will present a behind the scenes look at the creation of the lonely robot for Edeka’s “Christmas 2117” and a confident little ram for VW “Born Confident.” David Anastacio, Prof. Juri Stanossek, Dominic André Bitu and Gus Martinez (all Mackevision) will give an insight into the production process of the Porsche Mission E global launch announcement film.

The “Digital Humans” track will explore the complex workings behind the very best of both cinematic and real time virtual humans. JP Lewis (SEED) will discuss the challenges of creating truly believable and photoreal characters. The making of the MEETMIKE avatar will be the topic of a presentation given by Mike Seymour (fxguide) and Jay Busch (Google). MPC asset supervisor Axel Akesson will give a behind the scenes look at how his team crossed the uncanny valley and created the photoreal human Rachael for Blade Runner 2049. Ian Comley (Industrial Light & Magic) will outline the past, present and future of digital humans at ILM. Steve Caulkin’s (Cubic Motion) presentation will show how the real-time characters Senua, Siren and MeetMike were created and how the motion capture and solving technology has improved over the course of each project.

Added to the “VFX Case Studies” lineup: Tim Caplan (Union) will explain how Union worked collaboratively with director Martin McDonagh to provide effects that accentuate story points and character traits in Oscar-winning Three Billboards outside Ebbing, Missouri. The animation and VFX behind Peter Rabbit will be presented in a talk by Will Reichelt (Animal Logic). Frederik Lillelund (Double Negative), Eric Noel (Framestore), Gerd Nefzer and Carsten Woithe (both Nefzer Special Effects) will focus on the creative and technical challenges behind the work on Blade Runner 2049.

The “Virtual Production” track returns for the seventh year in a row in 2018. Curator David Morin (Joint Technology Committee on Virtual Production) will discuss the actual state of virtual production. Prof. Volker Helzle and Simon Spielmann will cover virtual production tools developed at Filmakademie Baden-Württemberg, from 2007 to the latest open-source development VPET (Virtual Production Editing Tools). Daniel Gregoire (founder of Halon Ent.) will present tools for the next generation of storytelling. Shannon Justison (The Third Floor) will share insights into the visualization and virtual production for Thor: Ragnarok. Chris Harvey (Oats Studios) and Mathieu Muller (Unity) will guide the visitors behind the scenes of the making of the ADAM episodes 2 & 3, produced using a real-time engine. Habib Zargarpour (Digital Monarch Media) will talk about the history and origin of DMM’s real-time tools and how their use evolved through The Jungle Book, Ready Player One and Blade Runner 2049, being currently deployed on Tom Hanks’ film Greyhound.

Fixe for “The Art of Animation” track are: Lisa Allen and Scott Carroll (both Blue Sky) will talk about creating dynamic character relationships for the movie Ferdinand. Directors Jakob Schuh, Jan Lachauer and Bin-Han To (all alumni of Filmakademie Baden-Württemberg) will give an insight into the making of the Oscar-nominated Roald Dahl adaptation Revolting Rhymes. Visual development artist Manu Arenas and VFX supervisor Kyle Odermatt will share their approach and philosophy to creating believable worlds – from early concept design to final vibrant picture – at Walt Disney Animation Studios. Early Man is the latest stop-motion film from Aardman Animations, and will be presented in a talk by Tom Barnes, head of camera and post production. Chris Wedge (Blue Sky Studios), David Silverman (The Simpsons) and Shannon Tindle (Sony Pictures Animation) will break down in a joint discussion what it takes to direct an animated project. Greg Jowle (Animal Logic) will explore the technical challenges faced on The LEGO Ninjago Movie from a technical and production management perspective.

Early Man will be screened at FMX 2018 as well, introduced by Aardman Animations co-founder David Sproxton and in cooperation with Stuttgart Festival of Animated Film.

The latest confirmations for the “From Indie to IP” track are Philip Hunt, who will describe his career at STUDIO AKA as the studio’s co-founder, partner & creative director; as well as Ivan Beres and Ivan Knezevic (both Eipix) who will present Dimitri & Kim, an animated series about two Eastern European boys surviving everyday boredom by going on imaginary quests.

Two newly added speakers complete the “Concept Art” track: Kristen Anderson worked on several LEGO movies and is currently art directing The LEGO Movie 2. She will share her experiences and insights working on large feature film projects and examine set design and its relationship with world building. Concept Artist and Art Director Jama Jurabaev will discuss VR as an intuitive tool for artists. Both will be joining the Panel Discussion, together with William Joyce (Moonbot Studios) and Lynne Naylor (DreamWorks TV Animation). The “Sound Design” track is complemented by a talk by sound designer Nathan Robitaille on how sound connects characters with each other and with the audience in The Shape of Water, and a talk by Benedict Caleo Green (Ecco VR) covering the background, location recording and post production workflow involved in the creation of Hallelujah.

Projects highlighted in the “Location-Based Entertainment” track include: Mark LaVine (Disney Imagineering) will talk about the development of the immersive ride Avatar – Flight of Passage at Disney’s Animal Kingdom. Curtis Hickman’s (The Void) and Ben Snow’s (ILM) presentation will uncover the secrets of Star Wars: Secrets of the Empire and its blending of cinematic, location-based and real-time entertainment to create a uniquely new kind of immersive experience. Ernest Yale (Triotech) will give the overall context of why media-based technologies are taking over out of home attractions, using NINJAGO, LEGO’s strongest brand, as a specific case study.

The “AR Platforms” track will be rounded off by presentations on Microsoft HoloLens for film and game production by Amit Rojtblat and Martin Wettig, and on Tunnel AR, the world’s first interactive augmented reality music video made for Germany’s most popular hip-hop band Die Fantastischen Vier, given by Julian Weiss and Fabian Fricke (both headraft).

The “HPC & Visual Creativity” track will discuss how artificial intelligence can enhance decision making, or influence the world through augmented reality, and how to design effective high-performance visualisation systems. A/Prof. Tomasz Bednarz (EPICentre / Data61) and Sarah Kenderdine (eM+) will elaborate on expanded perception and interaction through connecting graphics with compute. Prof. Emeritus Arthur Ira Miller (UCL) will ask the question if artificial intelligence can be the creator of new forms of art and music. Immersive technologies in media art, including dome, panorama and stage projections, as well as VR and AR works for current HMDs and mobile devices, will be the topic of Bernd Lintermann (ZKM).

On April 26, visitors are invited to join the APD Conference at the L-Bank Rotunde. The first part of the conference will focus on challenges in the development of new content. Among others, speakers will be screenwriter Eric Shaw who will talk about modernizing Muppet Babies, and writer Karina Schaapman who will present the establishment of a 360° brand with reference to Mouse Mansion. The second part is opening with a keynote speech from Peter Robinson (Dubit) with facts and figures on the use of Video on Demand (VoD) and traditional TV by children and young adults. Then Miki Chojnacka (Hopster), Michael Stumpf (ZDF), Luca Milano (RAI Ragazzi) and Steffen Kottkamp (Viacom) will introduce their programming strategies. The APD Conference is open to all FMX visitors.

Craig Caldwell (University of Utah) will give a masterclass on storytelling, and acting instructor and author Ed Hooks on acting for animators. Benedict Caleo Green (Ecco VR) will guide his “students” through the process of bringing linear VR visuals to life with fully spatialized sound. In the masterclass on creature sound design, Paula Fairfield (Eargasm Inc.) will share her design thoughts and experiences on film and TV series creatures she has worked on including Predators and The River. 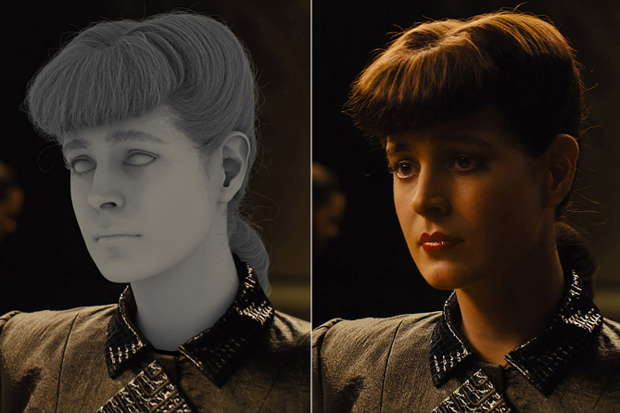