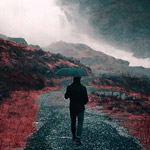 The 2018 FMX conference continues to build its well-rounded programming slate, with visual effects presentations on German fantasy flick Jim Button and Luke the Engine Driver and Netflix original The Rain, updates on the latest software, a guide to turning indie animation into globetrotting IPs, and more. (Yes, including the latest Bruno the Beaver trailer!)

FMX will take place April 24-27 in Stuttgart, Germany. Tickets and program information available at www.fmx.de — the FMX 2018 App will launch on April 6.

Visual Effects
Director Dennis Gansel will share how he rose to the challenge and adapted a beloved 1960s German children’s book into the VFX-heavy feature film Jim Button and Luke the Engine Driver. He will be joined by the movie’s production VFX Supervisor Frank Schlegel, José Manuel Weil (ScanlineVFX), Prof. Juri Stanossek (Mackevision), Andreas Giesen (RISE) and Jan Adamczyk (Trixter) who are going to shed some light on the stunning visual effects of the movie.

“World Crafting”
This track, curated by Prof. Inga von Staden (Filmakademie Baden-Württemberg), will explore how imaginary worlds are built for live-action and animation as well as computer and tabletop games. Esben Toft Jacobsen, creator and visual supervisor of the upcoming Netflix original The Rain, will illustrate how world building works by using the post-apocalyptic series and animated films for examples. Simon Jon Andreasen (The National Film School of Denmark) will share his research into the great world builders from the past and the present. Mariusz Szypura (Telehorse) will talk about how he created a unique and fascinating steampunk universe. Felix Mertikat (King Racoon Games) will elaborate on the entire process of story world creation, from the initial idea to the final project, for his game Tsukuyumi – Full Moon Down.

“From Indie to IP”
Many world-renowned intellectual properties started as simple ideas in the heads of young, independent artists. This track will present some of these projects while also discussing how IPs can be protected. Aardman Animations’ co-founder David Sproxton will share the story of how Shaun the Sheep went from a minor character in Wallace and Gromit to a global franchise in the space of 10 years. Director and producer David Silverman will give a history on the meteoric rise of The Simpsons. Prof. Thomas Meyer-Hermann and Julia Ocker of FILM BILDER will talk about Animanimals, a successful kids’ series based on a funny short. Moreover, acting trainer Ed Hooks and Brian Gabriel, Legal Correspondent at Cartoon Brew, will discuss strategies for developing and protecting intellectual properties. (More details.)

Business
The track Managing Change, curated by Hahn Film’s CEO Imke Fehrmann, will offer insights into the daily business behind the scenes of VFX and animation production, presenting solutions and case studies for both newcomers and seasoned professionals. On stage will be Pam Marsden, Head of Production at Sony Pictures Animation, Fiona Walkinshaw, Global Joint Managing Director, Film at Framestore and Nicole Hearon, Associate Producer at Walt Disney Animation Studios.

Technology
Tools of Tomorrow, curated by Prof. Volker Helzle (Filmakademie Baden-Württemberg), provides a vivid perspective of the next generation of software tools for animation and VFX. Dan Golembeski and Doug Sherman of DreamWorks Animation will shed some light on the challenges of building a highly-scalable, multi-functional, and production-friendly feature animation pipeline on a core infrastructure comprised of microservices. Jasper Brekelmans (Brekel) will share some insights into the use of consumer depth sensors, recording Vive/Rift tracking data and how a HoloLens can be used on a high-end mo-cap shoot. Simon Clavet (Ubisoft) will present a technique called Motion Matching which was recently used on Ubisoft’s fighting game For Honor. Farhez Rayani will explain how Soba Productions created the animated short film Sonder using Unity.

FMX x ITFS
In honor of the 25th edition of the conference’s sister event, the Stuttgart Festival of Animated Film, visitors can discover the latest animated films and innovative games, transmedia and immersive projects at the GameZone and Games Pavillion — focusing on Games & Architecture and e-Sports — studio presentations (including The Breadwinner producer Cartoon Saloon) and lectures such as the making of Isle of Dogs with production supervisor Angela Poschet. There will also be a joint “ITFMX Screening” of Early Man presented by Aardman co-founder David Sproxton.

Around the event, long-term FMX support partners from the Animation Media Cluster Region Stuttgart (AMCRS) can be visited at the Marketplace, alongside MFG Baden-Württemberg. Side FX will have a Company Suite and Workshop. Foundry will offer a Company Suite as well, and CGTrader and StarVR will be part of the Marketplace. Esri, Microsoft and Teradici will share their knowledge during their Workshops.