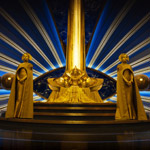 With just a week to go until FMX takes place in Stuttgart (May 2-5), organizers continue to confirm must-see additions across the schedule, including a keynote from Cheryl Boone Isaacs and special focuses on Marvel’s Guardians of the Galaxy Vol. 2, Ghost in the Shell and Pearl.

See our previous coverage for more highlights and visit www.fmx.de for more on this crucial industry event.

Cheryl Boone Isaacs, the President of the Academy of Motion Picture Arts and Sciences, will join FMX for a keynote interview with Eric Roth, the Executive Director of the Visual Effects Society. The interview is part of the “Studio Insights” track that provides a safe forum for executives to share their perspective on digital entertainment, focusing on production, changing business models and new forms of content creation. Isaacs — whose marketing & PR executive career has spanned campaigns for Close Encounters of the Third Kind, The Artist, The King’s Speech, and Precious — will spotlight the Academy’s role in the digital and societal transformation of the film industry.

Alessandro Cioffi (Trixter), Guy Williams (Weta Digital), Paul Butterworth (Animal Logic) and Arslan Elver (Framestore) will share some fascinating insights into the making of Guardians of the Galaxy Vol. 2, taking audiences through their VFX journey — capped by special showing of the movie.

David Morin, Chairman, Joint Technology Subcommittee on Virtual Production, presents outstanding examples of virtual production: Kevin Baillie spotlights Atomic Fiction’s use of virtual production and cloud computing for blockbusters such as Ghost in the Shell, Allied and Deadpool. Brett Ineson (Animatrik) provides a behind-the-scenes-look at Warcraft, while Clint Reagan (HALON) will showcase the use of tools including game engines and VR for the critically-acclaimed international box office hit Logan. Duncan Burbidge and Michelle Blok (The Third Floor) demonstrate several puzzle pieces from previs to on-set virtual production for projects such as Doctor Strange, Rogue One: A Star Wars Story, Disney’s Beauty and the Beast and Game of Thrones. Insights into “Fan-based Projects” come from Andreas Feix (Industrial Light & Magic), who will provide a vivid glimpse into fan culture including legal consequences, and Sasha Scribner (Disney Research Zurich) will give an overview of the work Disney is doing in order to develop new platforms that work with user-generated content.

Michael Huber and Alex Lemke (east side effects, Inc.) will elaborate on the innovation of cinema, demonstrated by Ang Lee’s Billy Lynn’s Long Halftime Walk. Theo Jones recounts how Framestore joined the production of the first-ever headset-free group virtual reality vehicle experience Field Trip to Mars. Steve Sullivan (Microsoft Studios) will talk about the technology and applications of Microsoft’s Holographic Video. Ken Perlin (New York University) and Philippe Quéau (Metaxu) will introduce a paper on the “Future Visual and Cognitive Challenges for VR.” Frank Vitz (AMD) will talk about the role of game engines in movies and VR. During the “Exploring Storytelling”-track Jan Pinkava tells the tale of how Pearl, the first VR film to ever receive an Oscar nomination, was realized at Google Spotlight Stories. Also on board are Theodore Ushev and Chris O’Reilly (Nexus Studios), who specifies the skill set needed to hook an audience in AR and VR.

“Beyond the Screen” also acknowledges the broader picture of societal change with the third edition of “Women in Visual Arts.” Hosted by Dr. Diana Arellano and Marie Ketzscher (Filmakademie Baden-Wuerttemberg), the panel assembles Clémence Bragard (Les Femmes s’Animent), Gerfried Stocker (Ars Electronica Festival) and Lindsay Watson (Animated Women UK) to discuss their initiatives for equitable working conditions for women in the industry. In addition, “Games for Change” spotlights social impact games. Jean-Colas Prunier will talk about Scratchapixel, a non-profit initiative, Francesco Cavallari expounds on the non-profit organization Video Games Without Borders and Emmanuel Guardiola (Cologne Games Lab) dedicates his presentation to Antura and the Letters. Maximilian Krauss (Stuttgart Media University) explains how the “serious” in “serious games” can enrich rather than impoverish the overall gaming experience.

Jeff Kleiser will explain about his dome projection work, presenting test imagery and excerpts from final production for projects such as Randal Kleiser’s VR project Defrost and R&S Productions’ Kahramaa Awareness Center. VR NOW is a talent initiative that gives alumni from the Baden-Wuerttemberg region the opportunity to realize a VR project as part of a team for one year. In 2016, the teams behind Wheelhouse and Koshu VR have had the chance to take their VR ideas from concept to prototype, which they will now present at FMX.

The Directors’ Panel features prominent panelists this year: Peter Lord, who has built his career in claymation as Aardman Animations studio’s co-founder, director, producer and writer; Kelly Asbury, the director of Smurfs: The Lost Village, Gnomeo & Juliet and Shrek 2; Claude Barras, who landed an award-winning indie hit with My Life as a Zucchini; as well as Hugh Welchman, whose upcoming Loving Vincent, which is hailed the first fully painted feature film, chronicles the life and death of Vincent van Gogh.

Stéphan Faudaux (Generation Numérique) curates the “Real-time 3D and Broadcasting” track, where Olivier Emery (TRIMARAN) dedicates his talk to GeoRacing as a live VR tool for sports broadcast. Christophe Héry (Pixar) puts together a “Camera & Lighting” track at FMX, which is helmed by Oscar winner Piper. Moreover, Terrance Tornberg (LAIKA) will speak about the cinematography of Kubo and the Two Strings, emphasizing how lighting was used as a literal character, and Mark Osborne (Industrial Light & Magic), who will dissect Doctor Strange where light is key to the movie’s believability. 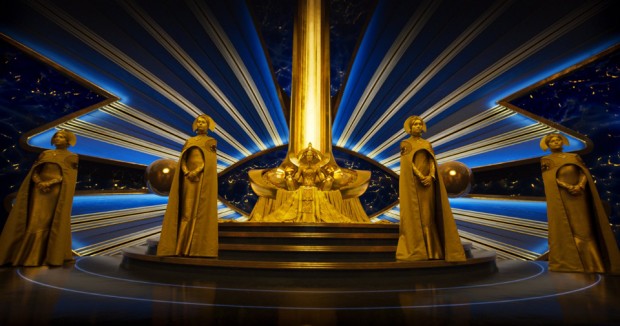