The 2016 FMX conference on animation, effects, games and transmedia wrapped up in Stuttgart on Friday, with the 21st edition welcoming 3,500 attendees — an all-time high for attendance at the event. Visitors flocked to the Haus der Wirtschaft and Gloria Cinema in Stuttgart as well as the Caligari Cinema in Ludwigsburg from 52 countries, as far-flung as Antigua and Barbuda, Malaysia and Singapore to take in workshops, masterclasses, see cutting-edge filmmaking tools at the Marketplace, or showcase their reels at the Recruiting Hub.

“FMX 2016 felt like a cordial and a warm event, and it did justice to its title ‘Blending Realities,'” says Conference Chair Prof. Andreas Hykade. “The different communities came together, exchanged their ideas and were able to give a new, vibrant impetus for the future of digital entertainment.”

Highlights of the Animation programming covered both big studio blockbusters and the indie scene. Two talks delivered insights into Pixar’s Inside Out, which scooped the Oscar for best animation this year. Further presentations spotlighted Zoomania — including a Walt Disney panel discussion — Peanuts, The Little Prince and independent works from artists such as two-time Emmy winner Nick Cross (Cartoon Network) who spoke in the “Wild & Strange” track.

Talks on Effects also covered a rich range of projects. Two-time Oscar winner Rob Legato (Titanic, Hugo) provided insights into the VFX work of The Jungle Book in the Koenig-Karl-Halle. A full 10 case studies illuminated films like the VFX Oscar winner Ex Machina as well as Captain America: Winter Soldier and the latest Star Wars instalment, The Force Awakens. The ILM team for The Force Awakens shared its moving experiences with an exhilarated audience in the Koenig-Karl Halle, the Foyer Koenig-Karl and the Meidinger Saal.

FMX ’16 also dived into the ever growing Virtual Reality sector. VR experiences for movies such as The Martian, The Walk and The Avengers as well as presentations on Epic’s Bullet Train and Crytek’s The Climb were part of an extended VR focus. Jan Pinkava (Google Spotlight Stories), who developed the original idea for the Oscar-winning film Ratatouille, and Bernhard Haux (Oculus Story Studio) were among the countless professionals who contributed to sessions on virtual reality and its implications for storytelling, as did Richard Marks (Sony Computer Entertainment) and Guido Voltolina (Nokia Technologies). David Morin‘s “Virtual Reality for Production” series of presentations dug into the Virtual Production for films such as The Jungle Book, The Martian and Gods of Egypt.

The event’s scope also covered the latest in ground-breaking video games with an impressive motion-capture live performance from the Hellblade crew, looks at Paragon and Halo 5 and Chris O’Reilly‘s new interactive work for Nexus. Also of interest were presentations by speakers from Warner Bros., Pixar, MPC and Double Negative in “The Art and Science of Digital Cinematography” track, a behind-the-scenes look at six-time Oscar winner Mad Max and “Studio Insights” curated by Dave Gouge of Weta Digital. 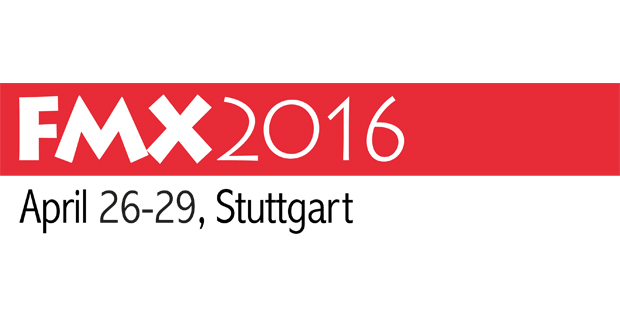