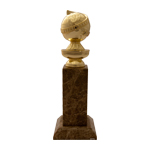 This was the only category to feature any animated content.

Reactions to the awards — often seen as a bellwether for the Oscars — was swift and effusive.

“I’d like to express my delight and appreciation to the Hollywood Foreign Press Association for its nomination of The Boxtrolls for this year’s Golden Globe Award nomination for Best Animated Film. There are so many great animated films this year! The medium is branching out and growing in wonderful ways, and we’re happy to be part of it. It is both gratifying and humbling to be included in such a talented group of nominees.”

“This nomination recognizes the efforts of a crew of over 300 women and men at LAIKA who worked for years on the picture, each expressing their unique talent and love for the medium of animation through their sacrifice and tireless work. Guided by our masterly directors, they have painstakingly hand-crafted the most complex stop-motion feature film ever, and it was an honor to work alongside them on this adventure. So many outside the studio also contributed immeasurably to The Boxtrolls. Our electrifying cast, superb composer, and the rest of The Boxtrolls family created a world of image and sound out of what often seemed like thin air.”

“Wow! We are especially thrilled with this nomination from the Hollywood Foreign Press Association because it honors the hard work of over 300 artists and animators from all over the world. The Boxtrolls would never had been done without the amazing dedication and craftsmanship of these people and the vision and leadership of Travis Knight, who gathered us all together in the mists of Portland, Oregon and gave us the opportunity to contribute to the wonderful legacy of this animation style.”

“We want to thank the Hollywood Foreign Press Association for including us alongside all these other fantastic nominees.”

“How wonderful! My sincere thanks to the Hollywood Foreign Press Association for honoring The Boxtrolls with this nomination. Nearly 10 years in the making, The Boxtrolls was a labor of wholehearted love crafted a frame at a time. From the inky black puppet mines in Portland to the well-appointed recording studios in London, our production was blessed with diverse and passionate artists of the highest caliber: brilliant actors, visionary directors, and a sublimely gifted crew. I’m so pleased that their prodigious talents have been so meaningfully recognized.”

“Over three years ago, we started this journey on a research trip to Norway and Svalbard. As a filmmaker, what has been so gratifying is to have had the experience of traveling all over the world and seeing how Toothless and Hiccup have resonated with audiences. I’m so proud of our cast and crew and also want to congratulate the other nominees. It’s been a great year for animation and I’m humbled to be in their company. Today’s nomination from the Hollywood Foreign Press is the icing on the cake of an amazing year for us – so thanks to all at the HFPA for a great wake-up call.”

— Dean DeBlois, writer and director, How to Train Your Dragon 2

The 72nd annual Golden Globe Awards, hosted by Tina Fey and Amy Poehler for the third year in a row, will be presented Jan. 11 in a gala ceremony at the Beverly Hilton Hotel and telecast live on NBC. 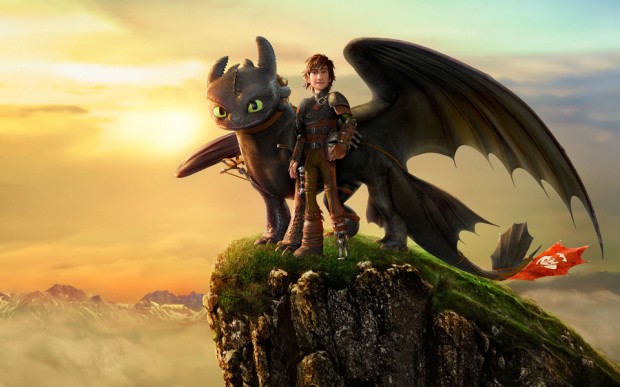