This morning (Jan. 16), the nominations for the 86th Annual Academy Awards were announced at a news conference at the Samuel Goldwyn theater in Beverly Hills. Here are the animation and vfx nominees: 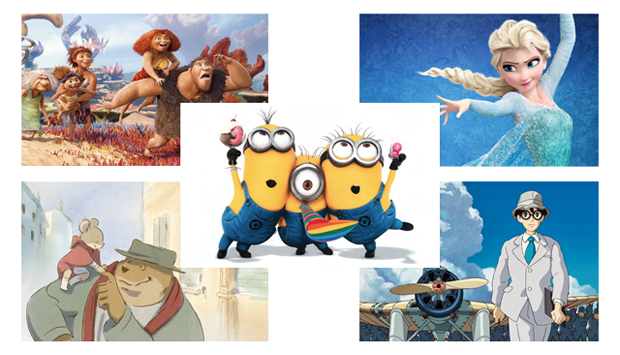 The shocker in the Feature Animation category was that Pixar’s Monsters University failed to make the cut. Also interesting is the survival of the Internationally produced 2D “art” feature, represented by Miyazaki’s acclaimed The Wind Rises and GKIDS’ beloved Ernest & Celestine, directed by French helmers Stéphane Aubier, Vincent Patar and Benjamin Renner.

The Oscars for outstanding film achievements of 2013 will be awarded on Sunday, March 2 at the Dolby Theatre at Hollywood & Highland, televised live on ABC and hosted by Ellen DeGeneres for a second time. Final voting begins February 14, and ballots are due back February 25 at 5 p.m.

There Be a Cunning Dragon!
Animation and VFX Oscar Nominees React to the Great News