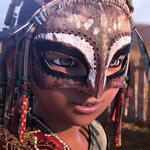 Big-budget CGI animated features are continuing to be more prevalent in places outside Hollywood. The Palm Springs International Animation Festival will help spread the word on November 10th when they screen the Saudi feature film Bilal: A New Breed of Hero.

1,400 years ago. Bilal, a seven-year-old boy, finds himself with his sister under the tyranny of slavery. He bears many burdens of life in his childhood from which he discovers inner strength he did not know he possessed before. Bilal knew from the bottom of his heart that he must be brave enough to raise his voice and choose his own path, and that everything is possible with determination. His courage was able to undo his handcuffs and set him free. His strong beautiful voice was a real gift from the Creator, but the voice of faith has made his childhood dream come true.

The product of 360 different animators and staffers, working for the Dubai-based animation & VFX studio Barajoun Entertainment, Bilal is the first big CGI feature to be funded and produced entirely with Middle-Eastern funding. It’s an achievement echoed in the dialogue of the trailer itself with the line “No chains will hold you. No chains.”

While the visual artistry is all Middle Eastern, the movie’s score is being handled by Icelandic composer Atli Örvarsson (The Edge of Seventeen, Vantage Point) who fuses Middle Eastern, Nordic, and European aspects in his work recorded at Abbey Road. The international voice cast includes Adewale Akinnuoye-Agbaje (The Bourne Identity, Lost) in the titular role, and Ian McShane (Deadwood, American Gods).

In addition to being screened at PSIAF 2017, the film is nominated for the festival’s Best Animated Feature award. The film’s global release is scheduled for February 2018. 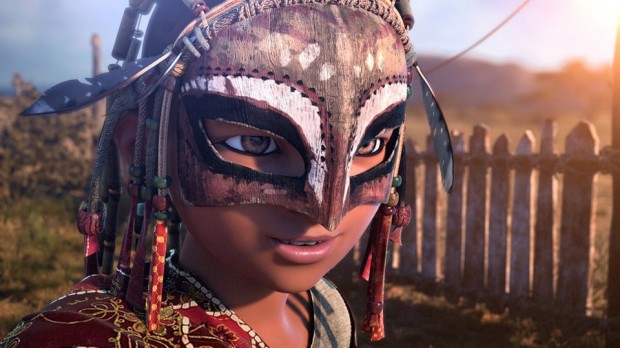