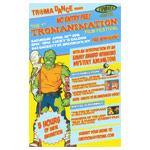 TromaDance Film Festival (now in its 17th year) announces a new, free, independent film festival for 2016: The first ever TROMAnimation Film Festival, taking place at the Lucky 13 Saloon in Brooklyn, NY on April 30. The toon fest is being organized by Gary Trimarchi, animation consultant and curator of the exhibition, and was announced by Troma Entertainment president Lloyd Kaufman – creator of The Toxic Avenger.

TROMAnimation, like TromaDance, requires no submission fee and will be free to attend. Films will be selected from open-genre submissions, with the resulting program to feature over five hours of animation from 6 p.m. to 11 p.m. on Saturday, April 30. Any animation that has been or will be submitted to TromaDance will also be considered for TROMAnimation.

Several notable animators are already confirmed for the event, including an “Emmy Award-winning mystery animator” who will give an introduction and open the festivities. Maxwell Atoms will premiere his lost student film, which served as the basis for his series The Grim Adventures of Billy & Mandy. Atoms and Courage the Cowardly Dog creator John Dilworth will be screening their shorts and hosting a Q&A panel. Popular web animation auteur Jonathan “Ukino Joe” Gran will also be on hand.

TROMAnimation submissions can be sent to cartoon (at) troma (dot) com. The deadline is April 15, 2016, and all genres and techniques are welcome. 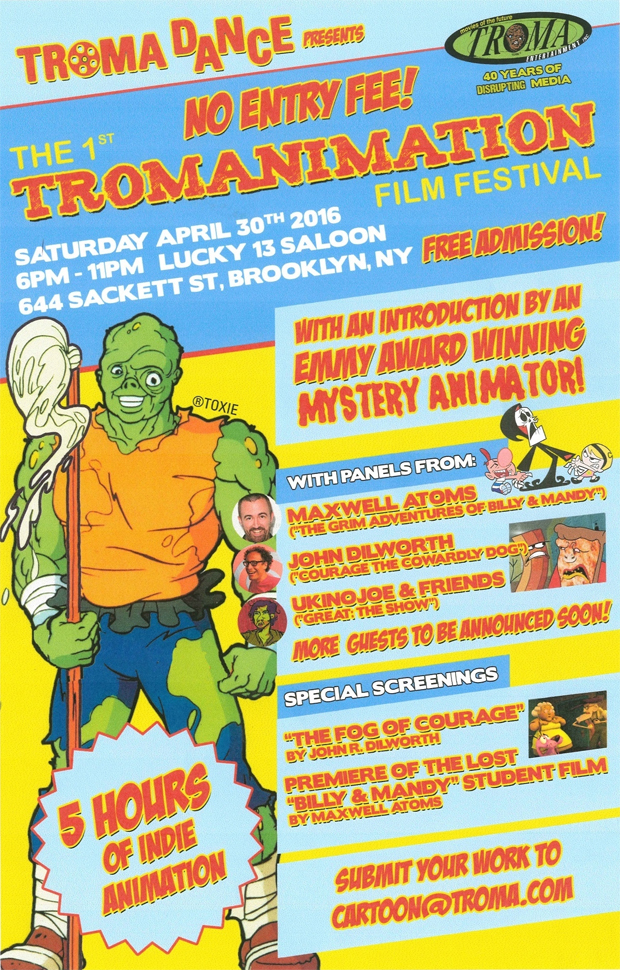