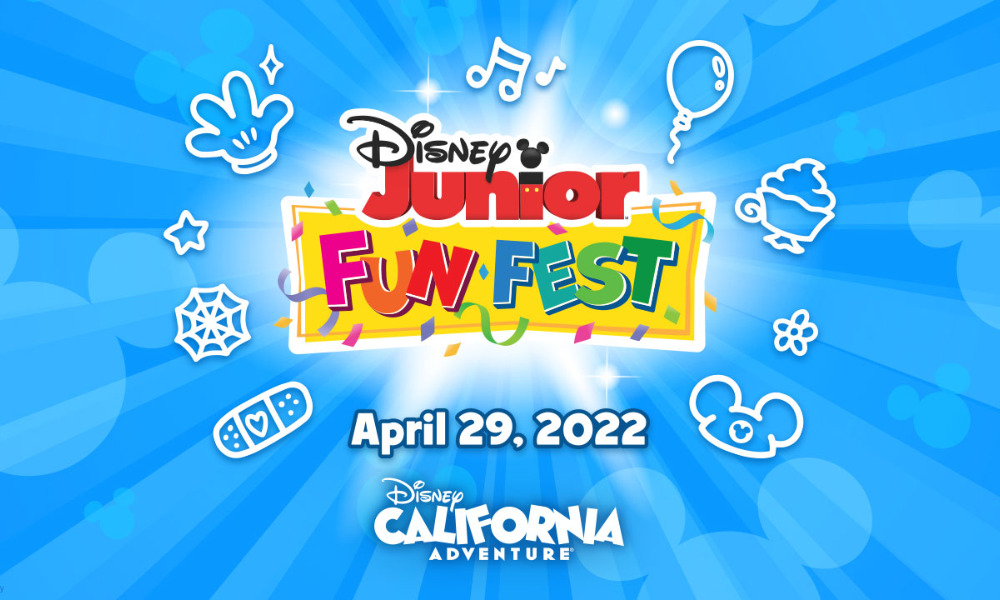 The inaugural Disney Junior Fun Fest, a one-day event celebrating the entertaining and music-filled stories of the #1 preschool television network’s hit series, will bring the magic straight to fans on Friday, April 29.

Held at Disney California Adventure park in Anaheim, California, the festivities will include sneak peeks at upcoming Disney Junior series, special announcements, surprise appearances, a Doc McStuffins stage show highlighting 10 years of the beloved series, and an Alice’s Wonderland Bakery Unbirthday Party, a hands-on cupcake decorating course inspired by the new Disney Junior series that is also being offered for guests throughout Disney California Adventure Food and Wine Festival from March 4 through April 26.

The event will kick off in the morning with a cavalcade of beloved Disney Junior characters welcoming fans and making their way through the park. Throughout the day, there will be main stage attractions with fun games, trivia and music to keep preschoolers and their families singing and dancing together.

Guests can also enjoy regular Disney Junior programming at Disney California Adventure park, including the Disney Junior Dance Party! and the Spidey and His Amazing Friends photo wall at the Hollywood Backlot.

Additional details, a schedule of events and special appearances will be announced soon.

Throughout the year, families visiting with small children will find unforgettable experiences across Disneyland Resort as they step into the fairy-tale worlds of Fantasyland, blast into the future in Tomorrowland, gear up for fun in Cars Land, meet some of their favorite Super Heroes in Avengers Campus and beyond.