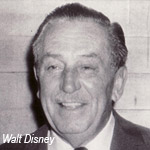 A group looking to restore Walt Disney’s first professional animation studio, in Kansas City, is launching the final push of its 15-year campaign with an eye toward completing the project by 2015.

Thank You Walt Disney has been behind the campaign to turn the former site of the Laugh-O-Gram studio into  an interactive historical site and museum, according to a report in the Kansas City Star.

“There is an important question people raise: Why is this taking so long?” said Butch Rigby, chairman of the group Thank You Walt Disney Inc. “The answer: It’s just a slow fund-raising process. But perseverance is important. Walt Disney wanted to build Disneyland for a long time, but he never gave up. And we will not give up on saving this important part of our history.”

The group kicks off its quest to raise the $2 million it still needs to finish the project this week, with a benefit juried art show and a visit from the official voice of Mickey Mouse, Bret Iwan. There also is an open competition to design the new space, the Star reports.

Should the campaign take off, Thank You Walt Disney would like to put a working animation and digital media studio on the second floor of the building.

The vacant building — once slated for demolition — is covered with drawings from famous cartoonists and students from the Kansas City Art Institute, the Star writes.

The art show and sale, called “Animation & Imagination,” will be held at Buttonwood Art Space and includes a Minnie Mouse drawing by Les Clark, one of the “Nine Old Men,” that was used in the 1936 short “Mickey’s Rival.” The show will run through July 27.