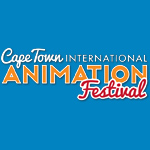 Cape Town is not the easiest place to get to if you aren’t based in South Africa, but the view of the spectacular Table Mountain makes up for it, and now there is a new reason to go there if you’re interested in animation.

The Cape Town International Animation Festival wrapped on Sunday, having spanned three days of workshops, panels and presentations, not to mention screenings of renowned animated films. Formerly known as the Kunjanimation Festival, CTIAF is growing into a truly global event with guests and speakers from all over the world.

The Animation School in Cape Town and Johannesburg did well at the Student Awards, with Aurora taking the top prize, proving that Nuno Martins, Principal of the school, is on the right track pushing performance and acting skills to the forefront of his teaching.

A European perspective came from Christine Ponzevera, a producer and IP developer from France with an illustrious career, who used case studies to show how studios could flourish in international co-productions. She also talked about pitching, which complemented a frank and informative masterclass by local producer Wendy Spinks about preparing projects for the marketplace.

Daniel Snaddon, co-director of Stick Man at Triggerfish Studios, announced a new initiative for the independent movie project Kariba that he is working on at Blue Forest Collective. The Kariba teaser generated plenty of excitement when it was released last year, and in order to encourage greater interest in the project, the team is creating a graphic novel and launching a Kickstarter to support it on March 1. From there, they plan to fund further development of the Kariba movie.

Promoting independent films took center-stage too in sessions by Laika’s Mark Shapiro, who walked the audience through the various viral videos released for Coraline, ParaNorman and The Boxtrolls, explaining the thinking behind them in the context of marketing the film. The videos are fascinating on their own, but when studied as a campaign, they take on a whole new light, and everyone interested in creating buzz about their film should watch them.

Tasania Parsadh, Channel Director of Nickelodeon Africa, summed up the event perfectly, saying “CTIAF was a wonderful showcase of innovative South African work but also ensured that key international animation experts shared their knowledge to encourage animation development and production. I have great faith that the South African animation pipeline will increase dramatically over the next few years.”