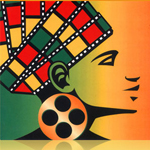 The event, to be held at the National Center for Democracy in Los Angeles, will honor the following animators for their contributions to the art form:

Titled “A Great Day in Black Hollywood, Part 4: Honoring Black Animators,” the ceremony kicks off the annual event, presented by the Black Hollywood Education and Resource Center. The event presents three days of short films written, directed and produced by emerging African-American filmmakers. The films will be screened Dec. 11-12 at Raleigh Studios in hollywood.

The opening night ceremony begins at 8 p.m. and is followed by a reception. Tickets cost $25. Information on buying tickets can be found online at www.bherc.org, by sending an email to john@firstweekendclub.com or by calling (310) 284-3170.