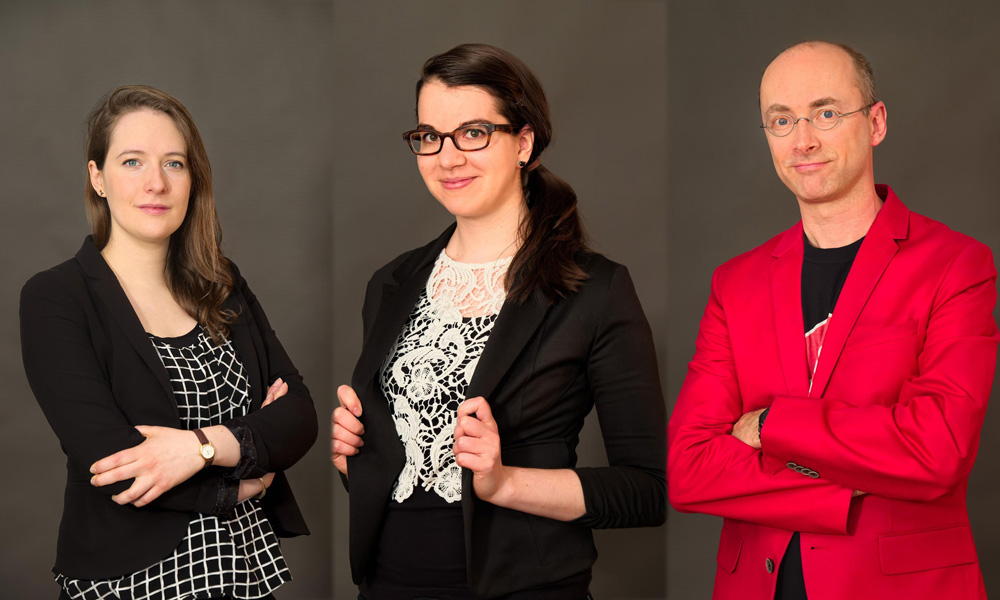 Festival Stop Motion Montreal announces Marie Valade and Dominique Côté as the new co-directors of the event. With their experience, respectively as coordinator and programmer of the Festival, they take over from Érik Goulet and are enthusiastically preparing the 11th edition which will take place from September 16 to 22, 2019.

During 10 years at the helm of the Festival, founder and director Érik Goulet developed, promoted and shared his passion for the technique of stop motion. Last year, he announced that he wanted to take on new professional challenges, passing the torch to his long-term collaborators.

“The event has grown, and it remains the first of its kind dedicated to stop-motion animation in the world!” said the former director. “[Marie and Dominique] are the perfect fit to pursue our mission and bring new ideas and a fresh look to our beloved event.”

Initially a volunteer and then a coordinator of Festival Stop Motion Montreal, Marie Valade is an independent filmmaker specializing in animation. She collaborates in the creation of cultural mediation projects, short films, music videos and feature films. Thanks to the artist centre Les Films de l’Autre, she is currently producing and directing a short film supported by SODEC and CALQ.

Involved for five years in the Festival Stop Motion team, Dominique Côté has contributed to the design and manufacture of puppets and accessories for multiple stop-motion animation productions. Among them, several productions of the National Film Board of Canada (NFB). Since 2017, she has been Assistant Animator and Composer at the TONIC DNA advertising studio.

The official poster for 2019 has also been unveiled! To celebrate the diversity of media showcased this year, the new identity includes elements representing the main theme of this 11th edition: Stop motion in the digital age. Highlighting past and present stop-motion techniques, the poster includes an arcade, a controller and 8-bit graphics to illustrate the video game section of the Festival, while the virtual reality headset is a nod to the VR section. The camera, loyal partner of the stop-motion filmmaker, honours the stop-motion animation process, as the main section of the Festival remains the film screenings. 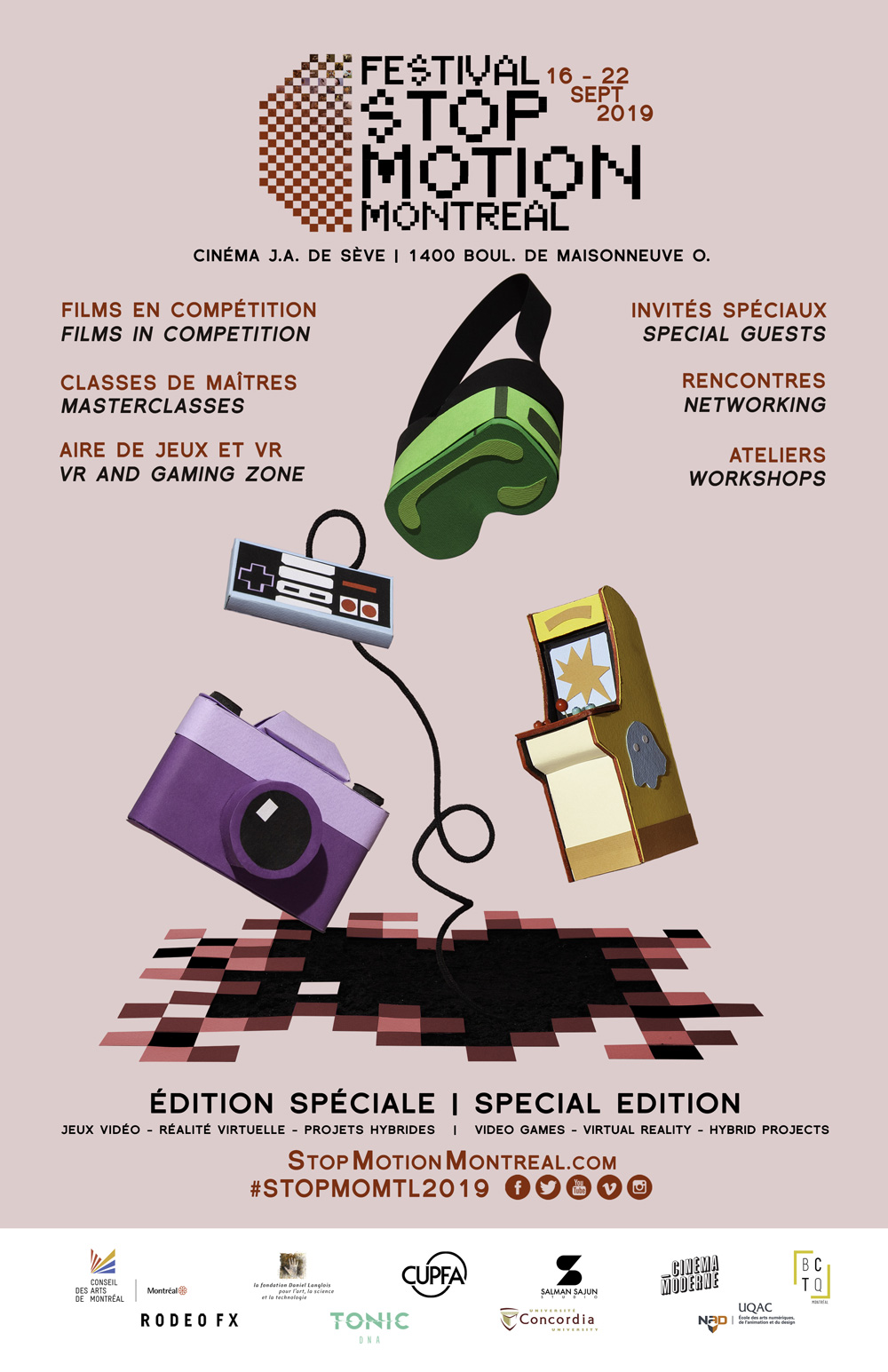