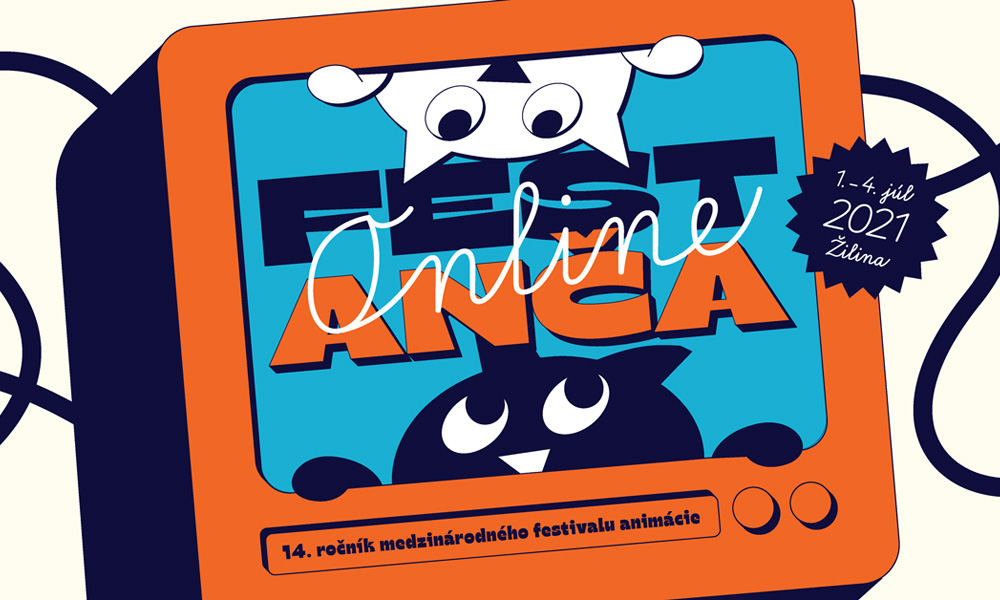 This summer, Slovakia’s Fest Anča International Animation Festival (July 1-4) will present a selection of the best and most compelling Slovak and international animation, but with a twist: the 14th edition will be primarily online. Although the festival will open its gates to a limited number of live viewers in Žilina, it will offer its full film virtual program — available for streaming up until Sunday, July 11.

“Because the situation around the pandemic in Žilina has improved after a long time and the restrictions will be loosened in the whole region, starting 7 July, we can allow a limited number of viewers to some live screenings and the accompanying program in Žilina on 1-4 July,” explained Ivana Sujová, festival director. Stricter rules will apply and capacity will be very limited. All of the festival’s screening rooms have a maximum capacity of 30 seats, in accordance with the COVID alert system for cultural events.

This year, festival passes for the live version will not be sold and pre-booked seats for the event will be unavailable. “We see the opening of Fest Anča’s live version as a bonus for people who would make a spontaneous trip to Žilina or live there and want to stop by and see some of the program. For viewers who want to make sure they can watch Fest Anča’s film program comfortably, we recommend Fest Anča’s online format where the films can conveniently be watched for a longer time this year,” Sujová added.

Visitors can only buy single admission tickets to screenings and concerts in Žilina until maximum capacity has been reached. Pre-sale of online festival passes starts in mid-June. Online tickets and live tickets are not interchangeable. 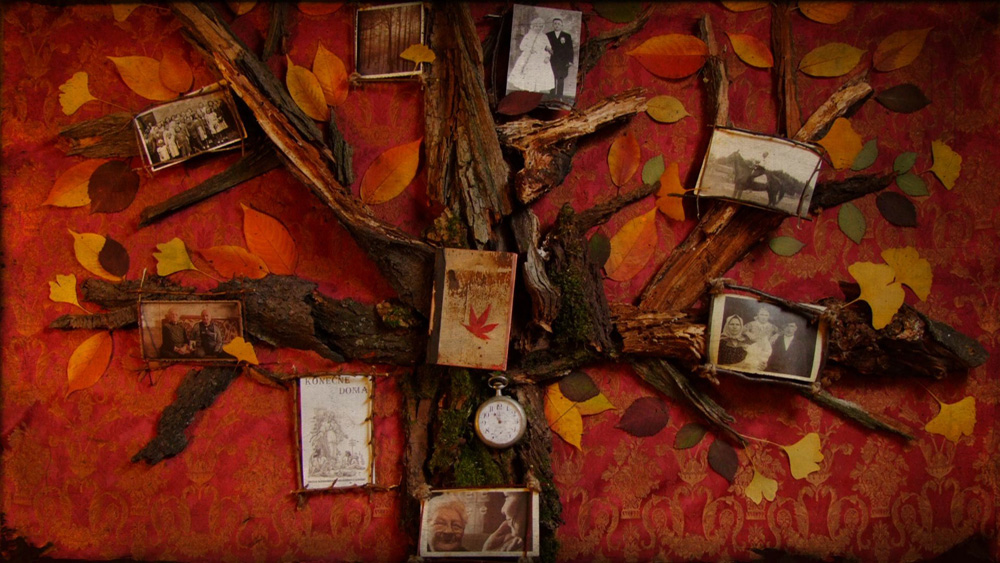 This year’s theme is “Traditions” and is particularly of interest in today’s context. “The theme is part of the intense socio-political debate today, but we feel the need to look at it broadly: through the prism of looking for home, one’s own identity, the prism of building relationships in the family and beyond, but also to examine what previous generations left us with – environmentally, in terms of behavioural patterns, and even, biology,” said Jakub Spevák, Fest Anča’s dramaturge and this year’s Focus curator.

The Focus comprises six subsections of Slovak and international animated shorts with diverse approaches to the theme. Subsections include “East or West, Home Is the Best”, “As You Sow, So You Shall Reap” and “A Leopard Can’t Change Its Spots.”

The theme corresponds to the visuals made by graphic designer Marek Menke. He uses motifs of Slovak TV bedtime stories Maťo & Klinček and Puf & Muf, considered the golden standard of Slovak animation. With the help of LITA, Society of Authors, rights for using the characters in the festival’s visuals have been granted and the copyright holders’ agreement has been obtained.

In collaboration with Radio and Television Slovakia, TV bedtime stories will form part of the program, featuring overviews of the most impressive ones since the 1960s and selections for kids and adults. These sections are the only part of Fest Anča’s film program not available online. 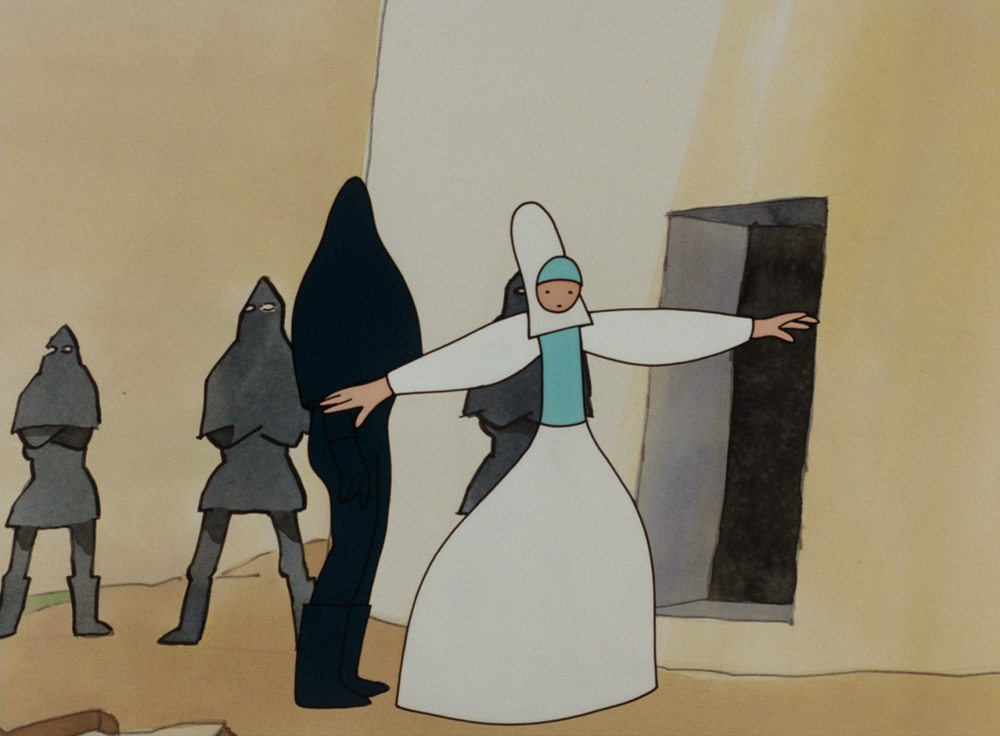 Traditions are also reflected in 14th Fest Anča’s feature films selection. The animated documentary Felvidek: Caught in Between (2014), directed by Vladislava Plančíková, is a personal testimony about family, a search for roots and an exploration of Slovak-Hungarian relations.

The second feature-length film of Fest Anča 2021 will be The Wolf House (2018) by Chilean creative duo Joaquín Cociña and Cristóbal León. It revolves around a girl who has escaped from a sect and seeks refuge from her past. They chose a fairy tale-like aesthetic to narrate a brutal and not-so-distant chapter in Chile’s history: Colony Dignidad (Dignity), for decades run by former Nazi Paul Schäfer under Pinochet’s ‘protecting hand’. The film won the Caligari Award at the Berlinale.

The program’s last feature will be Viktor Kubal’s legendary The Bloody Lady (1980). The film’s screening will feature live musical accompaniment by instrumental duo Ranjevš & Óbasz, deriving from the jazz tradition with an avant-garde twist. The Bloody Lady is the second feature-length film of one of the founders of Slovak animation. It draws inspiration from the historical legend of the cruel, Bloody Lady of Čachtice castle – Elizabeth Bathory. The film has minimalist animation and is dialogue-free.

Apart from the thematic focus, Fest Anča will offer a selection of films divided into competitive and non-competitive sections. Of 1,244 submissions from almost 70 countries, 243 were selected. Student films comprise an impressive third of the main competitive section, in a year when schools have mostly remained closed. A record 40 Slovak films were submitted to the festival.

This year’s jury members are making this festival edition special. One of the virtual members of the main jury is French animator Osman Cerfon, the winner of the Anča Award 2020 with I’m Going Out for Cigarettes, one of the most awarded films in last year’s selection. He will be joined by Estonian animator and director of the Animist Tallinn International Animation Festival, Mari Kivi, as well as Joaquín Cociña, co-director of The Wolf House – co-director Cristóbal León participates in the Slovak jury.

Other jury members are Martin Smatana, the animator who won the Anča Slovak Award 2019; Katarzyna Gromadzka, representative of the partner Polish Animarkt forum; Thịnh Nguyễn, another award-winning filmmaker (Anča Student Award 2020 for Tom Has a Plant); and Jair Salvador Flores Alvarez (a.k.a. Kropka), scriptwriter and contributor to the independent animation portal Zippy Frames. 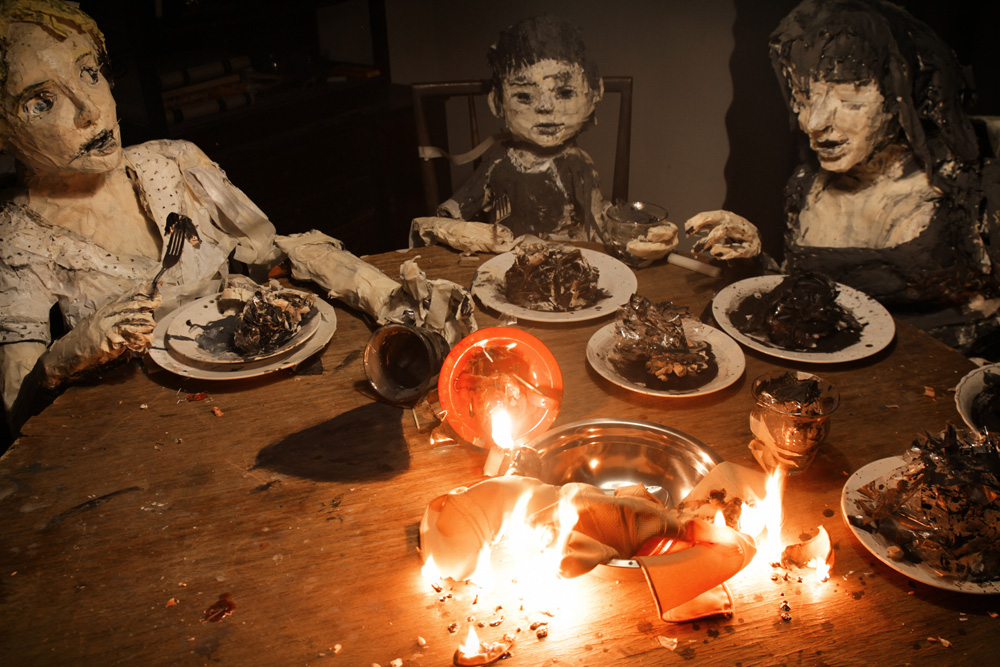 Concerts by Edúv Syn, Nina Pixel, Fokular and Dominik Suchý as well as discussions will be streamed for free. German animator and musician Adi Gelbart will come from Berlin and headline Fest Anča’s musical program with his special set in Žilina.

The whole festival program will “premiere” during the originally intended date in the first days of July, but due to the different nature of viewers’ experience this year, organizers are keeping the online program open for another week.

“We get that watching from home for the live festival’s real length at Stanica-Záriečie and New Synagogue might even put dedicated couch potatoes off. So we’re making the films and most of the accompanying programme available online up to 11 July – a week after the event. But concerts will only be available online for 24 hours after,” Sujová explained.

Fest Anča 2021 will also have a kids’ program. It will also be available online for discounted online kids’ ticket holders. Plus the festival will feature an Industry conference section for local animation professionals.