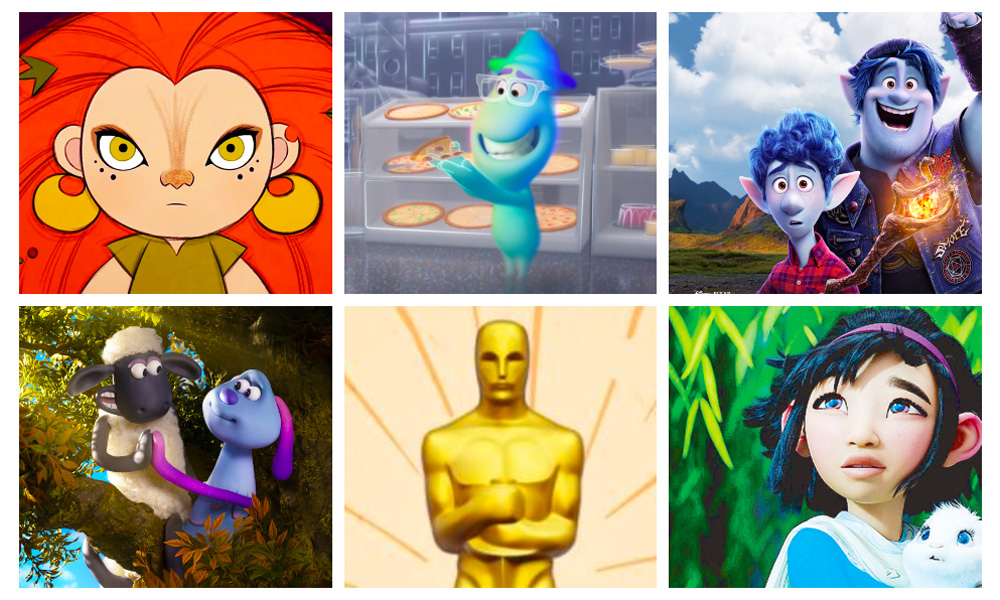 This morning, the nominations for this year’s Academy Awards were announced at 5:20 by Priyanka Chopra Jonas and Nick Jonas in 24 categories. Here is our list of this year’s animation and vfx-related nominees:

Most of this year’s previously announced awards and critics lists have so far been divided between Disney/Pixar’s Soul and Cartoon Saloon’s Wolfwalkers. Pixar has won this category ten times since the category was created in 2001. Nevertheless, all of Cartoon Saloon’s three previous movies (The Secret of Kells, Song of the Sea, The Breadwinner) have been nominated and Wolfwalkers has been hugely successful and critically acclaimed. Farmageddon took the spot occupied by The Croods: A New Age and The Willoughbys in some of the other award races.