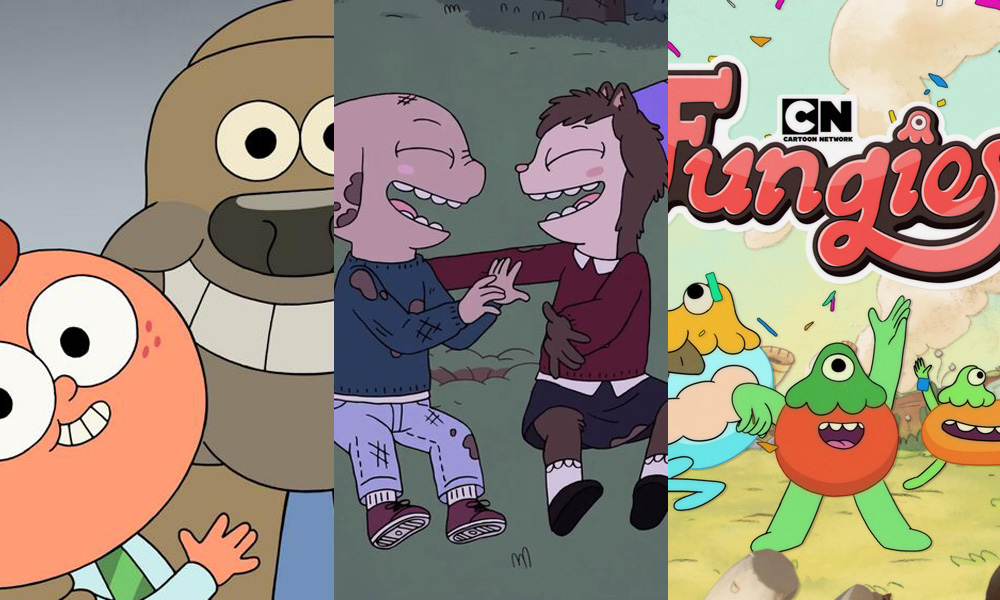 Check out the newly revealed Tig ‘n Seek and Summer Camp Island clips and the premiere trailer for The Fungies! below.

Tig n’ Seek follows an upbeat and eccentric eight-year-old boy named Tiggy and his cat, Gweeseek, who live and work at the Department of Lost and Found — finding lost items all throughout Wee-Gee City! Now streaming on HBO Max.

Read more about Tig n’ Seek in the August Comic-Con issue of Animation Magazine, available to download for free at our virtual booth #1532 or online here!

When the Moon is unable to change Puddle’s star sign so he can marry King, Hedgehog and Oscar find a solution!

Get ready for Cartoon Network’s new prehistoric comedy, The Fungies, created by Stephen Neary! Explore Fungietown with Seth on his quest for the ultimate adventure! Premieres August 20 on HBO Max.