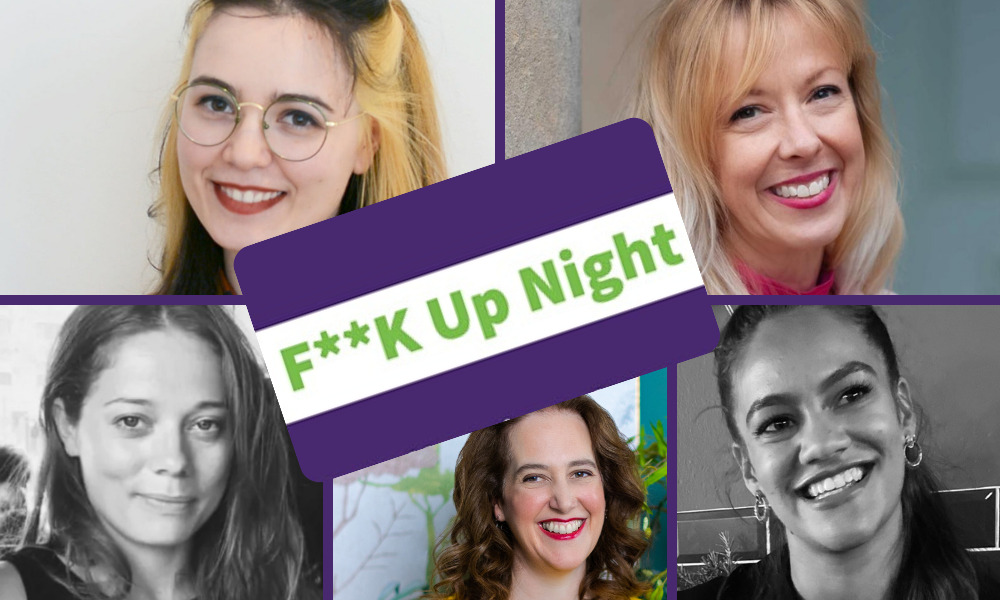 Animated Women UK (animatedwomenuk.com) will be running a virtual F*ck Up Night event on the evening of Tuesday, March 8, International Women’s Day. After a successful first event in December 2020, F*ck Up Night returns with a new panel of speakers across the VFX and animation industry coming together on Zoom to share their experiences and talk about “how to get something positive out of f*ck ups and failures.” The event is free for AWUK members or £5 for non-members; tickets available here.

Led by AWUK Animation co-Chair Dara McGarry, the speakers will share their ‘less than successful moments’ and what they learned from them. This is followed by the opportunity for all participants to join in a Q&A via chat and live discussion over Zoom. Participants will then be invited to break out into smaller groups and encouraged to share their own stories. Speakers: 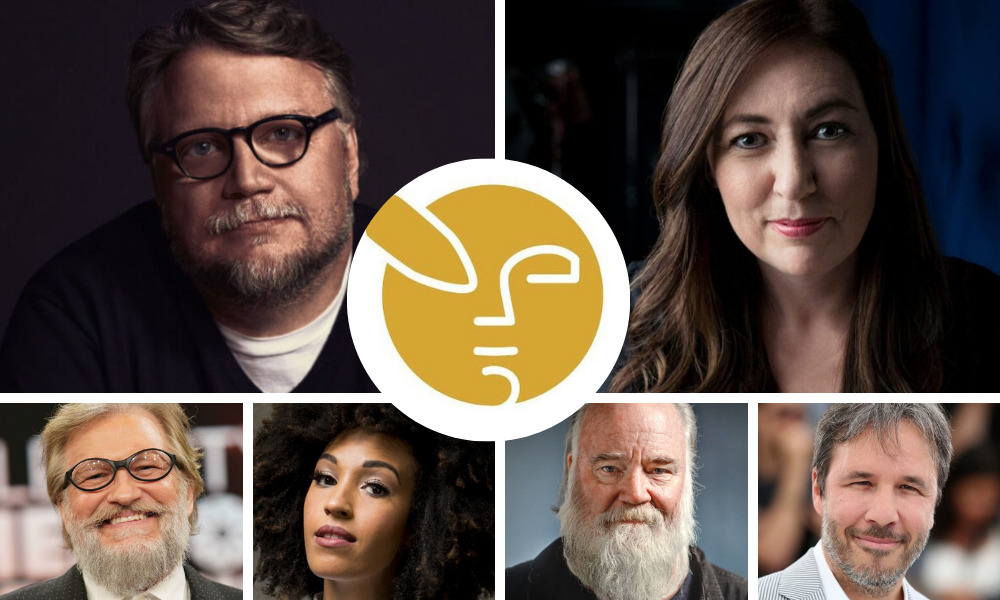 The Visual Effects Society (VES, visualeffectssociety.com) has announced the full special honorees and award presenters list for the 20th Annual VES Awards, recognizing outstanding visual effects artistry and innovation in film, animation, television, commercials and video games and the VFX professionals who bring this work to life (see the full list of nominees here). During the ceremony on Tuesday, March 8 at The Beverly Hilton Hotel, awards will be presented in 25 categories and the program will feature special presentations. Honorees and presenters are (in formation order): 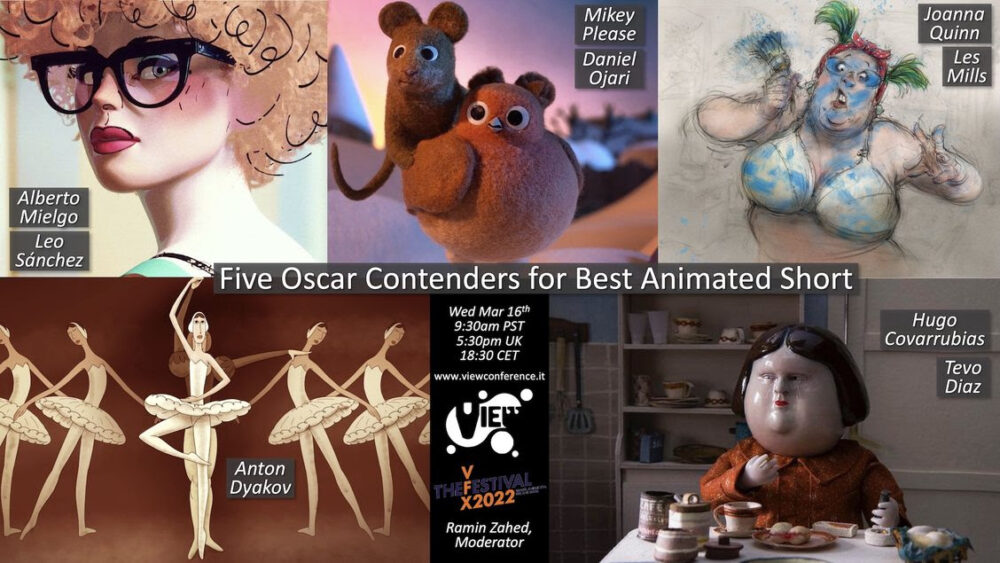 Yet another compelling VIEW Conference virtual session has joined the calendar. Following the news of its Feature Animation and VFX Oscar contender panels, the Italian CG confab announced it will be hosting Five Animated Short Film Oscar Contenders on Wednesday, March 16 at 9:30 a.m. PST / 5:30 p.m. UK / 18:30 CET. Registration is free (sign up here) but donations to support VIEW programming are appreciated (donate here). 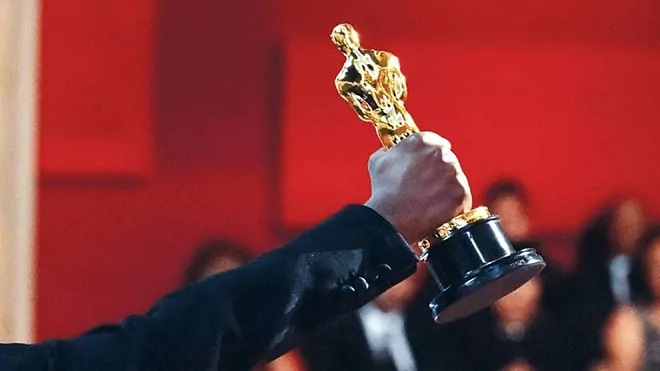 Why shouldn’t animated short filmmakers get their “Oscar moment” on live TV?

Speaking of the Oscars, The Animation Guild (IATSE Local 839) has reportedly denounced the Academy’s decision to cut the Best Animated Short presentation from its live program this year. The category is one of eight (also including Original Score) that will be pre-recorded and re-inserted into the telecast on March 27 in what the Academy hopes is a “tighter” three-hour show.

The TAG Board’s statement on the change, as shared by Cartoon Brew, reads: “Short Films are critical to showing the diversity of voices in the world, and excluding them from the live broadcast impacts inclusion efforts. Filmmaking is a collaborative undertaking, and each contribution is essential. We are disappointed in the Academy’s decision to send a message that some artistic endeavors are less valuable than others. We strongly feel that the artistry behind animated short films and the seven other categories should be presented and accepted in the live telecast.” 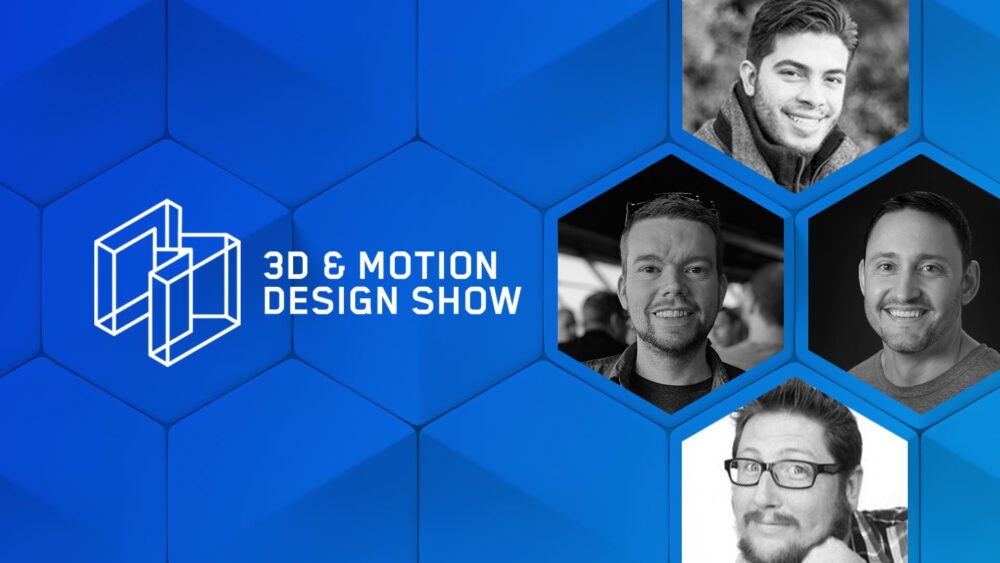 Maxon has announced their comprehensive offering of 3D, VFX and motion design events for their community of users for 2022. The annual schedule includes the return of the popular 3D and Motion Design show, weekly webinars and, after two years of canceled shows, a hopeful transition back to in-person events — beginning with NAB 2022 (April 24-27); the April 3D and Motion Design Show is expected to be broadcast live from the Maxon NAB booth.

The 3D and Motion Design Shows will continue to feature presentations from expert motion graphics and VFX artists showcasing professional 3D techniques and real-world production workflows using Maxon’s Cinema 4D, Redshift and the Red Giant product lines, as well as the newly acquired ZBrush tools. New for 2022, each show will open with “News and Notes” from Maxon. Presentations from each event will be streamed live and will be available online shortly after airing on 3DMotionShow.com as well as the Maxon YouTube channel. The 3D and Motion Design Shows kick off March 23 at 8 :30 a.m. PT with presenters including 3D generalist Matt Milstead, Rocket Lasso founder Chris Schmidt, concept/character artist Pablo Munoz Gomez and Michael Pavlovich, director of Character, Weapon and Vehicle Art at Certain Affinity. Additional shows are set for May 18, June 22, July 20, SIGGRAPH (Aug. 8-11), Sept. 28, Oct. 19, Nov. 9 and Dec. 7. 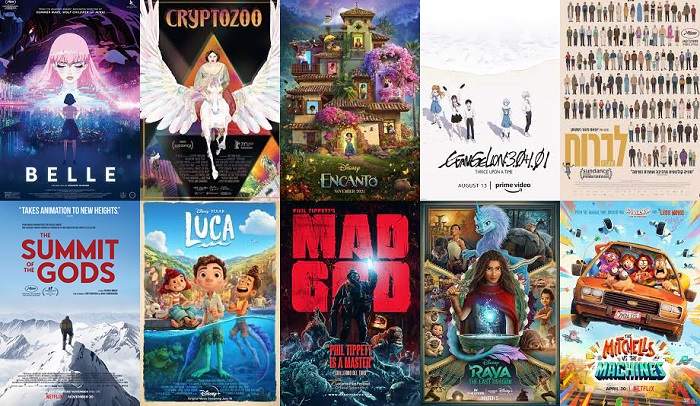 The Walt Disney Family Museum has announced its next major special exhibition, Walt Disney’s The Jungle Book: Making a Masterpiece, in celebration of the beloved animated classic’s 55th anniversary. Guest-curated by acclaimed animator and Disney Legend Andreas Deja, the exhibit will debut Summer 2022 in the Diane Disney Miller Exhibition Hall, and will explore the creative complexities behind the film including the unique character personalities, voices, artwork, cutting-edge techniques, the memorable songs by the Sherman Brothers and Terry Gilkyson, the impact of Walt’s death during production and the picture’s enduring popularity. Further details will be announced in April.

Running concurrently with this exhibition, the museum will also present its first Cause Awareness exhibition, Creative Conservation: The Art of Endangered Animals, in the Lower Lobby and Theater Gallery. In partnership with five wildlife sanctuaries located around the world, the exhibition will be free to view for all museum ticket holders, and will feature abstract and pawprint creations by rescued and rehabilitated animals, complemented by wildlife-inspired artwork by Deja. All works will be available to purchase through the museum’s website, with proceeds supporting the wildlife sanctuaries. 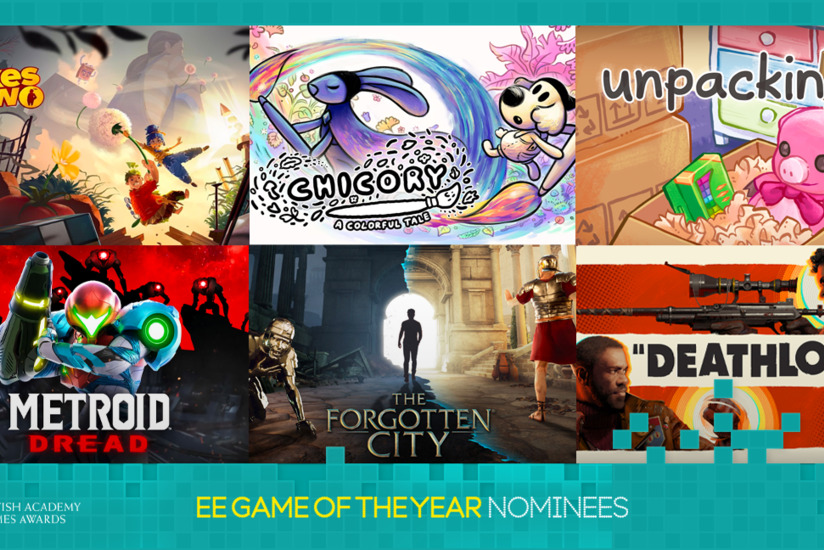