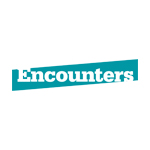 Bristol, UK’s Encounters Short Film and Animation Festival is calling for submissions from cutting-edge filmmakers for its virtual reality program: VRgins. Entries must be received for consideration by May 23; visit the website for details. The 2017 festival is set for September 19-24.

“VR, AR and 360 are fast becoming hugely popular and increasingly accessible formats, with this new content strand we’re looking for creative filmmakers,” said festival director Rich Warren. “There’s tremendous potential for this to become a very powerful tool in filmmaking and we’re really excited to see what comes of it.”

The aim of VRgins is to showcase the work of cretive filmmakers working in the emerging media of virtual reality, augmented reality and 360-degree storytelling. Throughout the festival, Encounters will host a VR cinema presenting audiences with a curated program of this content. The program is not tech-expertise focused, instead focusing the lens on storytellers. The inaugural “Immersive Encounters” competition will award a cash prize of £1,000.

This is the second year that the festival will feature a dedicated VR program — 2016 included the Nexus Show and Tell masterclass, which explored the technology and its application in storytelling.

The UK’s longest-running competitive shorts and animation festival, Encounters is a qualifying event for the Oscars, BAFTAs, European Film Awards and Cartoon d’Or. The festival is funded by the British Film Institute, Bristol City Council and the MEDIA program of the EU; and sponsored by University of the West of England, Aardman Animations and IMDb.