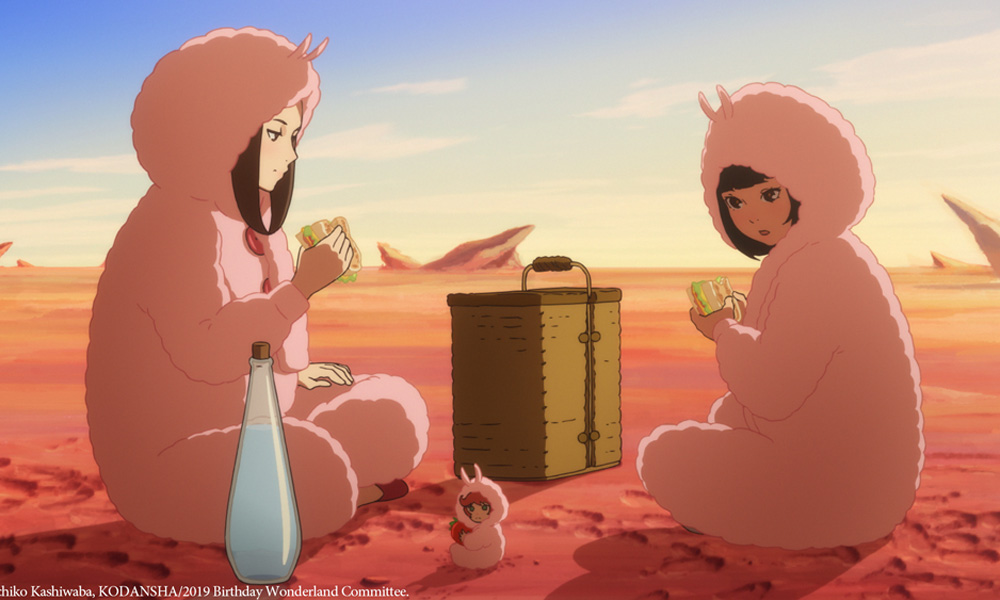 Keiichi Hara’a latest animated feature The Wonderland will be get a theatrical release in the U.S. and Canada beginning January 31st, thanks to indie distributor Eleven Arts. The film, which was released as “Birthday Wonderland” in Japan, was produced by the team at the Signal.MD animation studio, which also worked on Napping Princess and Recovery of an MMO Junkie. Hara is best known for directing Miss Hukasai and Colorful, both of which won Jury Awards at Annecy. The film’s character and visual designs are by the acclaimed Ilya Kuvshinov, who is known for his books Momentary and Eternal, as well as his digital and print illustrations that have earned him the adoration of millions of fans across the globe.

The official synopsis of the movie reads: On the day before her birthday, young Akane meets the mysterious alchemist Hippocrates who brings her through a basement and into a fantastical world full of magic and color. He reveals that this world is in danger, and as the “Green Goddess” it is her destiny and responsibility to save this world. The only problem? Akane just wants to go home.

The most up-to-date theater locations and ticket links can be found at www.elevenarts.net/wonderland or at participating theater box offices.

You can see the film’s trailer here: