The DreamWorks Animation saga continues as investors have filed a class-action lawsuit, which accuses the major league studio of making misleading statements about the financial health of the company, and failing to write down 2013’s Turbo in time. DWA reported its 2014 Q2 results on July 29, revealing a $15.4 million loss with a revenue of $122.3 million compared with last year’s $22.2m profit and $213.4m revenue.

The suit, filed in California, represents investors who purchased shares between October 29, 2013 and July 29, 2014, alleging “that throughout the class period, defendants made false and/or misleading statements, and failed to disclose material adverse facts about the company’s business, operations, prospects and performance,” per a statement from the law firm Pomerantz LLP.

Along with the Q2 report last week, DWA revealed that it had learned the Securities Exchange Commission was conducting an investigation related to the $13.5m Turbo write-down, which the studio reported in February. Specific allegations by the investors include that the studio failed to take a timely write-down for the CG film, which saw the lowest gross of any DWA film to date; that the company’s net income for 2013 was overstated; it lacked adequate control of financial reporting; and that financial statements were false and misleading.

The studio’s March release, Mr. Peabody & Sherman, took in even less than Turbo for a box-office gross of $268.2m, though the summer sequel How to Train Your Dragon 2 is performing well with a worldwide total of $463.8m. The studio’s next film is Penguins of Madagascar (November 26), and DWA has a three-picture-per-year slate planned through 2018. 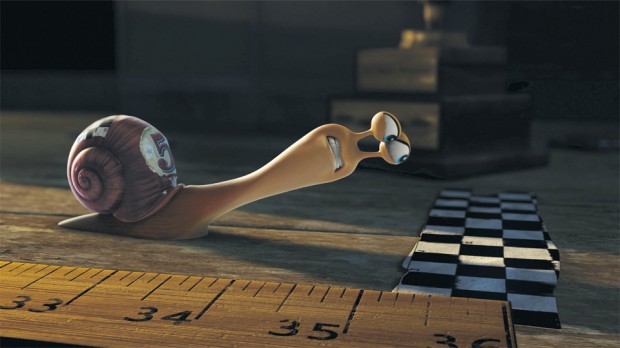 You may also like...
Related Topics:DreamWorks Animation, DWA, How to Train Your Dragon 2, Mr. Peabody & Sherman, Penguins of Madagascar, Pomerantz LLP, Turbo