Melco Crown Resorts Corp., a developer, owner and operator of casino gaming and entertainment resort facilities in Asia, has announced a collaboration with DreamWorks Animation to develop a DreamWorks-inspired “Edutainment” center at City of Dreams Manila in the Philippines.

DreamWorks and Melco Crown together are introducing an education-based, interactive entertainment concept called “DreamPlay by DreamWorks,” which will be the first of its kind when it opens later this year.

Guests will immerse themselves in the world of DreamWorks Animation, interacting directly with their favorite characters through revolutionary experiences. Interactive environments, featuring the very latest digital technologies, will enable kids to engage in a wide range of thrilling activities, interacting with beloved characters from DreamWorks Animation’s world-famous franchises including Kung Fu Panda, Shrek, Madagascar and How to Train Your Dragon.

City of Dreams Manila is a leisure, gaming and entertainment destination resort under development at Entertainment City, Manila, Philippines. 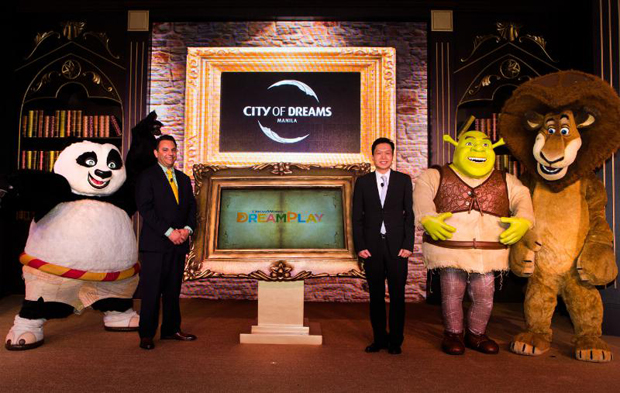