Indian animation studio and distributor DQ Entertainment was the winner of this year’s International Studio of the Year award at the 16th edition of Italy’s Cartoons on the Bay this weekend. The company’s animated series Iron Man (co-produced with France’s Method Animation) also won the Pulcinella for Best Animated Series for Teens. DQE’s other CG-animated series Charlie Chaplin was also nominated in the Best TV Series for Kids at the festival.

“We are delighted to receive this special recognition in Europe, which is a validation of the dedication and hard work by DQE,” said DQE’s CEO and Chairman Tapaas Chakravarti. “This recognition will definitely motivate us to achieve even greater heights to continue producing and distributing highest quality animation content for television and feature films globally.” 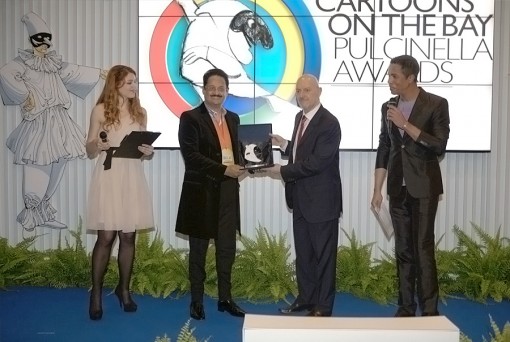