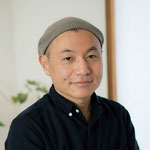 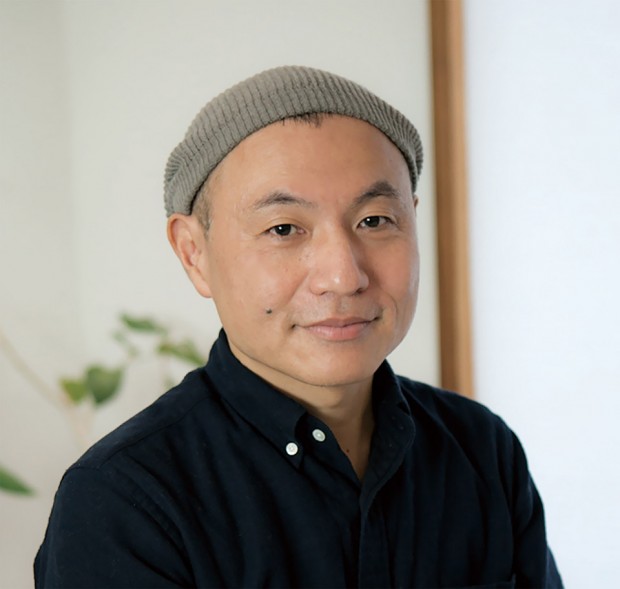 Over the past 10 years, Japanese TV and film director, writer and storyboard artist Masaaki Yuasa has received a lot of attention for his trademark free-form style and TV projects such as Ping Pong, The Tatami Galaxy and Kaiba, and short film Kick-Heart. Yuasa also directed and animated the acclaimed “Food Chain” episode of Adventure Time during its sixth season. This month, two of the 52-year old’s feature films will make a splash at the Ottawa International Animation Festival.

The first feature Night Is Short, Walk On Girl is based on Tomihiko Morimi’s (Tamako Market) novel of the same name. The director produced the film at his Science SARU studio, based on a script by Makoto Ueda. The movie centers on an upperclassman who falls in love with a younger student (the Girl with Black Hair) and tries to win her heart. The film features character designs by Yusuke Nakamura, who also worked on Tatami Galaxy. 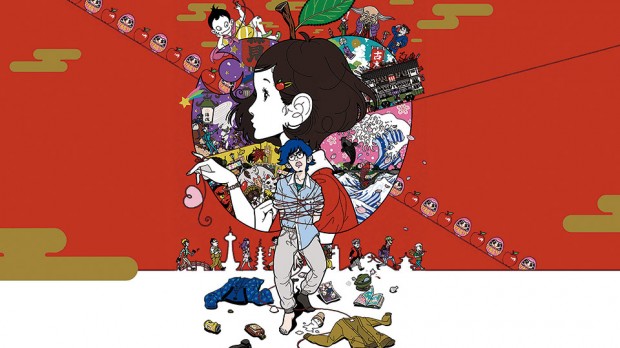 Yuasa’s second movie of 2017, Lu Over the Wall, opened in Japan last May and won the Cristal for Feature Film at the Annecy International Animated Film Festival. The film charts the adventures of a middle school boy who moves with his father from Tokyo to a small fishing town after his parents’ divorce. There, he makes new friendships, meets a mermaid and ultimately learns to be courageous and open up his heart to life’s possibilities. Also produced by Science SARU, the film was penned by Yuasa and Reiko Yoshida, with character designs by Youko Nemu. 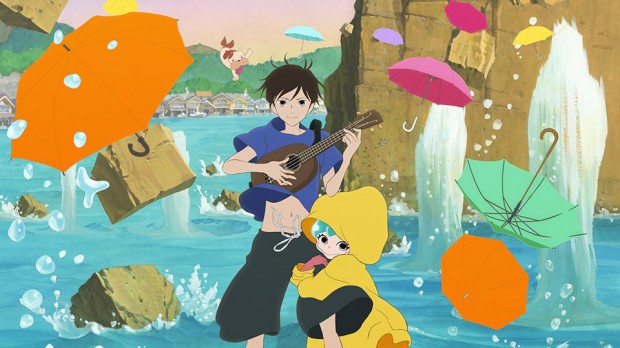 “Whether you are credited with the script for an animated film or not, the time you spend on the project doesn’t change much,” explains Yuasa in an email interview. “During the making of one movie, the pre-production for the second movie started. Many artists from the first movie also worked on the second one. One of the biggest challenges these days is attracting and keeping good talent, so I think it’s very efficient to work on two projects almost simultaneously. The work overlapped in many instances at our studio, but we were able to make it happen smoothly.”

Yuasa has used both Flash technology and traditional animation techniques in his work before, but he says what is most important is the talent that works on each film “We rely on the talent of many artists, so the quality of the film is safe regardless of the method we use,” he says. “Flash allows you to complete a project with fewer staff members. Also, because the vector lines can be applied in various ways, they allow more flexibility. We can change the style or patterns of the animated film depending on the demands of the project. I think I use a certain style to take advantage of my strengths and cover up my shortcomings.”

When asked about his influences, Yuasa mentions a wide range of artists. “I have been influenced by both animated and live-action films,” he explained. “I have been inspired by the works of Hayao Miyazaki, of course. Spirited Away is a favorite, but I’ve also admired many of his TV work, including Future Boy Conan.” He also includes the films of Tsutomu Shibayama, Ken (Shun?) Izaki, Steven Spielberg, Yasujiro Ozu, Brian De Palma, Tex Avery, Akira Kurosawa and Alfred Hitchcock, as well as George Dunning’s Yellow Submarine among his all-time favorites.

In Night Is Short, Yuasa also pays homage to the great American musicals. “I love classic American musicals, films like Singin’ in the Rain and West Side Story. I think it’s exciting to see music synchronized with images on the big screen: Audiences always respond to spectacular productions like that. We have a musical parody scene in the movie, but it’s not done in a full-scale cinematic scale. Some day, I hope to make an authentic animated musical.”

Yuasa says it’s equally challenging to adapt a work based on an existing property as it is to direct an original project. “You always try to come up with the best version of a story that is suitable to the medium, whether it’s a short, TV series, or a movie,” he notes. “You need to consider your abilities, your reason for making the project and what is the best way to approach a project technically. I believed that styles should change to match the material, and I was taught that the mark of a skilled animator is the ability to change their style easily.”

The self-reinventing director’s next project is an adaptation of the manga Devilman Crybaby, which will be produced by Science SARU for Netflix. The series will be written by Ichiro Okouchi and Eunyoung Choi is the animation director. Yuasa says he is conscious of the international audience of his movies and TV shows when he’s working on a project, but he also doesn’t think that you have to make drastic changes for overseas viewers. “When I worked on my Kickstarter project Kick-Heart a few years ago, I was aware of the overseas potential, but I felt that it really didn’t impact my creative decisions that much,” he says.

When asked about attending the Ottawa festival, Yuasa says he loves the loose format and convivial vibes of the event. “Although it is a major animation festival, I feel that is very easy to enjoy and feels quite intimate,” he says. “In addition, everyone in the city seems to be a fan of animation. Even my taxi driver loved to talk about animation with me. I am very pleased and honored that both movies were selected to be part of the festival this year.”

You may also like...
Related Topics:Lu Over the Wall, Masaaki Yuasa, Night Is Short Walk on Girl, Ottawa International Animation Festival

True and the Rainbow Kingdom
Painting a Masterpiece: Loving Vincent