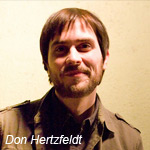 If you’re a fan of indie animator Don Hertzfeldt, you have to check out his website (Bitterfilms.com) to get all the details on his awesome national tour. The 13-state screening will feature the debut of his new short It’s Such a Beautiful Day, which has been a festival favorite and unspoiled at the Sundance Festival last week.

The new short is the final part of his well-received trilogy about a strange (stick-figure) man named Bill and his daily trials and tribulations.

The first short in the trilogy was Everything Will Be OK (2006), which was followed by I’m So Proud of You (2008). In the stunning new project, the always-confused main character Bill is revealed to have suffered brain damage in an accident and enters a new plane of awareness. 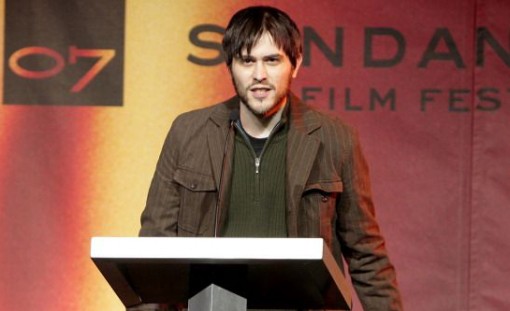 Hertzfeldt’s 2000 short Rejected was nominated for an Academy Award. The 35-year-old animator first burst on the indie animation scene with his short Lily and Jim in 1997, which was followed by the fest favorite Billy’s Balloon in 1998.

Here are some clips to brush up on your knowledge of Hertzfeldt’s highly original and simple animation:

You may also like...
Related Topics:Billy’s Balloon, Don Hertzfeldt, Everything Will Be OK, I’m So Proud of You, It’s Such a Beautiful Day, Lily and Jim, Rejected, Sundance, sundance film festival