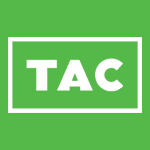 Attendance is high and the discussions vigorous at this year’s Television Animation Conference, a two-day industry event that kicked off Sep 16 and is held in conjunction with Ottawa International Animation Festival.

Many projects were announced and important business issues addressed both on stage and in informal discussions throughout the day.

Jean Lachance, VP of business development at Oasis Animation in Montreal, spoke about its new series, Two Nuts and a Richard!, launching in mid-October on Teletoon at Night. The show has already been launched in French as Les Grandes Gueules s’animent! The company expects to make some new announcements in the coming weeks and reports business is very good with its animation group and with its live-action properties.

Anish Patel, founder and CEO of Mumbai-based HopMotion Digital Animation, says the service business is going well for the company. He also says they are working with A.J. Cote in Canada to develop IP that would be able to work in India as well as North America.

Pipeline Studio’s new show Nina’s World is set to premiere Sep 26 on Sprout in the United States. The show features voices from Mandy Patinkin and Rita Moreno and is made in collaboration with NBC Universal and Sprout. “This is one of the best things that has ever happened for preschool,” says Louis Lopez, co-founder of Pipeline.

Producers on the show are Angelica Lopez and Darren Bristow with Lopez as executive producer. They had a great promotion for the show during the launch of the Minions movie. Pipeline continues to grow, with studios in Toronto, Vancouver, Los Angeles and Colombia, with a staff of 250 people company-wide.

Groupe PVP reports the start of a new production with Gaumont called Trulli Tales, with Disney U.K., RAI in Italy, Gloob in Brazil, Radio Canada and Congedo and Fandango from Italy. Groupe PVP will be doing pre- and postproduction and the show is scheduled for release in early 2017.

Francois Trudel, producer and VP of international affairs at Groupe PVP, says that with Netflix, Amazon and YouTube chasing content, the U.S. channels are more open to co-productions than ever before as they need to adapt the way that they are doing business and the new opportunities. This involves working with several broadcasters instead of one, three co-production studios instead of two and doing development in emerging markets like South America, Asia, Malaysia, the Philippines, etc.

The Canadian license fees have been reduced, which is making the break even point more difficult to attain. Because of that, Groupe PVP is taking more advantage of the opportunities in emerging markets and working with partners all over the world. The competencies overseas have improved significantly and they bring their own artistic sensibilities to the production resulting in greater international appeal, he says.

Also, Groupe PVP is starting on another production with Gaumont and Radio Canada called Belle and Sebastian.

Laughing Dots in Bangalore, India, is working with a German company on a new production. Creative director Phaneendra Mylavarapu and project manager Praveen Teegala report doors are now opening for them in Canada and early next year they will be looking to develop the U.S. market. They are looking into bringing out their own IP and doing more co-productions.

The industry in general in India is looking up. Laughing Dots recognizes that any IP needs to have international appeal as opposed to being developed just for local markets. There is still the problem of the local broadcasters not paying enough to sustain local content generation.

A highlight of TAC was the 2D versus 3D panel, which featured Kyle McDougall, partner in Ottawa-based Jam Filled Entertainment; Delna Bhesania, CEO of Vancouver’s Bardel Entertainment; and Shane Prigmore, art director and development consultant at Disney TV Animation. It was moderated by Victoria Coulthart, a producer from Guru Studio.

All panelists basically agreed that the choice of medium is dictated by three criteria: story, available talent and design. There was general agreement that productions are now hybrid as opposed to one or the other and that budget is very important.

What was particularly interesting was the amount of time spent discussing the fact that graduates needed to be trained and mentored for extensive periods of time. This brings up the issues in my mind that the schools are not meeting the mark when in comes to the need for hybrid graduates.

Algonquin College recently changed its systems moving from having streams into having a core curriculum at the beginning of the program and they work closely with local studios. The same is happening at Capilano College in Vancouver. There is a broader discussion to be had here as it relates to the communications with the major art colleges. It is unfortunate that so many graduates do not get jobs when there are so many jobs that they cannot find trained people. 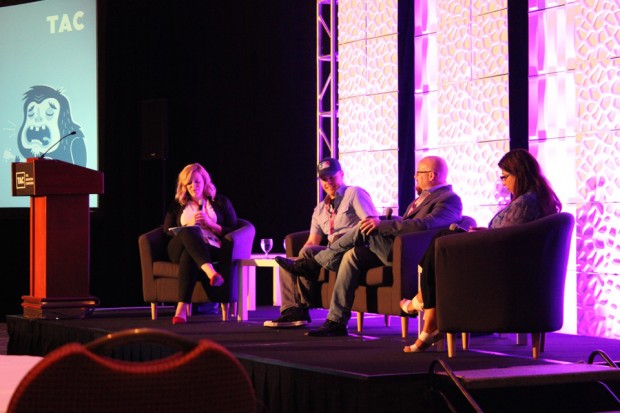