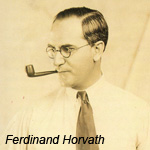 Just in time for Oscar weekend, the Disney archives have released a newly discovered sketch from 1938 short Mickey’s Toothache, part of an unfinished cartoon that was created to give the rodent star a more complete character. The sketch shows Mickey being chased by a dentist’s chair and archenemy Pete.

Artist Ferdinand Horvath has Mickey experience a psychedelic nightmare after he visits the dentist and takes in too much laughing gas. According to Disney Archives director Becky Cline, the overdose sends Mickey into a “nightmarish world inhabited by living teeth, dental floss, a psychotic dentist’s chair and a vengeful pair of dental pliers.”

Mickey’s then-nemesis Pete also makes an appearance, and Mickey is finally put on trial led by a judgmental wisdom tooth who accuses Mickey with tooth neglect.

The previously forgotten piece of artwork was discovered in the Walt Disney Archives, hidden in a folder lost for more than 74 years. It was unearthed just a few months ago.

“Mickey’s Toothache” is just one of several discoveries being planned as part of this year’s D23 Disney Fanniversary Celebration. The Horvath image will be included in a 90-minute presentation showcasing some of this year’s other major Disney anniversaries in 10 different U.S. cities (Boston, Chicago, Los Angeles, Newark, Orlando, Phoenix, San Diego, San Francisco, Seattle and Washington, D.C.).

Horvath played an important part in Mickey’s evolution in the early years of the studio. Born in 1891, Horvath spent time in a Russian concentration camp where he taught himself to draw before immigrating to America in 1921. He worked for the studio between 1934 and 1944, produced over 70 animated shorts and was also involved in the production of Snow White and the Seven Dwarfs.

For more info about the Disney event, visit www.D23.com. 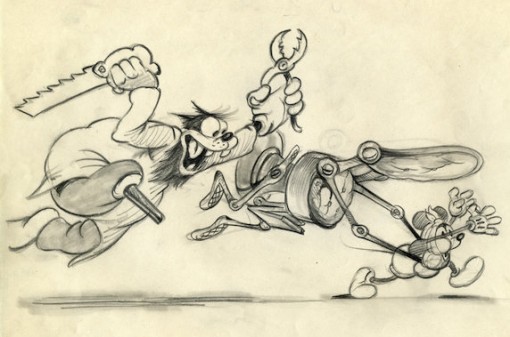