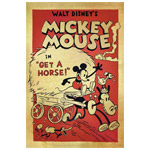 Walt Disney Animation Studios has released two animation cel images from the new Mickey Mouse short Get A Horse! which will make its United States debut at the 2013 D23 Expo in Anaheim, Calif. Next week.

The cel features Mickey Mouse as he invites his favorite gal pal Minnie to join him on a musical haywagon ride in the short Get A Horse!. The short, which stars Walt Disney himself as the voice of Mickey, made its world premiere at the Annecy Festival in June.

Get a Horse! was conceived by director Lauren MacMullan, who decided to work on the project after she was told by Wreck-It Ralph director Rich Moore that Disney was looking for some ideas for a Mickey Mouse TV show. The short was completed in about a year and a half, with supervision by veteran Disney artist Eric Goldberg and CG work by Adam Green. To achieve the 1928-era Mickey Mouse look, aging and blur filters were added to the image. 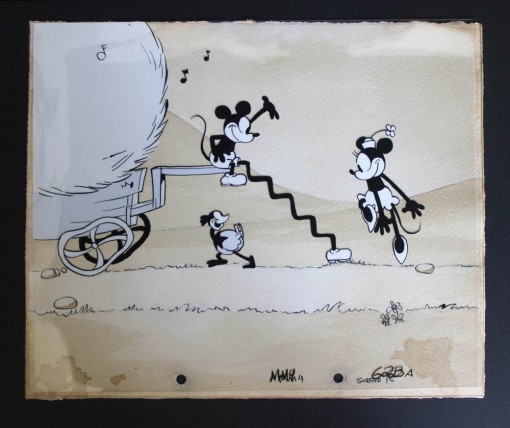 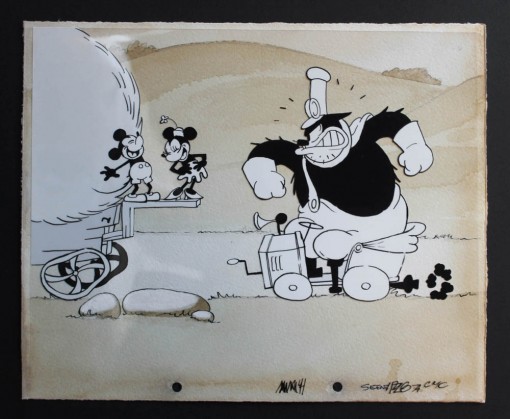