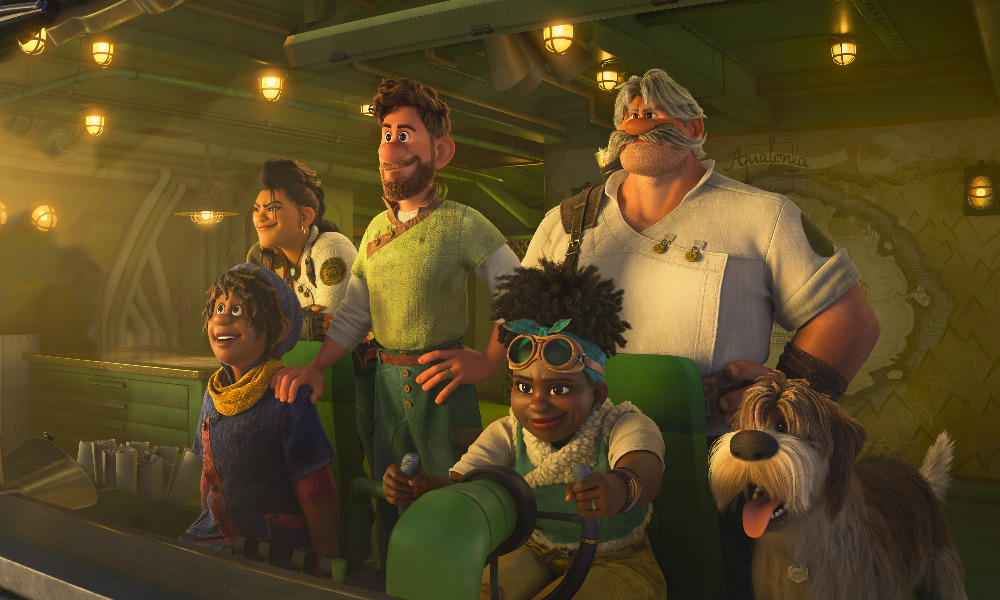 Strange World, the upcoming feature from Walt Disney Animation Studios, won’t play in French theaters, owing to a spat over windowing. The clips exclusively shown at Annecy Festival this week thus offered a rare chance for a French audience to see anything of the film on the big screen.

Not that we were shown much; only a few minutes of footage, much of it still in layout or rough animation. But the clips, combined with visual development artwork and a charismatic presentation by Disney producer Roy Conli, gave a good sense of the retro-fantastical adventure plot.

The stars are the Clades, a family of adventurers led by patriarch Jaeger, who goes missing during a mission. Flash forward a few decades, and the family’s isolated rural village has grown into a teeming metropolis thanks to the discovery of an energy-generating plant by Jaeger’s son Searcher. But when the crops begin to fail, Searcher reluctantly embarks on another expedition, son and friends in tow.

Here are five things we learned about Strange World:

It features an out gay lead. In one clip, Searcher’s son Ethan recoils as his father embarrasses him in front of a boy he fancies. We understand that Ethan has often spoken of his crush to Searcher. The revelation comes as Disney gears up to release Pixar’s Lightyear, with its historic (for Disney) kiss between two women, and also amid the fallout from the company’s controversial response to Florida’s “Don’t Say Gay” bill.

The plot alludes to climate change. Searcher’s energy-giving plant “pando,” which helps turn his land from agricultural backwater to urban powerhouse, comes across as a proxy for fossil fuels — albeit clean (as far as I could tell). The subsequent crop blight is a self-evident allegory for our global problems. Strange World is partly about “what it might take to save our planet,” said Conli.

Disney is leaning into steampunk. Reference points for the story include Jules Verne and H. G. Wells stories, so it’s little surprise that the vis dev artwork for the metropolis revealed a romantic old-world approach to architecture and technology, including a flying airship that looked like it had flown in from a Miyazaki movie. On the whole, the era the story takes place in is ambiguous.

Veteran Disney story artist Burny Mattinson suggested the film’s dog. Shaggy pooch Legend accompanies Searcher on his expedition. The pet was the brainchild of Mattinson, who has been at Disney for a full 69 years. He said the character would help “ground [the story] in reality.”

The voice cast mixes veterans and rising talents. Jake Gyllenhaal had already been announced as the voice of Searcher. At Annecy, it was revealed that Dennis Quaid plays Jaeger, Gabrielle Union voices Searcher’s wife Meridian, and up-and-coming actor and comedian Jaboukie Young-White joins as Ethan. The main cast is rounded out by Lucy Liu as Callisto Mal, the experienced explorer who organizes the expedition. 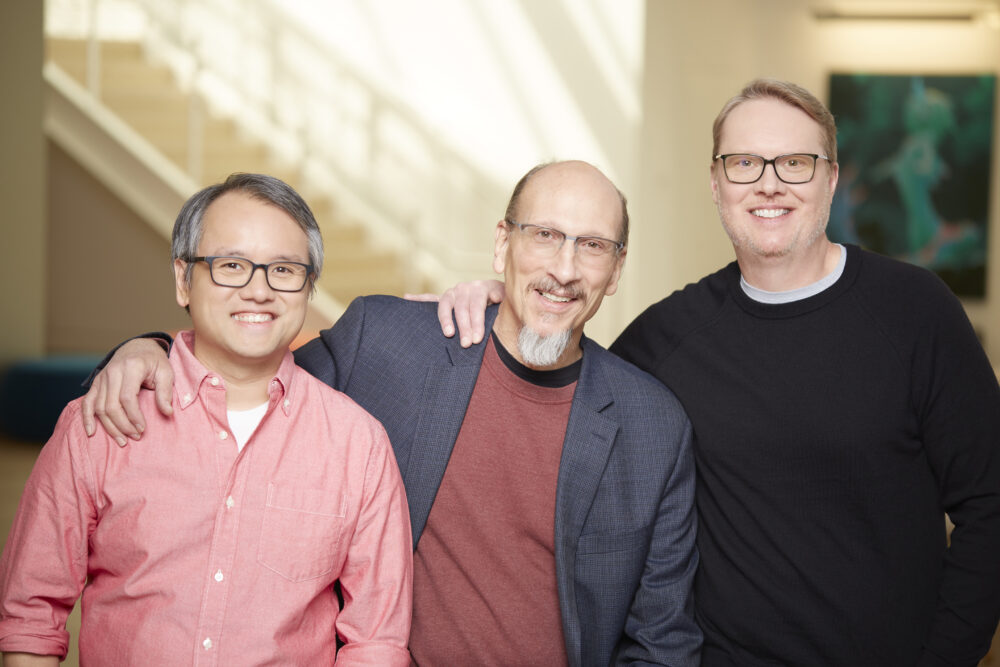 The presentation also covered Baymax! and Zootopia+, the first two series Walt Disney Animation Studios has ever produced. They are spin-offs from the studio’s Big Hero 6 and Zootopia respectively, and both are bound for Disney+.

We were exclusively shown an episode from each. In the episode from Baymax!, the eponymous inflatable robot steps in to run Aunt Cass’s bakery after she sprains her ankle. Cue a few gags at the expense of coffee culture — Baymax struggles to seal a fiddly plastic lid over a cup — and a heartwarming conclusion about the loyalty of Cass’s clients. There are four directors on the series; this episode was helmed by Dean Wellins, a story artist on Big Hero 6.

The Zootopia+ episode extended the Godfather parody nestled in the original film, with the mafia played by a cast of shrews. The story aped the flashback sequences in The Godfather Part II, which depict the making of Don Corleone. The episode mines laughs from scale: the mobsters here are separated from the old country not by an ocean but by a puddle, and when they take to baking to earn a living, their cannoli pastries are almost as big as they are. The series is directed by Trent Correy and Josie Trinidad.

As part of the  Disney Animation presentation, Oscar-winning filmmaker and CCO Jennifer Lee received the Festival’s Honorary Cristal Award, from the festival’s artistic director Marcel Jean. In her remarks to the audience, Lee thanked the festival and all of those at Disney Animation. “We look ahead, together,” she said. “The ‘we’ is more important than ever as our studio can only truly shine when everyone feels welcome, feels the pride and responsibility of our legacy, and feels inspired to create, together.” 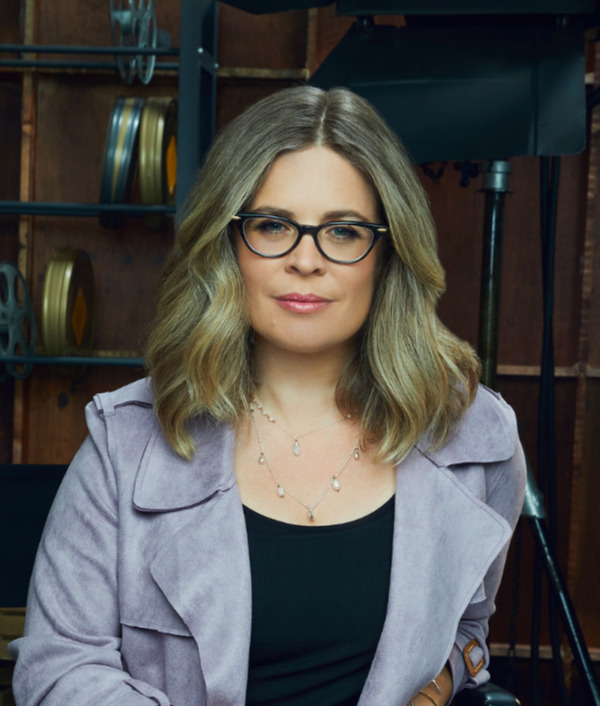