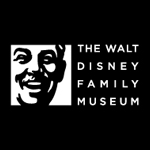 Last month, San Francisco’s Walt Disney Family Museum launched a comprehensive exhibit featuring the works of world-renowned Italian animator Bruno Bozzetto. The celebrated director of the 1976 classic Allegro Non Troppo was hugely influenced by Disney’s Fantasia and Bambi, which instilled in him a love of nature and classical music. So it’s fitting that the new exhibit “Animation, Maestro!” (which opened Nov. 21) is held at the Disney Museum.

The Theater Gallery event is accompanied by the screenings of the animator’s greatest short films, together with an anthology of the best sequences from his feature films, and the full restored version Allegro Non Troppo. This selection underlines how Bozzetto’s works represent a perfect link between the classic Disney lesson and a contemporary, authorial stylized approach. As Disney/Pixar CCO John Lasseter remarks, “Bruno Bozzetto’s films have been one of the greatest inspirations for me as an animator and storyteller. He has created some of the funniest animated films ever made and is one of the most clever storytellers around. Bruno’s designs are so appealing, and his comic timing is truly unsurpassed.”

Curator Federico Fiecconi assembled this tinely homage under the guidance of the late Diane Disney Miller, who decided to expand the museum’s focus to masters of animation who have been influenced by her father’s studio. “It is no wonder, because Bruno’s career is connected to Walt Disney’s personal path under several aspects” said Fiecconi, animation critic and historian who specializes in Disney animation. “Both are storytellers and filmmakers who focus on the future, always looking at the next achievement; both have unleashed their creative freedom profiting of a close relative taking care of the financial part and backing their talent: Walt’s brother Roy, and in Bruno’s case his father Umberto.”

Bozzetto’s Allegro non Troppo is a sarcastic and beautiful send-up of Disney’s Fantasia, which offered an animated anthology set to the music of classical greats such as Beethoven’s Pastoral Symphony, The Sorcerer’s Apprentice, The Rite of Spring, Dance of the Hours and Night on Bald Mountain. “When the movie was released in Italy, I saw it 11 times,” notes Bozzetto from his home in Bergamo in the North of Italy.

On view until March 17th 2014, the “Bruno Bozzetto: Animation, Maestro!” exhibit (designed by Italy’s Graffiti Media Factory) displays 60 original pencil drawings, cels, and backgrounds: The number 60 corresponds to the number of years the 75-year-old animator has been working in the business. (He was only 15 when he created an homage to Donald Duck.) His humorous, self-produced animated shorts, which were also influenced by Eastern European animation, UPA, and Canada’s Norman McLaren, garnered worldwide acclaim. Bozzetto has received more than 150 prestigious international awards, including a Golden Bear for Mister Tao (1988) and an Oscar nomination for Grasshoppers (1990).

Most of the artwork on display in San Francisco has been painstakingly assembled by Bozzetto’s twin daughters Anita and Irene, who were born the same day Allegro Non Troppo premiered in 1976. Their Bozzetto Distribution company has prepared a pristine copy of the movie in conjunction with the event. “The “Boléro” and “Valse triste” segments, with their sumptuous pencil shaded full animation, are a great reflection of the artistry of Bozzetto’s vision. To accomplish this, the director and producer led a team made of top-notched artists at his Milan-based studio and the best freelance artists available. This animated extravaganza was more than a simple homage to Fantasia. Not surprisingly, Disney Legend Ward Kimball, who was one of Bozzetto’s mentors, called it one of his “favorite animated films of all time.”

At 75, Bozzetto continues to work on various animated projects: He is currently working at two new shorts, while his Studio Bozzetto & Co. is producing an original series based on Disney-created characters for the upcoming Italian Expo 2015. The tireless master is also in pre-production for an upcoming feature film, titled The Mystery of the Tele-beam. 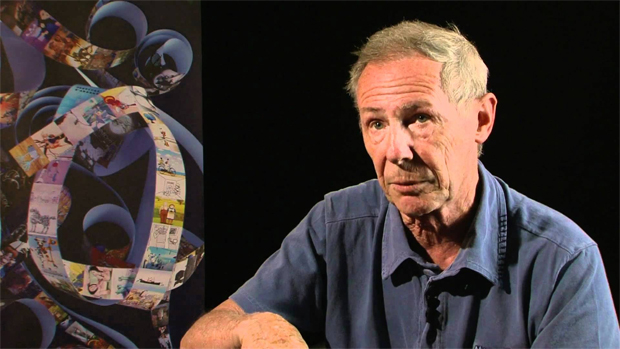 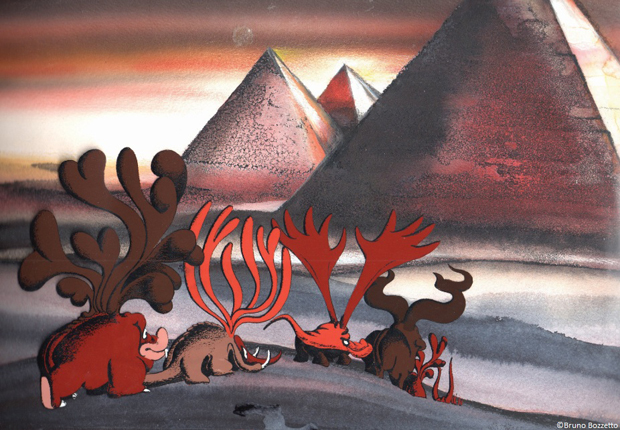 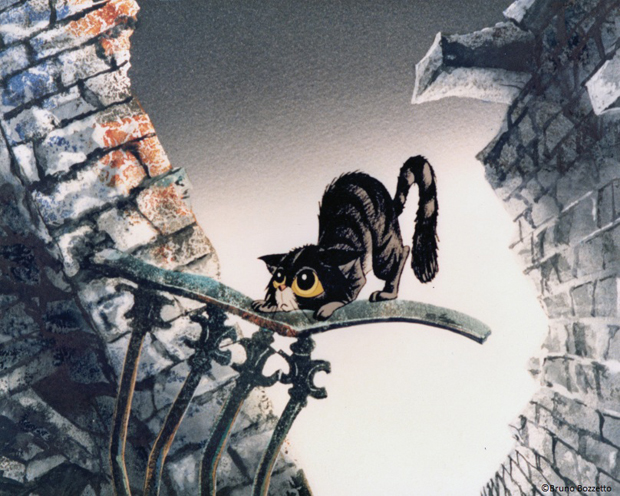