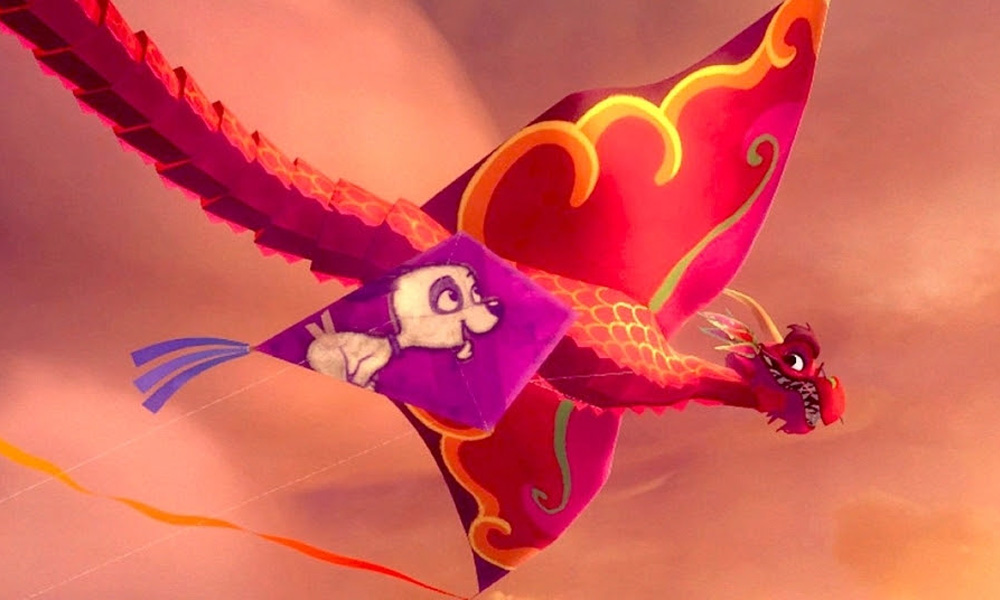 Directed by Bruce Wright, a kite’s tale combines classic hand-drawn animation and the latest innovations in virtual reality to tell a whimsical tale of two kites — a playful puppy (with a wagging tail) and a pompous dragon — who clash, tangle and ultimately must learn to live with one another subject to the winds of fate.

“I’m thrilled that a kite’s tale is premiering at SIGGRAPH 2019’s VR Theater,” said Wright. “Virtual reality has the ability to bring us into new worlds of story, and touch the hearts of the audience in never before dreamt of ways. It’s an honor to showcase our film at SIGGRAPH for the innovators and artists who are shaping the future of this medium.”

a kite’s tale was created within Disney Animation’s innovative Short Circuit program, which gives anyone within the studio the opportunity to participate in a blind submission and be selected for the opportunity to direct their short film idea. The program has produced 20 short films thus far, with a kite’s tale being the second VR film (the first, Cycles debuted at SIGGRAPH 2018).

“We’re still on the cusp of a powerful new medium, and I cannot wait for audiences to experience what Disney has done with its second VR short,” said SIGGRAPH 2019 VR Theater Director Maxwell Planck. “It’s encouraging and exciting to see studios and artists with proven success in more traditional computer graphics contribute to the next evolution of storytelling, and further proves that the seeds we are planting are strong.”

Born in Los Angeles, and raised in Redondo Beach and Lomita, California, Bruce Wright’s interest in animation was awakened in 1985 when, as a high school newspaper reporter, he attended a special screening of the Disney classic Fantasia, followed by a discussion with legendary Disney animators Frank Thomas and Ollie Johnston. Inspired, he purchased a Super-8 film camera and started making movies. After attending Cal State Long Beach, where he majored in film and television studies, he went on to work at Paramount Pictures, where he founded an experimental desktop graphics and visual effects lab, and contributed to such projects as Addams Family Values and Star Trek: Generations.

Wright began his association with Disney in 1996 as a live-action visual effects animator at Dream Quest Images, where he worked on Armageddon and George of the Jungle. His Disney Animation feature credits include effects animation on Tangled, Wreck-It Ralph, Big Hero 6, Zootopia, Ralph Breaks the Internet and, most recently, Frozen 2. Bruce and his wife, Tekla, have a teenage daughter. An accomplished magician, he can often be found dabbling in sleight of hand as a member of the world-famous Magic Castle.