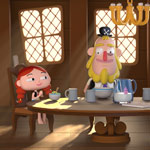 With the Annecy Int’l Animated Film Festival right around the corner, Digital Dimension has this week unveiled the trailer for its latest original TV property, Improbable Pirate Adventures. The three comical characters starring in the video will next week be introduced to buyers at Annecy’s MIFA market, presented by François Garcia, the Montreal studio’s VP of Business Development.

Improbable Pirate Adventures (52 x 11’) is a character-driven slapstick comedy about a 9-year-old orphan girl, a human-sized parrot captain, and a runaway theme park animatronic who explore the town of Eccentricity, making big deals out of little things while living their pirate lives to the fullest! The series is primarily aimed at kids 6 to 11 years old.

Digital Dimension will develop the series using Unreal real-time rendering technology, which offers an opportunity to save considerable production time. The studio previously broke new ground in kids’ TV production by using a video game engine for the entire production of Zafari, which is now broadcast in multiple territories including France and Canada. 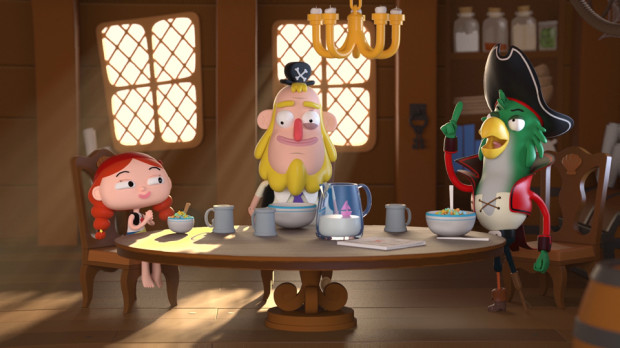