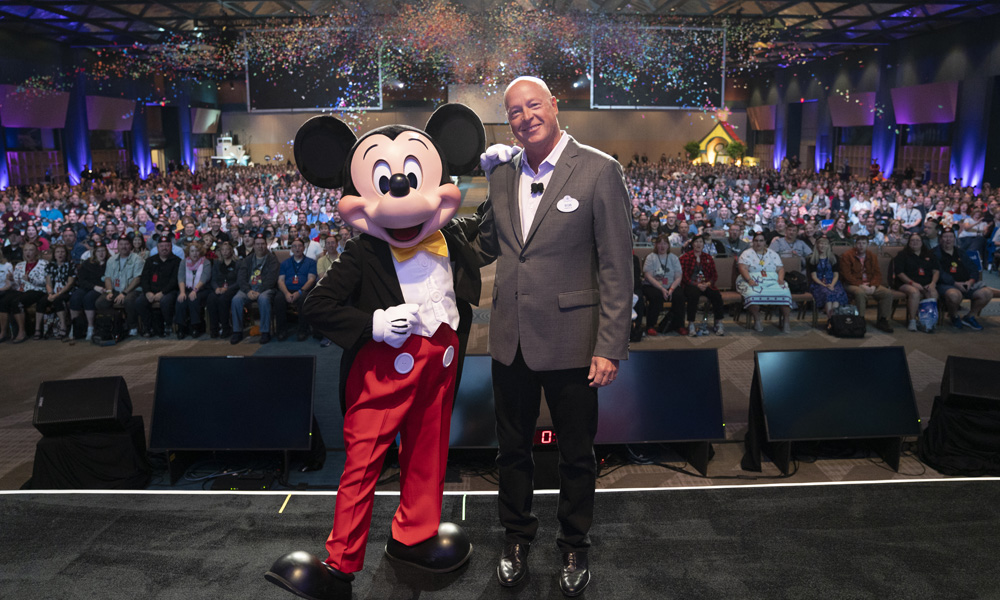 details surrounding highly-anticipated experiences coming soon to Disney parks. Attendees were the first to learn the names of and get a first-look inside the two signature attractions set for Star Wars: Galaxy’s Edge when it opens at Disneyland next summer and at Walt Disney World Resort in fall 2019. The audience was also the first to hear that Academy Award-winning Star Wars composer John Williams is creating original themes exclusively for these lands, and got a listen. A groundbreaking, fully-immersive Star Wars experience coming to Disney World was also revealed.

And in celebration of 90 years of Mickey Mouse, Chapek shared the many new, exciting ways fans can fete the beloved character. He also shared more about the multi-year transformation of Epcot, including new spectaculars designed to honor the park’s original vision.

“We are currently in the midst of one of the most extraordinary periods of expansion in our history,” Chapek said. “We are always pushing the boundaries of what’s possible as we deliver world-class experiences and attractions, new hotels and entertainment, itineraries and destinations for our guests.”

Destination D attendees were excited to get the first in-person look at the Disney Skyliner gondolas which will start transporting park guests in fall 2019. The audience also celebrated Disney’s #ShareYourEars campaign by participating in a group photo, led by Chapek and Mickey Mouse. Chapek announced that Disney will add a second phase to the #ShareYourEars campaign in honor of Mickey’s 90th Anniversary. From Nov. 18-27, participants can take a photo showing off their “Mickey Mouse ears” – or any creative “ears” – and upload it to Facebook, Instagram or Twitter. For every public post with #ShareYourEars, Disney will donate $5 to Make-A-Wish, up to $1 million, for a total of up to $3 million. This is the third year in a row that Disney has run this campaign with Make-A-Wish

Since Star Wars: Galaxy’s Edge was announced at D23 Expo 2015, fans have been eager to learn more. Chapek announced that guests can take the controls in one of three unique and critical roles aboard Millennium Falcon: Smugglers Run. On Star Wars: Rise of the Resistance, guests can join an epic battle between the First Order and the Resistance – including a face-off with Kylo Ren. These experiences, paired with the land’s interactive components and optional integration with the Play Disney Parks app, will invite guests to live their own Star Wars stories in a galaxy far, far away.

Chapek also provided a sneak peek at the groundbreaking Star Wars resort coming to Disney World. This multi-day, fully immersive adventure will take guests aboard a luxury starship with all the features expected of a first-class hotel, including dining, recreation, and accommodations, all authentic to the Star Wars universe.

Imagineers have been hard at work creating Mickey & Minnie’s Runaway Railway, using breakthrough technology to transform a two-dimensional cartoon into an amazing real-world experience. The first-ever ride-through attraction themed to Mickey Mouse – set to open in fall 2019 – will feature a new original story and lovable theme song as it takes guests on a journey inside the wacky and unpredictable world of Disney Channel’s Emmy Award-winning Mickey Mouse cartoon shorts.

Following the kickoff of World’s Biggest Mouse Party earlier this year, the festivities continue at the Disneyland Resort with Get Your Ears On – A Mickey and Minnie Celebration, which will bring new entertainment, food and merchandise to the resort. On Jan. 18, “Mickey’s Mix Magic” will light up the night at Disneyland Park with all-new music, projections and lasers that set the scene for an epic dance party that takes over almost the entire park. The party will get even bigger when the fan-favorite Mickey’s Soundsational Parade returns to the resort in January 2019 featuring an all-new float with Mickey himself, who will lead the celebration down Main Street U.S.A.

Over at Walt Disney World, from Jan. 18 to Sept. 30 Mickey & Minnie’s Surprise Celebration at Magic Kingdom will feature new food, merchandise and entertainment, including a dance party with Mickey, Minnie and their friends, and a chance to meet Mickey and Minnie together in their new birthday outfits. On the high seas, Disney Cruise Line will welcome Mickey & Minnie Surprise Party at Sea, an all-new high-energy deck party on the Disney Fantasy next summer.

Chapek also announced an all-new cinematic nighttime experience, Wonderful World of Animation, coming to Disney’s Hollywood Studios on May 1 as part of the park’s 30th anniversary. The show will use state-of-the-art technology to take guests on a magical journey through more than 90 years of Disney animation, all beginning with Mickey.

Chapek shared a look at the recently opened interactive, engaging and artistic Mickey: The True Original Exhibition in New York City, which runs through Feb. 10, 2019, (tickets can be purchased at Disney.com/MickeyTrueOriginal).

At World Showcase, Chapek revealed that the Ratatouille experience coming to the France pavilion at Epcot will be called Remy’s Ratatouille Adventure. Guests will also enjoy a brand new Beauty and the Beast sing-along, created by Don Hahn, producer of the animated and live-action versions of the film. There will also be an update to the O Canada! 360-degree show.

For IllumiNations fans, Chapek announced an all-new, transformative spectacular set to debut in 2020. It will celebrate how Disney music can inspire people from around the world, featuring massive floating set pieces, custom-built LED panels, choreographed moving fountains, lights, pyrotechnics and lasers. Before that new show debuts, there will be a limited-time experience called Epcot Forever, a true celebration of this timeless park. Debuting in fall 2019 and set to classic Epcot tunes, the show begins with a spark of imagination that quickly grows into an epic spectacle of fireworks, music, lighting, lasers, and choreographed, special effects kites.

During his presentation, Chapek unveiled details about Reflections – A Disney Lakeside Lodge, a deluxe, nature-inspired resort coming to Orlando that will feature more than 900 hotel rooms and proposed Disney Vacation Club villas. Chapek also offered a sneak peek at Disney’s Riviera Resort, inspired by the European grandeur Walt Disney experienced in his travels along the Mediterranean coastline. Projected to open in fall 2019, this proposed resort will be the 15th Disney Vacation Club property.

To keep on top of all the exciting developments at Disney Parks, Experiences and Consumer Products, visit disneyparks.disney.go.com/blog. 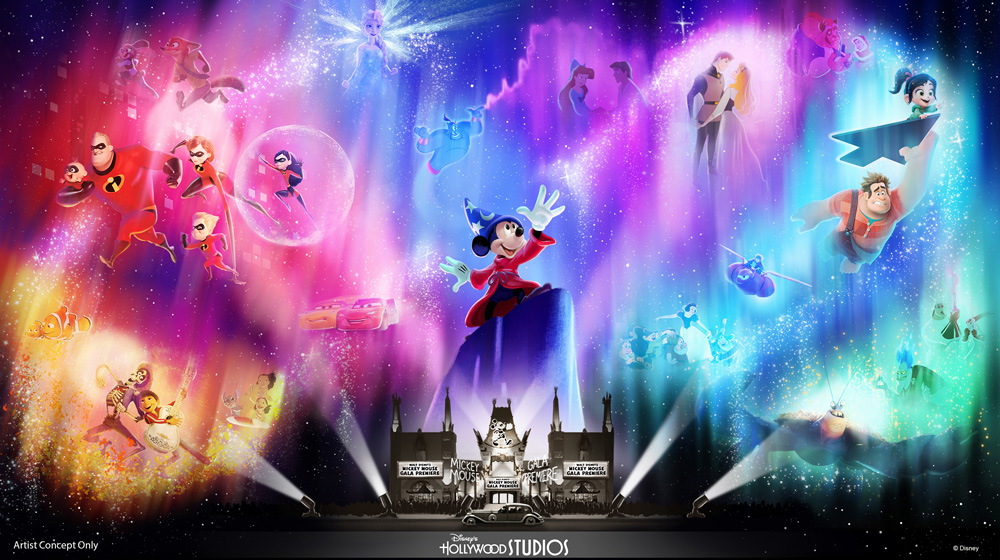 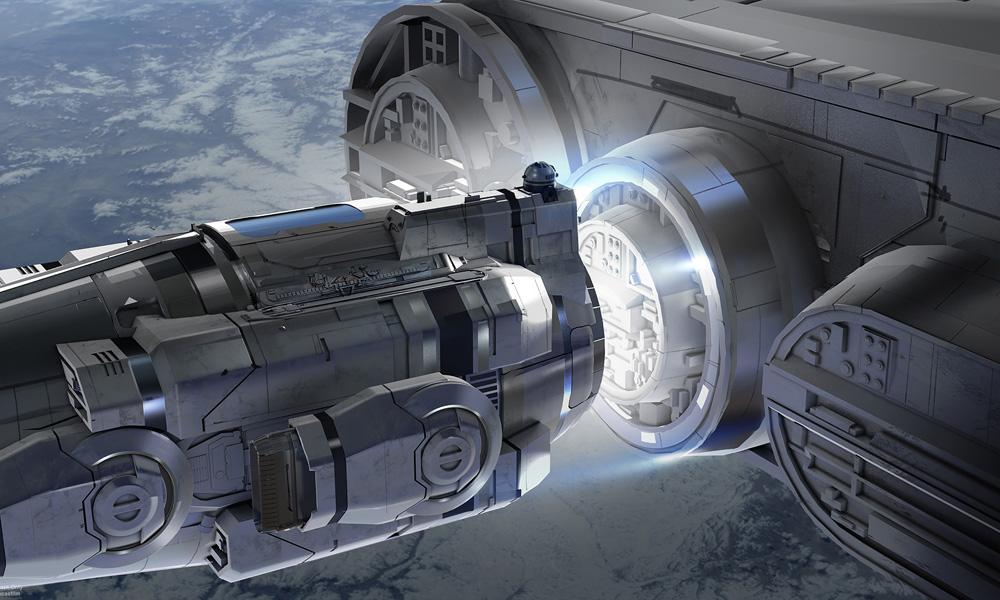 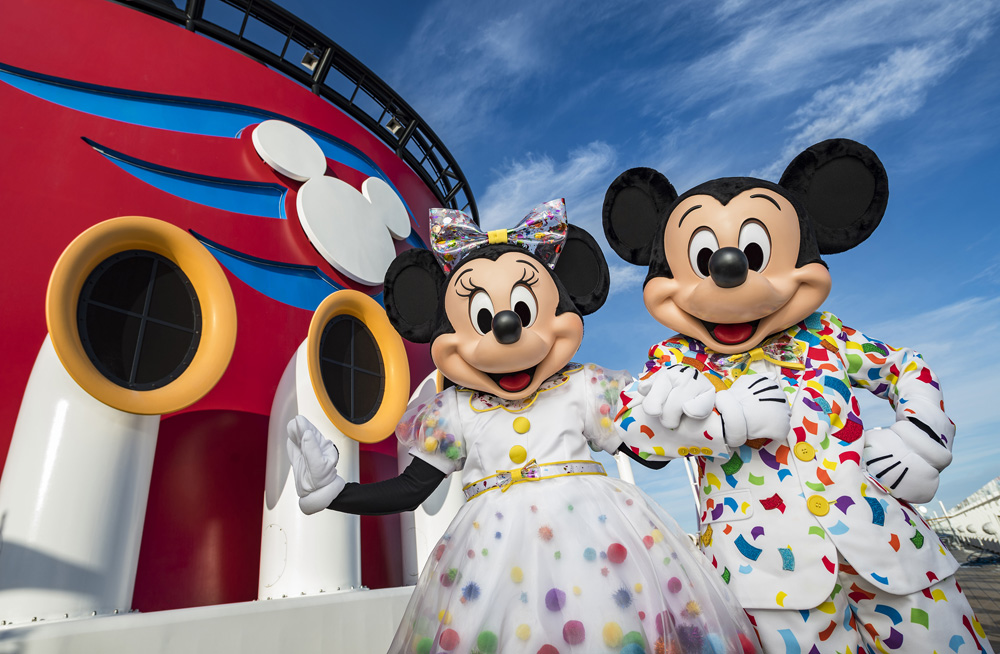