Fans of Disney animation are invited to spend two magical days celebrating the art, storytelling, music, voices, imagination and innovation of the studios’ benchmark films at Destination D: 75 Years of Disney Animated Features, set to take place August 11 and 12 at the Disneyland Hotel in Anaheim, Calif. this year. The two day event will give guests a glimpse at never-before-seen artwork, photos and film clips and exposure to living legends of the animation world.

The Diamond Level passes are sold out, but you can still score a standard pass for $225 (tickets and updates available at d23.disney.go.com). Some highlights:

Snow White and the Seven Dwarfs Still “The Fairest of them All”. A salute to the film and presentation of the still with appearance by Marge Champion, live-action reference model for Snow White, and Walt Disney Family Museum CEO Gabriella Calicchio to discuss an upcoming Snow White exhibition and new D23 opportunity.

Exclusive Screening: Waking Sleeping Beauty – The Director’s Cut. Exclusive to D23 Members and their guests, this special screening of the 2010 documentary will be hosted by director Don Hahn. 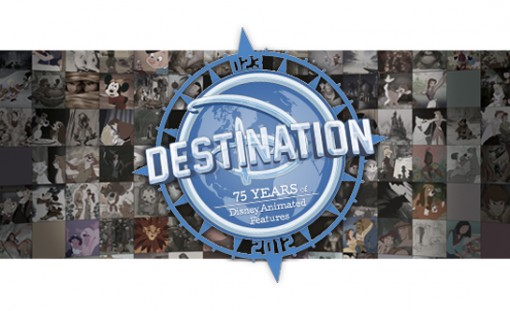