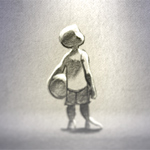 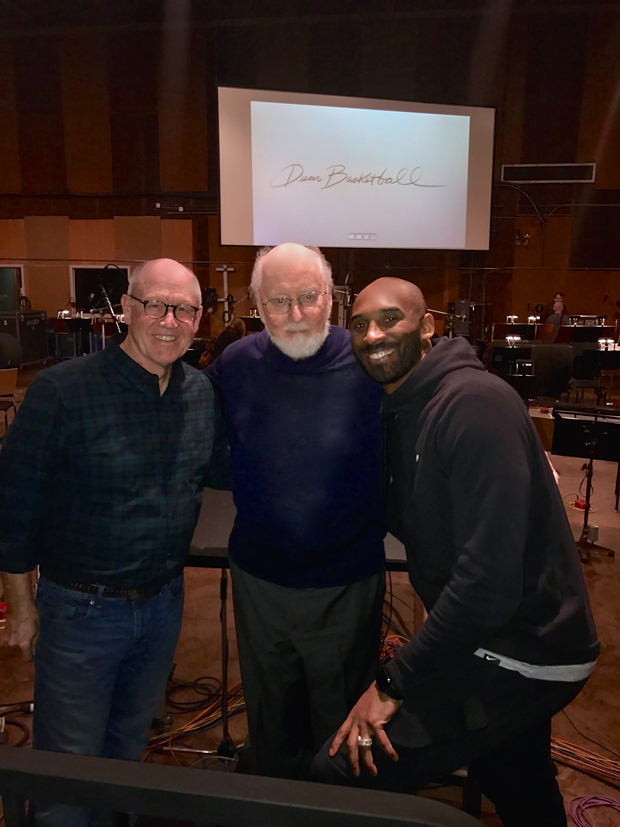 NBA legend Kobe Bryant taps animation icon Glen Keane to animate him for the short Dear Basketball, which turned out to be an eye-opening experience for both superstars. The collaborators will participate in a panel on the making of the short during the World Animation and VFX Summit on Oct. 30.

The animated short Dear Basketball blends the work of three celebrated artists: Kobe Bryant, Glen Keane and John Williams. Pencil drawings of Bryant as both a Los Angeles Lakers superstar and a small boy leap across the screen to Williams’ understated score. The narration is Bryant’s farewell to the sport he loved: Recognizing that his body can no longer endure its demands, he accepts the inevitably of retirement.

Bryant, who said he had been interested in animation even before he watched the Disney features with his daughters, approached Keane after seeing the short Duet. “Animation can capture the emotion in the story in a much more compelling, visual way than live action,” he says in a recent interview. “It felt like going from writing the piece to creating something animated was a natural progression.”

In person, Bryant is thoughtful and soft-spoken: “Even though, in his own words, I ‘couldn’t have picked a worse animator for basketball,’ I felt Glen and I shared an emotional connection that enabled him relate to the piece at a deeper level. He was at a time in his career that was parallel to my own — leaving Disney after so many years and starting something new.

“Also, Glen came to the sport with fresh eyes. Someone who’s been watching basketball their whole lives — and playing it — tends to miss the small moves, the details. When you come at with fresh eyes, you look at every single thing because it’s all new.”

Keane, who hadn’t touched a basketball since high school gym class, laughs: “Everything I learned about basketball, I learned from Kobe, so I think if I went on the court, I could probably sink the ball a few times. Eric Larson said that observation is the key to what you are going to animate. I spent a lot of time studying footage of Kobe’s greatest plays and discussing them with him: Kobe remembers everything about those moments, and talked about what was going through his mind.”

“I believe I know Kobe better than he does, because he hasn’t had to draw himself. I’d see the way his knees would angle in as he was shooting the ball, the way he’d kick his feet out to throw his hips around to give himself some lateral movement,” Keane continues. “It was really important to me to animate not just the physical action but what he was thinking. Ollie Johnston told me, don’t animate what the character’s doing, animate what the character’s thinking. Even an athlete going through incredible physical moves is driven by his thought process.”

Although Keane had worked from live-action reference footage before, animating a figure as familiar as Bryant posed special challenges. “Kobe has a face you want to draw, but in animation, you draw up to 24 images per second — that’s a heck of a lot of drawings,” he says. “I was trying not only to draw a moving sculpture in space, but one that had to look exactly like Kobe. It’s not like drawing Beast — I can draw him any way I want. Nobody knows what Beast really looks like. But Kobe, everybody knows. It was the most difficult thing I’ve ever animated.”

Although Bryant had seen himself on film countless times, he was surprised when saw the finished animation. “It was kind of surreal: It’s one thing to have a vision in your mind of creating a film, it’s another entirely to see the finished product,” he says. “I had to pinch myself: I’m sitting in a theater watching a piece that I wrote that’s been animated by Glen Keane and scored by John Williams. Where did this happen?”

“I believe there’s so much we can do in animation, particularly with sports,” says Bryant. “This film was a good opportunity to move a viewer through three acts, all centered around sport. There wasn’t anything added to elevate the drama, which many people think is needed for a sports film. We wanted to show we can create a sense of emotional connection through a piece that’s centered completely around the sport itself.”

“The problem with watching sports on TV is nothing has been edited,” Keane says. “You aren’t being directed to appreciate the line of action of somebody’s body as they’re pushing themselves through the air or the arc of a hand throwing a ball. You can direct the viewer’s eye with animation. I believe you’ll appreciate Kobe Bryant even more watching him animated: There’s something revealed that’s coming from inside of him. Animation can highlight that in ways nothing else can.”

This story originally appeared in the August/September issue of Animation Magazine (No. 272).