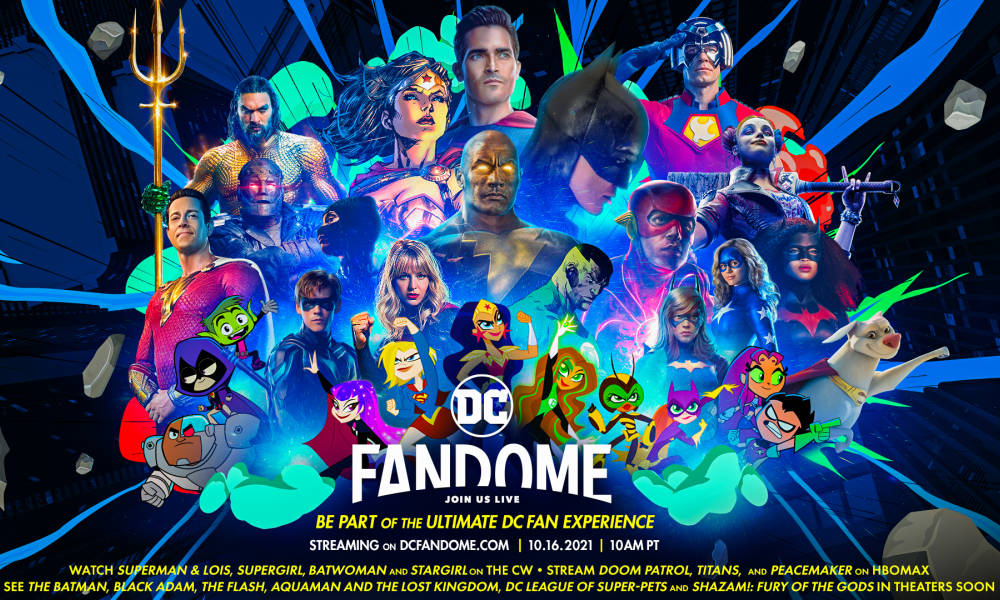 Superfans of all ages got their first peek at the exciting titles and megawatt stars lined up for this year’s DC Kids FanDome and DC FanDome in the newly unveiled final trailers. Kicking off Saturday, October 16, the free, virtual fan-first experience is filled with epic content from DC’s biggest movies, games, shows and comics.

Youngsters can enter the DC Multiverse starting at 9 a.m. PT on Oct. 16 for their own dedicated kid-friendly experience in the DC Kids FanDome. With Robin and the Teen Titans as their guide, alongside special co-host Nandi Bushell, DC fans of all ages can expect a fun morning full of surprises, sneak peeks, and exclusive reveals featuring their favorite DC animated shows and characters. As previously revealed, animation highlights of the Kids event include a sneak peek at new series Batwheels and what’s next for DC Super Hero Girls and Teen Titans Go!

DC FanDome 2021 will run about four hours long and will also be available for streaming on Twitch, YouTube, Facebook and Twitter, giving fans more ways to watch the events unfolding in DC FanDome’s Hall of Heroes.