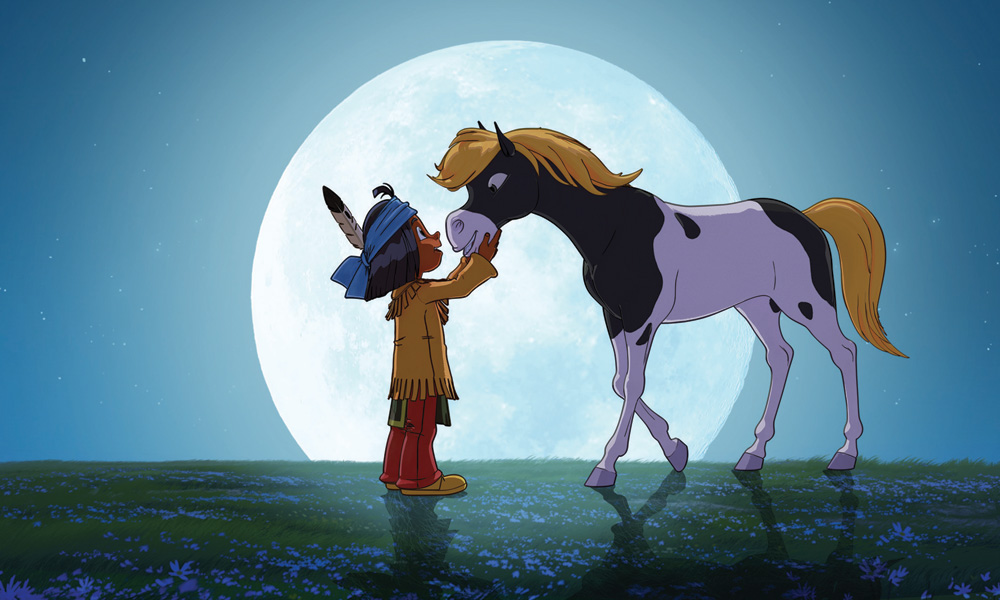 As part of the fourth Animation Day initiative at Cannes — presented by the Marché du Film and the Annecy Festival — the new animated feature Yakari will be one of five international projects presented on May 19. The film is produced by Dargaud Media in co-production with WunderWerk and Belvision.

“It is a great honor to be included in the selection, and very encouraging for our film, which is currently in the throes of production. Our hero Yakari will be happy to leave the Great Plains and tread the paving stones of the Croisette for the first time. We are thrilled to have this opportunity to reveal some images from the film for the very first time,” said Maïa Tubiana and Caroline Duvochel, the film’s producers at Dargaud Media.

This will be the first animated feature adapted from one of Europe’s best-known, best-selling comic-book series. Currently published by Le Lombard, Yakari was created in 1969 by Job and Derib and comprises 39 volumes. The story centers on the incredible friendship between a young Sioux boy named Yakari and his pony, Little Thunder.

Yakari is being made for a family audience in 3D CG with 2D rendering directed by Xavier Giacometti, co-directed by Toby Genkel. Yakari is due in theaters in 2020; BAC Films is handling distribution.