D23: The Official Disney Fan Club has launched its “23 Days of Disney Christmas” event, a collection of work contributed by artists from the company, including Walt Disney Animation Studios, Pixar Animation Studios, Disney Television Animation, Walt Disney Parks and Resorts’ Disney Design Group, Disney Consumer Products, and more. Each day, starting December 3, D23.com will unveil a new piece of art that celebrates the holidays. The theme for 2013 is “The Ultimate Gift”—and D23 asked Disney artists what their favorite characters would most want for the holiday. In addition, 23 lucky D23 Members now have the chance win a lithograph of the work.

To add to the fun, D23 has launched the “23 Days of Disney Christmas Sweepstakes,” in which members of the Official Disney Fan Club can enter for a chance to win a lithograph of one of the pieces of artwork. D23 Members legally residing in and physically located within the 50 United States or the District of Columbia may enter the sweepstakes beginning today through 10:00 AM (PT), December 26 at D23.com. Winners will be chosen at random and will receive one (1) lithograph. Only one (1) entry allowed per D23 member. For complete rules, prize details, and eligibility please visit D23.com. No purchase required. Fans can join D23 at Gold, Silver, and Free Membership levels at D23.com and at www.disneystore.com/D23. Void where prohibited. 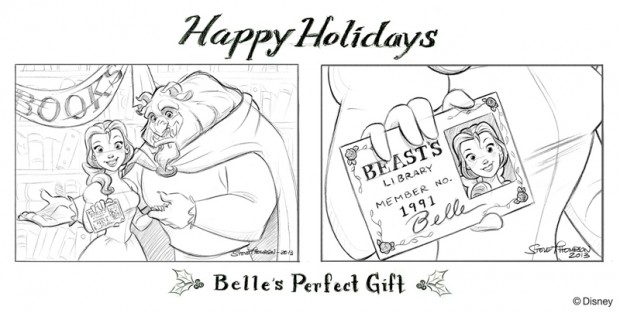 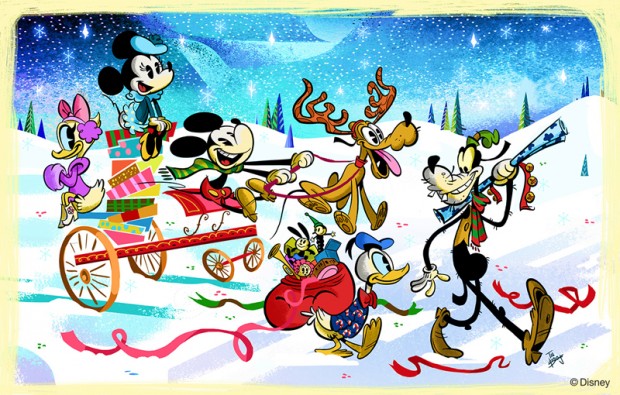