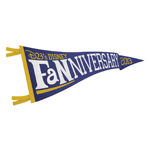 As I sat in my seat at the Newark Museum auditorium, I realized that I was spending an afternoon ogling lost Ferdinand Horvath sketches from the ’30s and also singing along with a TV show theme song from the ’80s. This, in essence, is what the D23 Fanniversary is all about.

If the goal of the D23 committee is to emphasize the long and immensely broad entertainment company that Disney has become, they did a terrific job. The video asserts, “Every second in every corner of the globe, someone is experiencing the Disney difference.” The Fanniversary is, in effect, a 10-city touring show (akin to Walt’s original concept of Fantasia, perhaps?), in which Disney fans large and small can congregate. There were definitely far more kids-at-heart present than actual kids, which made the presentation by hosts Justin Arthur and Billy Stanek a little more sophisticated.

“I love the Fanniversaries,” says Stanek, writer for Disney Twenty-three Magazine and editor for D23.com, “because we get to celebrate all of these great shows and attractions that we don’t normally get to really talk about. They also give us the opportunity to go into the archives and open up boxes that were stowed away back in the 1970s or the 1980s or just a couple years ago, and go through them and look for things that our fans might like, and that’s where we come up with all of these old clips and concept art.” 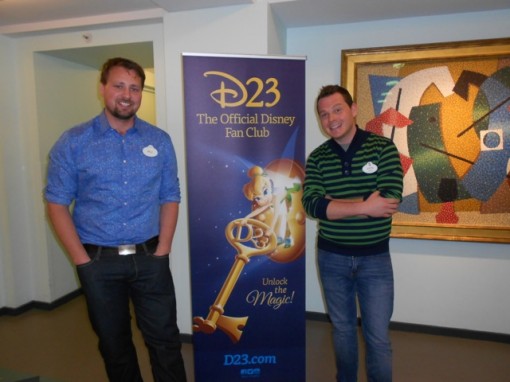 The screening commemorated everything Disney that celebrated an anniversary in intervals of five years, starting with the company itself (1923), Mickey Mouse and Steamboat Willie (1928), The Three Little Pigs (1933), and so on. As the reps gave a little background to each item being honored, they presented rare visuals from the vault. For instance, the Mouse was honored with a clip of Walt from a 1958 radio interview and a 1963 Canadian Broadcasting Company interview, as well as a 1998 clip of John Hench on painting Mickey’s fourth official portrait. For The Three Little Pigs, we were shown publicity stills of the voice artists at the microphone, as well as a rare 1958 re-enactment (strangely romanticized) of how the song came about, starring Walt, Ted Sears, Ward Kimball, and with Frank Thomas sitting in for Frank Churchill. As a glutton for Golden-age Disneyana, I took an eyeful of the Horvath sketches for the unproduced 1938 short, Mickey’s Toothache. Of the nine drawings, I only recognized one – the rest, assembled publicly for the first time, were a bold venture into dark, Fleischer-like absurdity.

“Sometimes what we include depends on what we have that’s cool to show,” says Arthur, member of the Walt Disney Archives. “Something might be a great movie or attraction, but we might not have something cool to accompany it. We started with a much longer version of the show and we had to work our way down, because watching us talk for 90-minutes seemed like enough! You kind of get our ‘Best Of’.”

Other anniversaries being celebrated included Mickey Mouse Magazine (1933) which gave a shout-out to Comics & Stories, Disney Adventures and every other monthly printing that came since; as well as the start of Disney merchandising. Arthur and Stanek pointed out that the Ingersol Watch company was in the red before making its deal with Disney to put Mickey on the face – unsurpassed product appeal best illustrated in the 1978 stop-motion short, The Collector, also screened at the event. The hosts actually did share quite a bit more rare trivia that I never knew: For the 1938 short Ferdinand the Bull, the voices of young Ferdinand and his mother are none other than Walt Disney and Milt Kahl, respectively.

It became increasingly clear to me that this was more than just pretty pictures on a screen; this was the jackpot for every Disney trivia quiz ever. I learned, for instance, Al Taliaferro began the Donald Duck daily comic strip in 1938, in whose panels he created Huey, Dewey and Louie. José Carioca, Donald Duck’s South American pal, was created for Saludos Amigos by artist Herb Ryman before he became an Imagineer. Mentioning Saludos Amigos (1943) was a terrific opportunity to profile Mary Blair, which elicited wild applause from the entire auditorium at the mere mention of her name. These were my kind of people.

After Chip and Dale were honored with a clip of their first film, Private Pluto (1943), and the entire theme song of their 1989 TV show (“I love me some Disney Afternoon,” admitted Arthur), I found myself more interested in the Disney nature docs than I ever thought I would be. Seal Island was produced in 1948, inspired by B-roll footage from a trip to Alaska, and although RKO refused to help finance the film, it won an Oscar anyway. “Take that, RKO,” said Stanek, in a moment of Disney solidarity.

A special moment was shared when the late Roy E. Disney was shown talking about the True Life Adventures series, one of his first projects at the company. He told of an interaction with Walt that stayed with him more than 50 years later: they were filming ducks coming in for a landing on a frozen lake, and just as one duck was about to collide with a dozen waddling others, the cameraman stopped filming. Walt asked for the rest of the footage, insisting that he had seen it before. Roy’s storytelling was intercut with the original duck raw footage, as well as archival footage of old Walt looking irate and persistent, which breathed new life into an old story and got big laughs from the audience.

By the time the presentation had reached 1958, the main topics had veered away from animation and into Disneyland. The Grand Canyon Diorama, (billed as the longest in the world and designed by artist Claude Coates), the Columbia sailing ship (built to scale after the first American ship to circumnavigate the globe), and the Alice in Wonderland ride were all honored. A rare color home movie of the induction of the ride was shown, starring Walt and frightening costumed characters that are better fit for Donnie Darko. For the D23 audience, Katheryn Beaumont recorded a special testimonial about her experience recording the narration for the ride’s 1983 revival.

I was happy to see that the archival documentary Backstage Disney, as well as host John Culhane, found its way into the show’s final lap on two separate occasions. To mark the 25th anniversary of Who Framed Roger Rabbit (1988), we were given a glimpse of Culhane walking the Disney halls as an early Roger crosses the stage behind him. A few other viz-dev animation tests were shown, including one rare scene of a lost character, “Captain Clever.” Oliver & Company also celebrated its anniversary, with Arthur pointing out that this film was the first to have a computer animation department. To honor the 20th anniversary of Tim Burton’s The Nightmare Before Christmas, we were treated to a fascinating clip of Culhane visiting a young Burton and long-time collaborator Rick Heinrichs at the Disney studio.

Attendees of the event were invited to view two very special pieces of memorabilia from the Archives themselves: an original jack-o-lantern set piece from Nightmare, and a hand-crafted Gaucho doll Walt received during his staff visit to Argentina. The line to view these items up close stretched outside the lobby.

By the time the event was over, it was clear to me that the Disney legacy is more than what it means to me personally. For me, it’s the classic animation, but for others, the attractions are their main attachments; for someone else it may be the live-action movies or even the cruise lines. The Walt Disney Company is chiefly concerned not just with selling a product or even the name associated with that product, but with memories. There’s no denying that everything in the Disney company line is somehow linked to the appeal and creativity that extends from the name Disney itself, and the feelings that name inspires. It’s enough to make you want to sing a TV show theme song in a room of like-minded strangers.

Jake Friedman is a New York-based animator and animation researcher. Visit him at www.jakefriedman.net 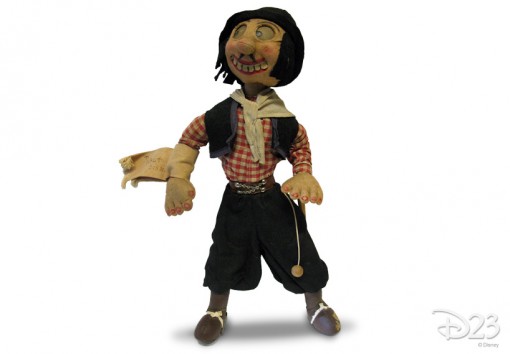 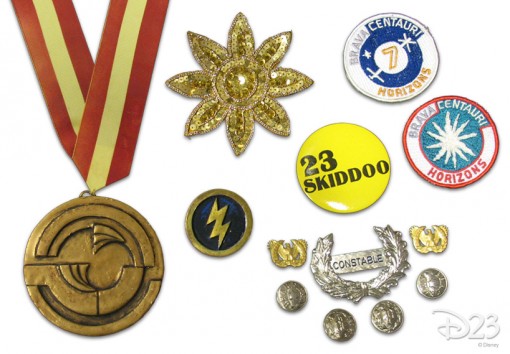 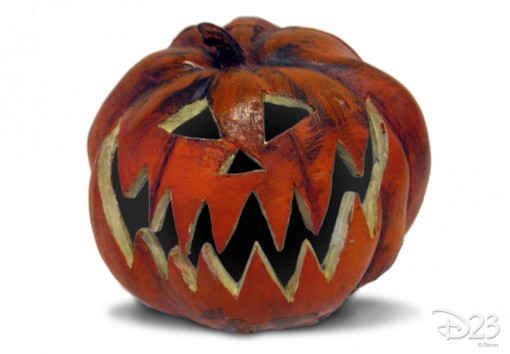 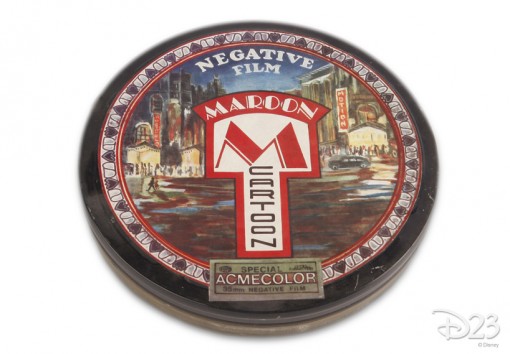 MIPTV: Nelvana Invites ‘Zack’ & ‘Mike’
A Face Made for Voice-Over