“Disney, Marvel, Pixar, and Lucasfilm are some of the most powerful and beloved brands in entertainment,” said Alan Horn. “We have so many incredible cinematic adventures ahead of us, and it is especially exciting to be able to share the exclusive details with our biggest fans first at the D23 Expo.”

Here’s the official recap of the Saturday presentation: 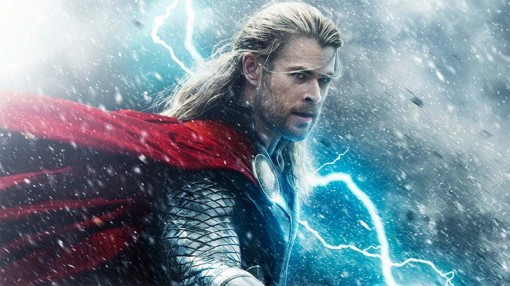 Marvel’s Thor: The Dark World thundered into D23 with an introduction by its producer, Marvel Studios President Kevin Feige, who then introduced stars Natalie Portman, Tom Hiddleston and Anthony Hopkins to the crowd.

Thor: The Dark World continues the big-screen adventures of Thor, the Mighty Avenger, as he battles to save Earth and all the Nine Realms from a shadowy enemy that predates the universe itself. Thor fights to restore order across the cosmos…but an ancient race led by the vengeful Malekith returns to plunge the universe back into darkness. Faced with an enemy that even Odin and Asgard cannot withstand, Thor must embark on his most perilous and personal journey yet, one that will reunite him with Jane Foster and force him to sacrifice everything to save us all.

Marvel’s Captain America: The Winter Soldier stars Chris Evans and Anthony Mackie were on hand to greet the audience, which was then treated to a glimpse of Captain America in action via clips chosen especially for D23.

Captain America: The Winter Soldier finds Steve Rogers, aka Captain America, living quietly in Washington, D.C. and trying to adjust to the modern world. But when a S.H.I.E.L.D. colleague comes under attack, Steve becomes embroiled in a web of intrigue that threatens to put the world at risk. Joining forces with the Black Widow, Captain America struggles to expose the ever-widening conspiracy while fighting off professional assassins sent to silence him at every turn. When the full scope of the villainous plot is revealed, Captain America and the Black Widow enlist the help of a new ally, the Falcon. However, they soon find themselves up against an unexpected and formidable enemy—the Winter Soldier.

Feige then introduced the epic space adventure Marvel’s Guardians of the Galaxy and thrilled the crowd with a clip from the film, which went into production in London in June. Based on the Marvel comic book that first appeared in 1969, Marvel’s Guardians of the Galaxy is produced by Kevin Feige, directed by James Gunn from a story by Nicole Perlman and Gunn and screenplay by James Gunn, and stars Chris Pratt, Zoe Saldana, Dave Bautista, Lee Pace, Michael Rooker, Karen Gillan, Djimon Hounsou, with Benicio del Toro, John C. Reilly and Glenn Close. The film is slated for an August 1, 2014 release. 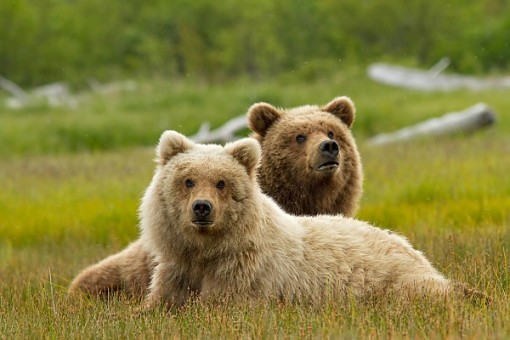 Horn then shared some news about Disneynature’s newest big-screen adventure Bears. He plans to support National Parks through opening-week ticket sales. See “Bears,” Protect Our National Parks invites moviegoers to see the film during opening week (April 18-24, 2014) and Disneynature, via the Disney Worldwide Conservation Fund, will make a contribution to the National Park Foundation to protect wildlife and wild places across the National Park system. D23 Expo fans were among the first to see the film’s new trailer, which is slated to premiere online next week.

Disneynature’s True Life Adventure Bears showcases a year in the life of a bear family as two impressionable young cubs are taught life’s most important lessons. Set against a majestic Alaskan backdrop teeming with life, their journey begins as winter comes to an end and the bears emerge from hibernation to face the bitter cold. The world outside is exciting—but risky—as the cubs’ playful descent down the mountain carries with it a looming threat of avalanches. As the season changes from spring to summer, the brown bears must work hard to find food—ultimately feasting at a plentiful salmon run—while staying safe from rival male bears and predators, including an ever-present wolf pack. Bears captures the fast-moving action and suspense of life in one of the planet’s last great wildernesses—Alaska! 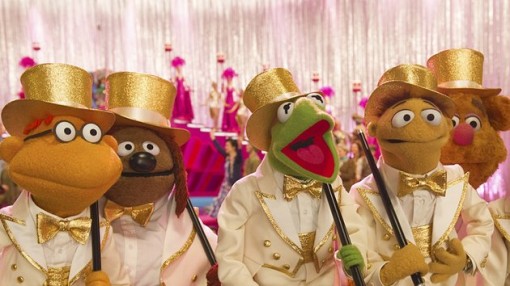 Directed by James Bobin and produced by David Hoberman and Todd Lieberman, Muppets Most Wanted takes the entire Muppets gang on a global tour, selling out grand theaters in some of Europe’s most exciting destinations, including Berlin, Madrid and London. But mayhem follows the Muppets overseas, as they find themselves unwittingly entangled in an international crime caper headed by Constantine—the World’s Number One Criminal and a dead ringer for Kermit—and his dastardly sidekick Dominic, aka Number Two, portrayed by Gervais. Fey is featured as Nadya, a feisty prison guard. Bobin co-wrote the screenplay with Nicholas Stoller, who is also executive producer with John G. Scotti. Featuring music from Academy Award-winning songwriter Bret McKenzie, Muppets Most Wanted hits the big screen March 21, 2014.

Disney’s Into the Woods celebrated its first public introduction as Sean Bailey shared some details with the audience about the highly anticipated musical. Rob Marshall, the talented filmmaker behind Chicago and Pirates of the Caribbean: On Stranger Tides is set to helm the musical, which stars Meryl Streep, Johnny Depp, Anna Kendrick, Chris Pine and Emily Blunt. Marc Platt, will produce along with Marshall, John DeLuca and Callum McDougall.

The film is slated for a December 2014 holiday release.

Sean Bailey thrilled the D23 audience with an exclusive, very early, sneak peek at the vision of Cinderella, courtesy of director Kenneth Branagh. Though many of the elements are still in development and pre-production, like Cinderella’s gown, the audience enjoyed getting a taste of what they could expect when Disney’s live-action version of the classic fairy tale opens in theaters on March 13, 2015. 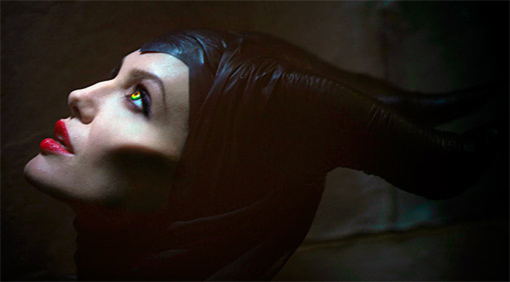 Angelina Jolie joined Sean Bailey on stage after the audience had a first look at Maleficent. Starring as the title character in the highly anticipated live action film, Jolie chatted with Bailey about the film before exiting to wild applause. Maleficent is the untold story of Disney’s most iconic villain from the 1959 classic Sleeping Beauty. A beautiful, pure-hearted young woman, Maleficent has an idyllic life growing up in a peaceable forest kingdom, until one day when an invading army threatens the harmony of the land. Maleficent rises to be the land’s fiercest protector, but she ultimately suffers a ruthless betrayal—an act that begins to turn her pure heart to stone. Bent on revenge, Maleficent faces an epic battle with the invading king’s successor and, as a result, places a curse upon his newborn infant Aurora. As the child grows, Maleficent realizes that Aurora holds the key to peace in the kingdom—and perhaps to Maleficent’s true happiness as well.

The film also stars Sharlto Copley, Elle Fanning, Sam Riley, Imelda Staunton, Miranda Richardson, Juno Temple and Lesley Manville and is produced by Joe Roth and directed by Robert Stromberg. Linda Woolverton, the screenwriter of Alice in Wonderland, The Lion King and Beauty and the Beast, wrote the screenplay. Maleficent opens on July 2, 2014. 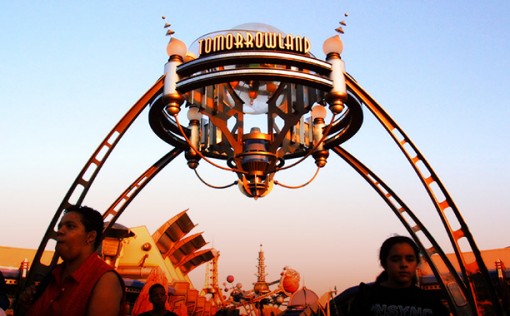 The D23 audience was also treated to a glimpse into the mysteries surrounding Tomorrowland as Sean Bailey and filmmakers Brad Bird (director, co-writer, producer) and Damon Lindelof (co-writer, producer) talked about the inspiration of the secrets of the black box, which was featured in a short behind-the-scenes piece screened for the audience about the visionary Walt Disney. Although the audience was buzzing with questions, Bailey remained coy, but then announced a special, surprise Tomorrowland exhibit opening in the afternoon on the D23 floor that would reveal the contents of the box and more. Starring George Clooney, Hugh Laurie, Britt Robertson, Raffey Cassidy and Thomas Robinson, the action-packed adventure hits theaters December 12, 2014. 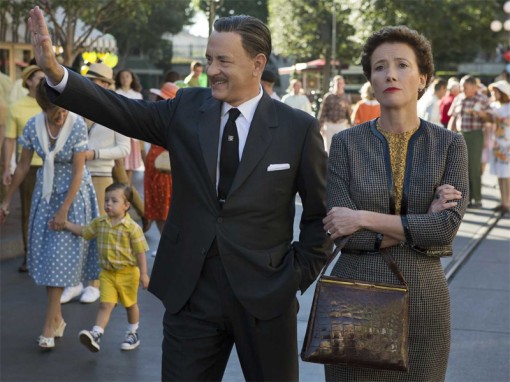 Sean Bailey set up the story and cast of Saving Mr. Banks, the untold backstory of how Mary Poppins made it to the screen, and reminded everyone that “the classi is about to celebrate its 50th anniversary. After showing two clips from the movie to the D23 audience, Bailey introduced Jason Schwartzman and B. J. Novak, who portray the famous composing team of Richard and Robert Sherman, respectively, in the film. In a big surprise moment, Schwartzman and Novak welcomed Mary Poppins composer Richard Sherman on stage to greet the excited audience. The two talented actors then engaged the crowd in a rousing, confetti-filled, grand finale sing-along performance of Let’s Go Fly a Kite.

Emma Thompson and Tom Hanks topline Saving Mr. Banks which is directed by John Lee Hancock (The Blind Side, The Rookie) and produced by Alison Owen, Ian Collie and Philip Steuer. Kelly Marcel and Sue Smith wrote the screenplay.