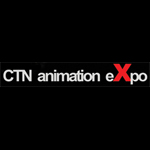 Forget about Thanskgiving! For all of us toon fans, the most-anticipated event of November has to be Burbank’s fantastic CTN Animation Expo. For the second year in a row, event organizer Tina Price has put together an unbelievable gathering of animation industry visionaries, packed with insightful panels and special screenings. Just like last year, the show will take place at the Burbank Marriot/Convention Center (Nov. 19-21). Just ask anyone who was lucky enough to catch the inaugural event: This Expo is a real breath of artistic fresh air.

Among the many highlights this year is a special sneak preview screening of Sylvain Chomet’s The Illusionist, which is already generating major buzz around town, and rare appearances by celebrated French comic-book artist and film designer Jean Giraud (a.k.a. Moebius) and illustrator/character designer Carter Goodrich.

Price, who has been working around the clock to make the second edition even better than the first year, tells us that she’s thrilled the Expo is coming back and upping the ante. She notes, “The show was so successful last year that I don’t want to change anything, just try and make it better and better. For me, one of the highlights is certainly having Jean Giraud/Moebius at the Expo. Another high point is the fact that you can have hundreds of conversations with the best talent in animation. The entire event is the highlights, as these people will never be here together in this way ever again. It’s like you just walked into the greatest studio in the world!”

Price says last year’s experience reinforced the notion that the emphasis has to be on the talent. “Because it was the first time I had done anything of this size, I learned a lot, but it made clear to me that it was all about the artists who create the stories, the animation, the designs and the look and feel of so many great films and memorable characters,” she notes. “The most successful aspect of the Expo was the fact that so much talent came together under one roof. The show was this blank canvas idea, but the talent came and they shared, demonstrated, discussed and presented what it is they know, feel passionate about and have been perfecting in their careers for their entire life and the result was this amazing weekend called the CTN Animation Expo.”

In addition to the panels and screenings, the Expo provides a great opportunity for students and jobseekers to meet up with reps and recruiters from many of the world’s top animation and vfx studios. Price says animation artists are hip to the fact that jobs in this industry come and go, which means there are more open doors. “The skill set to be an artist working in animation is such that when you aren’t working as an in house artist on a film then you’re illustrating books, creating graphic novels, writing stories, producing your own film, designing for advertising, teaching or opening your own studio because those same skills for a career in animation translate into many other fields,” she notes. “Our theme this year is The Renaissance Has Begun and the event and its presenters demonstrate the value of keeping your mind and eyes open to the many opportunities that are ahead. Hope to see you all there!”

For more info and to get your tickets, visit www.ctnanimationexpo.com.

CTN-X=Talent Driven. Putting the talent center stage for the 2nd year in a row, 500 + years world class professional talent will converge for 3-days during “Animation Week” in Burbank Ca.  CTN-X takes place at the Burbank Marriott Convention Center with ample discounted parking, conveniently located near the Burbank Airport and Amtrak Station. Early bird pricing and discounted rates are available to students and professional industry organizations. Join me and make more connections in one weekend than in a year on Facebook at this very different event. Register now as my guest and save 10% on any 1-day or 3-day general pass by using this discount code as my guest ANIMAGX10.

Register now before they are sold out at http://www.regonline.com/CTNX2010

You may also like...
Related Topics:Burbank, CTN, Expo, Moebius, Nov. 19-21, The Illusionist