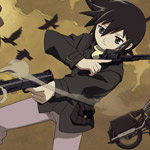 Crunchyroll brightened up the 2017 Anime Expo in LA by announcing a fun lineup of new anime & manga titles coming to its platform, and the first raft of special guests confirmed for the inaugural Crunchyroll Expo — scheduled for August 25-27 in Santa Clara, California (crunchyrollexpo.com), including Yoshitaka Amano, Gigguk, Hiroshi Shimizu and The Chocobros.

Joining the new and upcoming anime slate along with previously announced A Centaur’s Life, Classroom of the Elite, Restaurant to Another World and Saiyuki Reload Blast are:

Knight’s & Magic: A genius programmer and hardcore robot otaku are reborn into a world of knights and magic, where huge robots called Silhouette Knights roar across the land! Now reborn as Ernesti Echevalier, he uses his vast knowledge of machines and programming talents to begin to make his ultimate robot. But his actions have unexpected results…?! The dreams of a robot otaku will change the world! FIrst episode available now for premium users.

Kino’s Journey – The Beautiful World: Kino travels around the world with nothing but her guns (for protection) and talking motorcycle Hermes (for company). She visits many mystical lands, each with its unique customs and people, and learns about the world through their stories, at some times conjuring humor and inspiration or other times piercing cynicism. However, Kino has her own custom, to stay no longer than three days in every town without exception, as she believes it is enough time to learn almost everything important about the place while still leaving time to explore new lands. Coming this fall.

URAHARA: Based on PARK: HARAJUKU Crisis Team!, which began serialization on Crunchyroll Manga and Tumblr in 2015 as part of a collaboration between writer-editor Patrick Macias, artist Mugi Tanaka (aka Oplant), and the PARK store in Harajuku, Tokyo. The story concerns a trio of shop girls – Rito, Mari, and Kotoko – that band together to battle an alien menace intent on removing famous locations and landmarks from the Earth. URAHARA is a new series with a unique worldview and a striking visual style. A new era in Harajuku is dawning! Debuts this fall.

Crunchyroll’s manga app ebook service, which launched earlier this year with over 800 books from Kodansha Comics, is this month adding 400+ titles from Seven Seas. Plus, a trio of exciting new titles join the simulpub service this month: Final Fantasy: Lost Stranger by Hazuki Minase (July 12), Knight’s & Magic by Takuji Katou (July 5) and Restaurant to Another World by Junpei Inuzuka & Takaaki Kugatsu (July 2).

Yoshitaka Amano: As a Japanese artist, character designer, and illustrator, Amano also works in the grounds of scenic art and stage costumes. Hired at Tatsunoko Production at the age of 15, he has created characters for some of the most prominent TV animations in Japan. He then became an independent artist in 1982. He is most well-known for his work as a character designer, title logo designer, and image illustrator for the Final Fantasy series. Since his debut, Amano’s career as an artist has flourished, producing paintings with his unique, mysterious touch in solo shows in cities such as New York, Paris, and London. Crunchyroll is further excited to announce that it will work with Amano-sensei to display an exhibition of his artwork. This marks the first time Amano has exhibited in the U.S. for seven years.

Gigguk: Gigguk is a YouTuber best known for his satirical look into the world of anime and it’s culture. He has done various reviews and rants but is also known for his parody work. 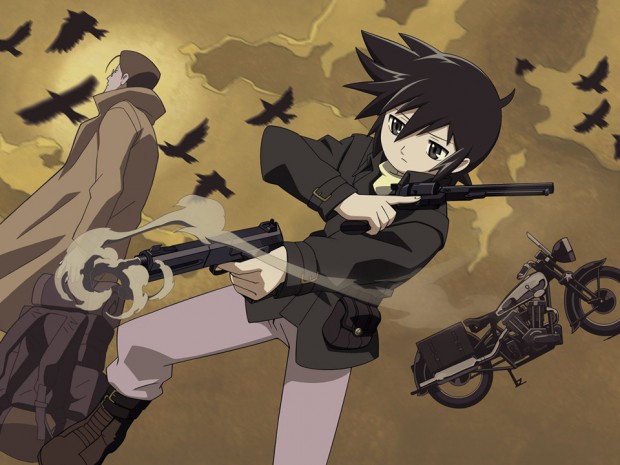